Tuesday of last week was the Primary Election for Georgia. This post is not about the candidate for whom I voted; that is a private decision between the Lord and each individual. It is about the struggle I had in coming to a decision, and why I had that struggle.

Exposure of My Mind 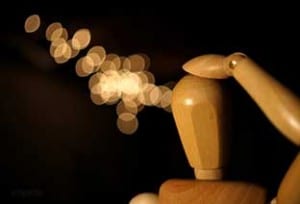 The morning of the election I prayed for God’s will. I prayed passionately for His will and surrendered my body to Him. I asked Him to vote through me. But after a while I began to consider once again several of the candidates. I mentally listed what I thought their character qualities were and weren’t. And I decided who I thought would be the best representative of the Lord and His heart. Yet, even as I drove to the polls, I was in a quandary over what to do. During the drive there, I was told something about one of the candidates, and I knew by my spirit that the Lord had given me His direction. It was settled for me.

What followed, though, was the Holy Spirit’s correction and exposure of my heart. Actually, it was the exposure of my mind. The reason I had struggled so to come to a decision was that instead of just waiting for Him to reveal His will, I wandered off into my own thoughts. I thought I could know by my own evaluation. And it wasn’t something I did just this time. It has been a stronghold in my life, and has too often kept me from moving freely in His will. I only needed to ask and wait for Him, not ask and figure it out. Not ask and rely on my mind, as if I could know. I can’t know anything unless He reveals it to me. My stratagem has been a religion called ‘I know.’

Gratefully, God did reveal His will, but only because I had surrendered earlier in prayer. Thank God. But the struggle, the striving, the effort ensued because I trusted my mind to come to a conclusion rather than waiting for Him to speak and reveal His will.

Idealism: A Life of the Mind 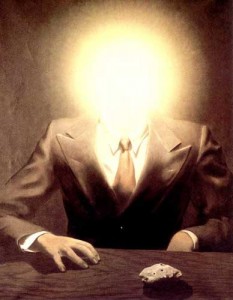 The Spirit exposed two strongholds in my life through Martha in light of this experience: Religion (the religion of ‘I know’) and Idealism. I found several definitions of idealism. One is “the practice of pursuing ideals, especially unrealistically. It is any of various systems of thought in which the objects of knowledge are held to be in some way dependent on the activity of the mind.”

Trusting in the mind is death, and really, that is what I was experiencing—death at my own hands. Romans 8:6 in the Amplified says, “Now the mind of the flesh [which is sense and reason without the Holy Spirit] is death [death that comprises all the miseries arising from sin, both here and hereafter]. But the mind of the [Holy] Spirit is life and [soul] peace [both now and forever].”

My mind is to be the vessel for His thoughts only, utterly surrendered to Him and to His will in every situation. I am so grateful for His correction and His cleansing and forgiveness. My mind, my soul, and my body belong to Him for His purpose, for His indwelling alone.

I can so relate to the struggle you had. I would find myself listening to what others around me were saying about who “we” needed to vote for and why. It wasn’t until I prayed and sought Gods will for who He wanted “me” to vote for that I had peace. May we seek His will instead of man’s or our own.

Yes, it is so. A small but powerful story of abandonment. It is in the small things that we are crowned. I too confess the sin you confessed. Too much strength in the mind…