Have you ever had a Jonah day? I just had one. Angry as can be, I said to God, “I know that You are a gracious and merciful God, slow to anger and abundant in lovingkindness, One who relents from doing harm” (Jonah 4:2). When Jonah said this to God, it was an accusation, not praise. And I’ve been there! I want God to smite someone into the Stone Age, but He goes another way. Suddenly Jonah, the overly dramatic peddler of petulance, starts making a lot of sense. That’s a Jonah day.

From the time I woke up, evil was in my face. It was one of those days when you just can’t get away from how broken and stupid and awful the world is. I felt like I was being bombarded with nimcompoopery without a break. 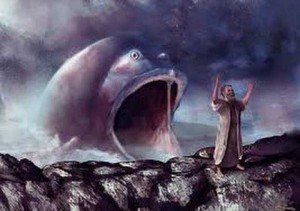 By noon, I’d nearly moved into full Jonah mode, but I wasn’t completely there yet. And then what should I find when I went home for lunch? A bird in my house. How did it get in there? God. God put the bird in my house. And when I finally succeeded in chasing it out the door, God’s bird left me a message. On his way out, that beady-eyed worm-eater evacuated his bird bowels on a jacket I’d just had cleaned. Needless to say, that pushed me into full Jonah mode.

“Satan’s evil puppet monkeys get a free pass and I get pooped on?! By a bird?! IN MY HOUSE?! Are you kidding me right now?! I quit!” I was so mad that my head hurt. And I decided to go read the book of Jonah because I was pretty sure that he made a few good points. I read the whole thing – nice, quick read with only four chapters – but when I got to the last two verses, they gutted me. No doubt the same way they probably gutted Jonah.

But the Lord said, “You have had pity on the plant for which you have not labored, nor made it grow, which came up in a night and perished in a night. And should I not pity Nineveh, that great city, in which are more than one hundred and twenty thousand persons who cannot discern between their right hand and their left—and much livestock?”
Jonah 4:10-11 NKJV 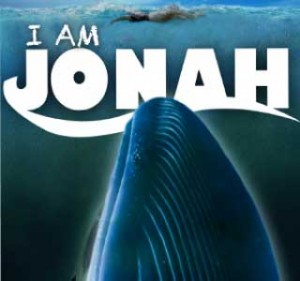 There’s no record of Jonah’s response to God, but I just cried like a baby. And that was the true outlet I needed. I couldn’t handle all the hurt that I was seeing. I couldn’t bear the evil that neither saw nor cared to see how ruthlessly they ravaged another soul. I wanted God to make it stop because I couldn’t handle the weight of it all. But then, I wasn’t meant to, and neither was Jonah.

I asked God’s forgiveness and did what I should have done in the first place: I let go of the pain and rolled it onto Him. I wonder if Jonah ever came to his own repentance before God. I wonder if he let go of the pain and suffering that Nineveh caused him. To my knowledge, there is no ministry of smiting evil puppet monkeys until they’re all piles of ash, but there is a ministry of tears. I hope Jonah discovered that, too, before the end.

[…] And I know somebody that is really wrestling with that. Oh, and Jennifer wrote something about Jonah, that she was seeing that too. “Are You gonna save Nineveh?” (J) Her having her Jonah […]

Oh my Jennifer!… I learn so many new vocabulary words here!
But nimcompoopery has to be the best one by far!!!!! ;p

But today your post speaks of God’s love…it’s so deep, it’s scary…

Yes… I tried to find that word in Google and Thesaurus and UrbanDictionary and all you can think up… and I could not find its definition. Could you please tell me what that exactly means…(“rubbish”, maybe)?

In Portuguese it means pateta, and the Spanish translation of it is bobo. So in this case nimcompoopery would mean bobeira!

All right, Sandy. Thank you. I get the idea perfectly.

In spanish it would be “bobada” rather than “bobería”, but that might change with country of residence… Ha! 🙂 Much love and thank you again, dear!

Jen, your “Jonah mode” was felt so real through. I could “taste” it from here. I think I even got into “Jonah mode” along with you! I am also angry! 🙂 And your tears ALSO resound all over the place…

Presumption or anticipation.
Our judgment, or waiting on Him for his.
Excellent word Jennifer