“Now when the unclean spirit has gone out of a man, it roams through waterless (dry, arid) places in search of rest, but it does not find it. Then it says, ‘I will return to my house from which I came.’ And when it arrives, it finds the place unoccupied, swept, and put in order. Then it goes and brings with it seven other spirits more wicked than itself, and they go in and make their home there. And the last condition of that man becomes worse than the first…”
Matthew 12:43-45 AMP

This parable is the power of choice in stark illustration. God can wipe me clean of every demon, but if I still say ‘No’ to Him and refuse to open my heart to Him alone, I have very much chosen to play host to an even worse collection of darkness than before. One way or another, I am merely a vessel. Nothing that I do or choose will change that. But I am absolutely in charge of deciding what, or rather ‘WHO,’ will fill me. Free will is a gift from God, and He does not override it.

Zac Poonen’s guest post yesterday was a potent reminder of this. I also went back to Martha’s booklet, The Power of Decision. I think that I very much needed to be grounded in the truth of this God-ordained limitation because I was beginning to forget. If God Himself will not violate a person’s choice, then that means that nothing else actually can. 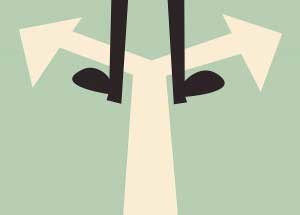 I’ve been praying for someone for a while now, and I realized that I was beginning to be discouraged about it. And the Spirit really gut-checked me on that. Was I discouraged because I believed that it was on me to override their choice? Oops. Yep, that’s where I went. Control and manipulation isn’t prayer, and even prayer, the most powerful call we have, cannot override God-given free will.

We can pray someone into their right mind, giving them complete clarity when choosing, but we can’t override their choice. We can stand on a promise of salvation for a loved one and pray it into fruition, but we cannot effect that salvation through force of will. That’s the way of slavery, and God gave us a choice.

There is a foundational respect and love for the will of another person that the Lord has to build in me, because it isn’t natural to my humanity. I don’t naturally approach someone else with inborn deference for the choices they’ll be making. In fact, as soon as someone makes a choice, my natural response is to question it if it differs from mine. “Are you sure about that?” If their choice remains different from mine, then I might argue with them. “I think you’re making a mistake and here’s why.” If that still doesn’t work, then it’s dominance or manipulation. “If I didn’t love you, then I wouldn’t say anything. But because I do, I’m telling you that you really need to go another way…my way.”

This is who I am apart from God. And no small part of my life is devoted daily to building the foundation of love and respect for free will. It’s a foundation built on and with the love and respect that He alone has for the gift of free will. It’s so important, and not just for the sake of every person I meet. This basic respect for the choices of others very much affects my relationship with Him. 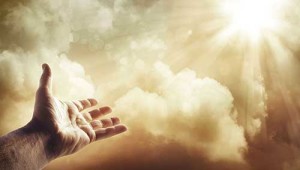 The Lord has His own will, His own choice, always. To approach the Lord as if He doesn’t is to have no fear of Him. And make no mistake, if I don’t receive the building of this foundation in my heart, then it’s only a matter of time before I’m disrespecting God and man equally. I’m not guessing about this one; it’s very personal and it’s quite real. I’m quite desperate to get this particular dealing squared away because it’s so destructive to the people around me. I hate it!

But as always, though I may fail, our Father never does. He is merciful and loving and I’m “confident of this very thing, that He who has begun a good work in you [and me] will complete it until the day of Jesus Christ.” Thank you, Jesus!

“even prayer, the most powerful call we have, cannot override God-given free will. . . We can stand on a promise of salvation for a loved one and pray it into fruition, but we cannot effect that salvation through force of will.” I struggle with this, Jen. In relation to 1 Jn 5:14-15, since we know that God’s Word is His will, can we not be confident that He will answer “Yes” when we base our prayers on His Word? There’s something I’m not seeing or maybe misunderstanding this scripture. Thank you for mentioning Martha’s booklet — will go back… Read more »

WOW Jen–This morning I was in just a position to be able to ‘correct’ someone. If I had, I might have lost their trust and friendship (which is only to Glorify Him, not make me feel good). What I hear in my spirit is Martha saying, ‘WAIT’. Yes, wait upon the Lord.

The Lord has His own will, His own choice, always. To approach the Lord as if He doesn’t is to have no fear of Him. And make no mistake, if I don’t receive the building of this foundation in my heart, then it’s only a matter of time before I disrespecting God and man equally. Yes, that’s exactly what it is. It is exactly that, and I have also entreated Him like a buddy you can twist at will. It is amazing how bad I have been in this area. “Thank you Jesus”, as you say, as He is the… Read more »

Oh Jennifer I am suckered punched in the gut also. Bless you for clarifying and making this so real. I needed this so desperately at this moment. Isn’t the Holy Spirit awesome: THANK YOU for giving us this lesson over again.
I might need it again tomorrow but I can come back here. Now I need to go and re-read and pray this into my life and spirit now.