The Spirit Speaks to Me

Someone (dear and close to me) sent a letter to me that was confusing as it was actually in opposition to what God is saying to me these days. I knew her heart was absolutely true, but she had gone into the logic of her intellect to give advice.

Now the mind of the flesh [which is sense and reason without the Holy Spirit] is death…
Romans 5:6 AMP

She sincerely meant for the letter to help me, but instead it became an instrument of discouragement, which is…death.

She admitted she was ‘trying hard’ to help rather than just saying, ‘I don’t have anything.’ We worked through it – she being utterly teachable – and it became a great life-altering revelation for her and for me. And more, it increased the joy of our relationship.

The Spirit Writes Through Me 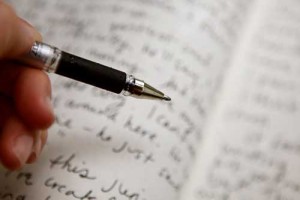 I am on a writing journey at the moment, working on a booklet about Binding and Loosing. The first subject in this booklet is our contracts with death. I was striving so to make this strange topic understandable, and I had many problems. I searched between the several files I had in my computer and it became so confusing. I finally realized I was looking for an important edit of the work from Jennifer and it simply wasn’t there. So I had to ask Jennifer to somehow find it and email it to me again. She was so gracious and knew exactly which file it was. But still I was struggling, even to the point of tears.

I just gave up and looked to the Lord. I heard this:

“The goal is not to make it clear but just to write the words the Holy Spirit gives!”

My writing standard is Ecclesiastes 12:10-11 in the NASB:

The Preacher sought to find delightful words and to write words of truth correctly.

The words of wise men are like goads, and masters of these collections are like well-driving nails; they are given by one Shepherd.

Ah, it turned me around and the manuscript began to flow. It’s HIS problem to make it clear, both in my writing and for the reader. It’s my job to LISTEN to the words of the “One Shepherd.” I had been working but I had left the Spirit behind.

The Spirit Even Cooks for Me 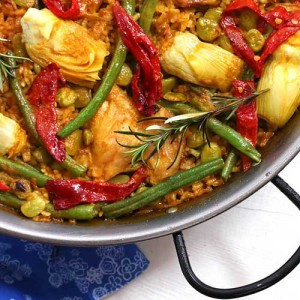 Last night, John and I left our work and went to an exquisite restaurant (and of course, rather expensive). The presentation of the food was the most amazing I have ever seen. It was so beautiful and I was very excited to eat such fresh fish. I usually say, “Jesus, what do YOU want to eat tonight?” And He points out something wonderful. No, this time I chose an entree myself, even knowing I would not like the red pepper sauce because I don’t like peppers. I just left Jesus’ wisdom!

Of course my food was awful. Under seasoned, bland, and the sauce was awful. I said to John, “I didn’t ask the Lord to choose my food.” (Most people would find this extreme, but I have experienced His wise choices many times over – in ALL matters, even food.) John was disappointed because he wanted me to have a special dinner. He said of his menu choices, that he usually just feels around in the dark like a blind man (in his mind) saying, “Where is it, Lord?” One item inevitably comes alive and he orders it.  So his dish was outstanding.

I rarely eat a dessert but I do when traveling. I said, “John, will you let Jesus choose my dessert.” So HE gave me the most delicious chocolate thing, not huge but sooo wonderful. I ate every bite and even shared a wee bit with John.

Following the Spirit in All Things 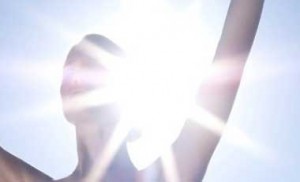 At any time I can be a wandering sheep. I always have to re-learn that the Spirit of Christ should make every choice, no matter how insignificant. Or I will have to ‘eat’ my red pepper sauce and pay almost $30 for it!

I’m so grateful He gives me another chance to obey…and another and another.

“Not all those who wander are lost.”
J. R. R. Tolkien, Fellowship of the Rings

I needed to hear this today. A small group I belong to was saying the other night that God doesn’t care where we live, work, etc. I don’t agree with that and never have. I have always looked for His leading where I go and what I do, and yes on occasion, even what I eat. I need to do more listening in this area as His choices are so much better than mine. I love you dearly, and ask the Lord’s blessing on you and all the Shulamites. Wanda

By the way, Martha… beatiful and exact and perfect and challenging and liberating. (As always His Spirit is).

There are many ways to choose God over our ways… and choosing a dessert and meal seems some of them. I don’t know if His ways are more delicious than the finest chocolate dessert. Probably hand in hand… (you know… chocolate comes from Him, He created it).

As Paul… I did not read through before clicking “send”.

Thank you, Martha, for reminding us that the mind of the flesh is death. That alone is a “selah” and a long pause. How sobering!! And oh how often we lean to our understanding but if we (I) could only learn paths…even in the small decisions so that we can know His best in all things…even in choosing the right dessert! 🙂 Bless you for this to “trust in the Lord with all my heart” then He shall direct my wonderful post!!

oops…didn’t proofread before I hit “send” “if only we can learn to trust in the Lord with all of our hearts” ….

Thank you Martha for this life-giving, critical testament. This is how we will navigate the days ahead.

Learning to listen, and learning to hear. Amen sister

Such an encouraging word , your willingness to share your real life stories. I too am grateful that HE has given me another chance to obey. “I always have to re-learn that the Spirit of Christ should make every choice, no matter how insignificant”…….this post reminds me of my first life scripture: Isaiah 53:6 All we like sheep have gone astray, we have turned everyone to his own way; the LORD has made to light upon HIM the guilt and iniquity of us all. Bless you for this REMINDER that I can so quickly leave the Spirit but thankfully I… Read more »