For the born-again believer, sovereignty should be the normal Christian life reality. But understanding a truth doesn’t necessarily coincide with receiving it. Jesus Christ is Lord – this is reality. But to know Christ as Lord is quite a different thing.

We have a personal God who is relational in every aspect. The Lord Jesus loves us into receiving His sovereign touch. Christ woos us into this relational stance of acceptance. Slowly and patiently He works to earn our trust. How shocking this is, knowing He’s the Creator and King over all the universe. He shouldn’t have to convince us but He does it anyway. He is tender in His firm stance, as Lord. 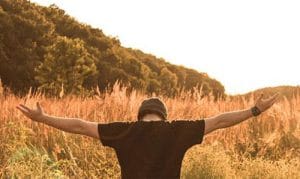 It isn’t like He never flexes His sovereign muscles, because He does. “God resists the proud, but gives grace to the humble.” But our Lord and King is also a Father and He is Love. As our Lord and Master, He does the work to convince us that He is Lord and sovereign over all. In kindness He entreats us to trust Him. He loves nothing more than for us to embrace His sovereign rule and He does everything to work this process out in us.

When I first was praying for the title God wanted for His book, The Sovereign Touch, I also started to have thoughts about the subtitle. I knew that the title, The Sovereign Touch, while precious, would not complete the presentation. I thought, “Why don’t I just lean into the curve? Each of us has accused God of being unfair or unjust at some point.” Really, I can’t think of anyone who has not accused Him, especially in times of crisis. Then I considered what phrase most encapsulated His emphatic rule. What came to me was, “Because I said so!”

Unlike any other statement, these words can be rage inducing to a small child. “Go kiss your aunt Mildred…” “Why?” “BECAUSE I SAID SO!” And often we believe our heavenly Father responds in a similar way. While walking this directive out for God or parents might look the same, God’s motive is altogether different. 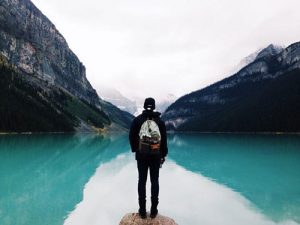 The reality of God’s sovereignty ultimately leads to things being about His choices alone, though I have never found the Lord to be contemptuous in His demand. If anything, even while immovable, His sovereign touch has been more entreating than dismissive. His sovereign touch is drenched in His loving care and perfect knowledge. And while His sovereign choices may cause me temporal pain, ultimately His plans are for His glory and my good.

I have learned that every event in my life is perfectly planned out, and my receptivity and surrender to His choices sets me up to unlock their potential and planned purposes. Resisting those choices, on the other hand, is a recipe for disaster. Rather than receiving the intended blessing, which the Lord infused into the situation, I become discontent and embittered. The thing which could have blessed me ends up being the thing that I use to push God further away. My resistance and rebellion only erect walls against the God who has perfection planned even when I don’t see or understand.

If you haven’t had an opportunity to get a copy of The Sovereign Touch, I invite you to go pre-order it today. We take delivery next week. I pray The Sovereign Touch: God is Either Sovereign Over All or He isn’t Sovereign at All is used of the Lord to woo you closer to His very heart. May Jesus use this book in your life crisis to bring a lifetime solution and access to the divine story He’s written on your life.

For anyone who has been reading and praying for this book to be published, they must be excited as I for next week. In fact I need to pre-order some more copies!!!
Praying for your joy to be full when they finally arrive.

You know I am really excited. I belief this book is a huge answer for many people who have struggled with a life of heartache. Order as many as you need, I will get your order out next week. Love you Sue!