Life is offensive and filled with offenses.  The closer we get to the end of the age, the more offensive it will become. We no longer live in a simple world where we have limited access to humanity’s activities.  Everything is known and NOW.  The world and the offensive things in it come through all of our many electronic devices.  If it isn’t the television, internet, or radio, it’s my phone and watch.  It has become impossible to avoid the growing evils of this world. 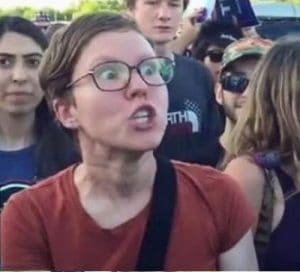 One day I realized that I was becoming weighed down with the barrage of offenses.  They were coming in so rapidly that instead of exercising my muscle of forgiveness, I was simply dismissing the offenses.  There is a big difference between, “Gah, they’re so stupid and evil!” and “Lord, I forgive them for their evil and stupidity!”

In dismissing rather than forgiving offenses, I was missing my interaction and relationship with God through them.  It was like living bare skinned on a mosquito farm rather than dwelling in peace with my God.  I was not engaging my heart and spirit in the issues; I was avoiding them and attempting to shoo them away.  Ultimately, all this course of action produced was my stewing and festering. I was living inflamed.  I had inflammation of the soul which made me touchy and more volatile.

Therefore I asked God what to do with this predicament.  How do I live in an offensive world, when I have ready access to so many offenses daily?  His response was, “Keep a forgiveness journal.” 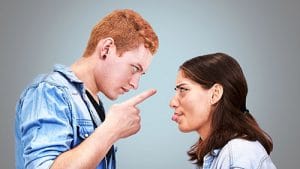 In facing my offenses instead of avoiding them, I am becoming freer rather than more entangled.  My heart is unburdened.  Then it becomes more about my relationship with God and not simply dealing with offenses.

The offenses range from personal interactions to just things that bother me.  It really doesn’t matter what it is; the criteria is offenses.  On one hand, it might be a political figure, talking head, or entertainer.  On the other, it can be someone much closer in, like a boss, parent, sibling or spouse.  Again, it’s about my heart, so it’s about anything that offends me. 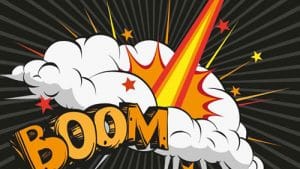 Here’s the trick.  I’m not to come as an offense inspector; I come to listen.  God and I go into situations together and I listen to His mind about what has offended me and how He sees it.  What God sees as the true offense might be quite contrary to what has offended me.  For example, I might be offended by someone’s abuse of me, and God might say that their true offense is bitterness with Him.  By inquiring of the Lord as to what the offense actually is, I involve Jesus and begin to see it as He does.  It might start as mine but as I pray through the offense, it becomes His to resolve.

It isn’t that God dismisses my offenses as unimportant or trivial.  He doesn’t. But if I’m forgiving someone for mistreating me, and God says they’re scorning the Life of Christ . . . then my mistreatment kind of falls by the wayside in light of their true offense.  They are in so much more trouble than merely offending me.

In short, God’s view of offenses very often overshadows my personal “ouchies.” Not always, but sometimes it isn’t about forgiving slights against me. My forgiveness journal is about taking all my heart to my Father.  It is about our relationship and His involvement in my life.

This reminds me a little of the podcasts where it was discussed how you prayed for Steve Scalise. I had a favorite crime show that I used to watch a lot, and decided to pray for the salvation of the actors in the show (probably after I had read some thing about their personal life). I felt a little embarrassed by that, but after I heard the podcasts, it made me feel less so, because these are real people with real souls that we see, hear, watch or read about. How powerful for all of us, that if we become… Read more »

We enter this world with nothing and we leave with nothing. Thank you so much for taking the time to share this with us. God bless you!

Blessing you as well. Thank you for the encouragement. Part 2 of this will post Thursday. Hope it speaks to you as well.

So…the bigger the offenses get, the greater forgiveness becomes in return… (wow) The things that are going on are always the distraction…and I am always the one in the way…
Forgiveness is as big as Jesus!!! And because of Him, not even my blindness can keep me from seeing. Him!

Thank you my Brother

Love you Sandy! Thank you for commenting. If it isn’t His forgiveness it isn’t true lasting forgiveness, huh?! Hope you like part 2 as well. It posts Thursday.

Love you too John! And thank you, for listening!

Wow, “inflammation of the heart.” This is so good and will give me a lot to meditate on today. Thank you.

So great to hear from you Hannah. Praying all has been well with you. So grateful you commented and that this one spoke deeply to you.

“…God might say that their true offense is bitterness with Him.” Or, maybe I’m the true offender in a case or two (or more). There have been times when I’ve gone to Him with the intention of forgiving someone else, because I’m hurting, only to learn I’m the one in need of forgiveness. Listening is sometimes difficult for multiple reasons. But as long as I’m willing to hear His Truth – peace awaits.
I like the idea of a “forgiveness journal.” Thank you for the suggestion John.
?

Thank you Tammy for commenting. I am going to continue to speak about the journal on Thursday. I hope it blesses you too. Let me know. Love you muches!

Right where I am. Thank you for getting this beam out of my eye and putting things into perspective—focus on the Father!
Love ya, John!

I am so pleased LeAnn that this spoke to you right where you are. I love when these post become confirmations of what the Spirit is already saying in individual lives. Oh and this can be a huge beam, huh? Sometimes the offenses feel like I am being poked in the eye with a tree…?