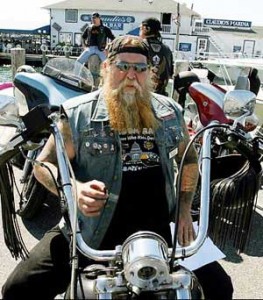 I want to tell you about a great big woolly booger Martha and I met. We were having dinner in a restaurant that seated the guests family-style. When you eat in this establishment, because of limited seating, it’s a crapshoot of who you will eat with. We were seated at a table for four. We could have had one or two strangers, depending on the luck of the draw for the secular man or a sovereign choosing for the man of faith. Which would I be? Let me tell you.

Into the restaurant comes this large, hairy, biker-looking dude with a long, bright red ponytail. He wore camo pants and a black vest, beyond that I was blinded by his persona. All I said was, “Oh no!” Very similar to how you would react to a crying baby in the arms of a mother approaching the open seat next to you on a plane. Well, guess who was seated at our table? Yep, the woolly booger! To be honest, I expected a smell – hahaha!

My Sovereign God and the Woolly Booger 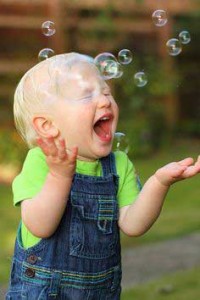 This is what my sovereign God did with a great big woolly booger. We greeted him and his face lit up like a Christmas tree. He opened up to us, sharing his huge heart. He was an anomaly. He looked like a biker because he was! He enjoys Harley-Davidson motorcycles and a shot of Jack Daniels with dinner. But guess what else? He’s the principle tuba player of a symphony.

Martha asked who his favorite composer was. Prokofiev, was his answer, but as he described his passion for the music he, blossomed like a fragrant flower. Where I would have thought he liked The Grateful Dead or Korn, here he comes off with beauty and sophistication. He even described the Star Wars soundtrack with such appreciation I though he might tear up over it. He revealed how it could literally move you to see the battle cruisers flying overhead or to feel the moment when Princess Leia falls in love with Han Solo. He was a deeply emotive and artistic man. He made our dinner a delight. And in fact, out of everyone, he would have been exactly who I would have been drawn to and chosen to eat dinner with. Surprising beauty in an unexpected place.

Our sovereign God was completely sovereign and wanted to delight us. What a lesson! No, I am not gonna go snuggle up with the next vagrant I see, looking for a gem. But I am going to trust my God to move circumstances so that I can be delighted by Him. I am going to trust His sovereign touches to reveal what He chooses. Who knows, He might just reveal hidden treasure as he did with the precious woolly booger.

Oh how lovely these precious encounters ?, thanks for sharing. The first time I met Jesus I was a 16 yr old white chick starting in the after school work program at our local town hospital. He was scraping food from the patient dinner trays to run thru the dishwasher on a conveyer belt. Nothing glamorous here. But the peace and beauty, the gentleness and kindness of this gray and aging soul changed me. In the hereafter and the great meeting in the sky with our King of Glory, I want to see my other friend, Alonzo.

I worked with a man in college that resembles your description. I was always taught never to judge a book by it cover because God looks at the heart and the Lord will put people in our path to see if you have his heart for those people. I thought it was God’s will for me to rub off on this guy, but he ended up rubbing off on me. He had a great work ethic, never said a coarse word to anyone, and was a real gentle soul. He truly had character and a deep love for family and… Read more »

oh my I can picture the delight and joy in all three of you. Thank you for sharing yet another opportunity to trust HIS sovereignty. For any who were living by HIS Spirit, the glory between you three would have been evident. I join you in giving God the Praise and glory.