We were ministering to someone last week when a startling distinction was made between repentance and forgiveness. Are we offering God our repentance rather than forgiveness when we’re wounded by another? As a good neurotic, everything was my fault. Yes, I used to see everything, from the Kennedy assassination to World War II, as something I did. I couldn’t prove it in a court of law, but I felt guilt nonetheless. I’m still finding that a neurotic will sometimes say “I’m sorry” rather than “I forgive you” in response to someone’s wounding offense.

So My heavenly Father will also do to you if each of you does not forgive his brother from his heart.
Matthew 18:35 HCSB

Forgiveness, But Aren’t I to Blame? 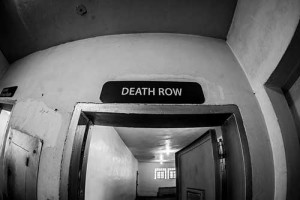 When I am wounded by another person, in particular someone very close to me, I can occasionally look at my faults and repent and then think the dealing is done. My sinfulness becomes an excuse for their hurtfulness. For example, a sibling’s continual wounding will be seen as my fault, because if I wasn’t such a spaz, they wouldn’t have treated me that way. Or a parent’s abuse could be met with, “I was so petulant… God, I’m sorry for being rebellious! They wouldn’t have had to hit me if I was better.” This whole train of thought holds captive both the offended and the offender. The offending party is never offered forgiveness nor confronted for their offense, and I, the offended, am locked in a world of unforgiveness which can ravage my destiny. This is the nightmare that strongholds are made of – no one is freed and nothing is resolved. Satan just holds the noose over both. 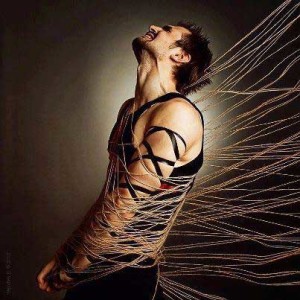 Simply put, I can’t resolve offenses with repentance. I actually have to forgive the other person for their offense no matter who I am or what I’ve done. It’s two separate transactions in the spirit. I forgive them for their hurt and I repent for my sinful part. Some may say to this, “Duh, I know,” but though it seems all together obvious in the speaking of it, the hidden nature of the soul is quite different. Most children don’t blame others for their abuse; they blame themselves. It’s just primal. We have to grow up a bit before we mount up with blame. Victims often receive the condemnation and shame, swirling in a pool of apologies rather than forgiving their victimizer. “If I just wasn’t there… If I hadn’t been so stupid… Why did I do X-Y-Z?”

This lit up like a lightening bolt for me, because I can look back over some of my old wounds to see that I did this. All of a sudden I saw places in my life that I had repented where I should’ve forgiven. I looked at the reasons why I should have been abused rather than at the abuser. But my badness doesn’t excuse their sins against me. Then I became a Christian, and I saw these events as sovereignly in God’s control, so I still didn’t do the work of forgiveness. 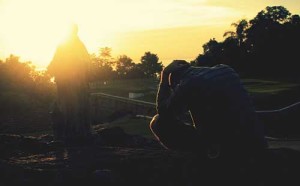 Our destiny rides on our work of forgiveness. Failing to forgive, whether through ignorance or willfulness, stymies my life in Christ and His forgiveness of me. To know the power of forgiveness is to open up a Life of wonder. As long as unforgiveness remains in my life towards anyone from my past, I will limit my experience of Kingdom reality.

And forgive us our trespasses,
As we forgive them that trespass against us.
And lead us not into temptation,
But deliver us from evil.

John, this post addresses an issue that has stymied growth in the Spirit and which I personally was struggling with today. Thank you and bless you all for being the willing vessel of our Lord and Savior, Jesus Christ.

Yes! A few weeks ago a fellow believer and I were discussing the issue of being a victim. The Holy Spirit revealed that if I see myself as being responsible for another’s wounding/abusing of me, then I am still in control, I am still god of my life, ie: I caused this to happen. In some way, I think this ties in with your thoughts in this post. I will continue to ponder this contrast of repentance/forgiveness. Very important message John, thanks.

Wow, what a crucially important distinction that needs to be made! Thank you for sharing this revelation, John!

Yes, John, to taste the sweetness of being forgiven, gives me great motivation to be alert to forgive. As Sam describes it “remain a lame person” isn’t in the picture when I forgive. Your words, “opens up a life of wonder” brings to mind the child likeness HE requires. BLESS YOU

Very good point. Very, very good. Thank you for bringing this up!

While I was reading you, I saw it like this: if I repent but do not forgive… I remain a lame person! My repentance guides me to Salvation. But to spread the Kingdom beyond… I have to forgive!!