During this time of “shelter in place” I have solely run the office and its functions. It has been a life lesson for me that I pray to never recover from. What I have been required to do is live listening and moving based on the moment by moment Will of God. To be perfectly honest, we were already short staffed and then to be the only worker could have been absolutely overwhelming. I could have frozen and not like Disney’s “Let it Snow!” I could have been paralyzed not knowing even where to start. But what I have done in this situation is to live in the moment and follow the Lord’s lead. It has very much been like a dance where every step is orchestrated and calibrated to see the Life of Christ. 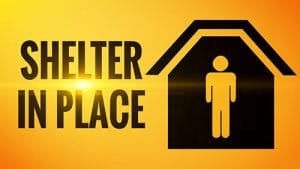 Practically how this has worked out is I hear Him in what the next task should be. Some of the steps have made no sense to the logical mind. It is more like being a feather on the wind. And this blind faith has actually been a saving grace. I don’t know where He is going nor what He will get done, but at the end of the day, I am in awe of what Jesus did.

For instance, I could be in the middle of a task and then He would say to go start something else. In reality logic has had nothing to do with how I have functioned. Again, it is like a dance where the Lord is leading. Now, I don’t know if this isn’t how I always purpose to function but during this “shelter in place” season, it has been so completely obvious that it is my necessity. I may be filling an order and then He may say, go blow off the driveway. The point is, I am not running the show, He is! 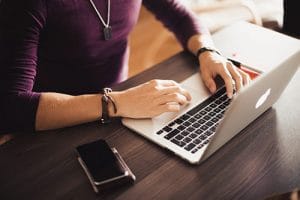 By nature I am a very methodical person. I systematically hit tasks and needs. I run through and in the past I sometimes have functioned based on the urgency rather than His Will. But during this time it has not been based on necessity because everything is urgent.

Necessity has been the factor with everything but I have chosen to function by only His Will. Quite frankly, I would have probably drowned if this wasn’t how I was functioning. The shear mass of projects and tasks that need to be done from day to day would have taken me under. But here in the midst of it all I find the Man who walks on the waves in the storm. Christ the water walker is walking in the storm of my individual life and reaching out His hand to catch mine. As I have taken His precious hand I too have walked on the waters and it has been glorious.

I will love Him forever for being the Captain of my ship and the one who walks on my waters. It is beautiful and in actuality all this is so beyond my ability to produce. Glad He is getting His work done.

From The Sacrament of the Present Moment

They no longer see or know where they are going, no longer depend on an effort of will to overcome the fatigue or endure the hardship of the journey. Everything happens in a profound sense of their own helplessness. The way opens up before them as they walk and they follow it with unfaltering step. Pure, holy, innocent and true they walk in the straight path of God’s commandments, discovering along the way a perfect trust in God Himself.

The Sacrament of the Present Moment
~ Jean-Pierre de Caussade

Blessing you Stacy! Thank you.

Thank you John, for this beautiful, brim full of Christ message..so encouraging. In many different ways, for each person, there has been urgency, & we can’t go & do. We find ourselves in the most grace-filled way, Lovingly limited..into Christ..& we are in awe of the ways He comes. Some of it has been like drowning, & His hand reaches IN. Really, the words ‘shelter in place’ say so much more than realized at first. What could sound like a dictate, is a flood of Love. God’s Will in this moment is a protection; HE..KEEPS us..in it. Right down to… Read more »

Flood of Love is a perfect description! Ofter we feel like we are drowning, until we see His beautiful hand! Love you Helen, thank you for your encouragement as well as insights.

Wow, how encouraging to follow the voice of the LORD, thank you so much, this is perfect timing for me!!!!!

It is an amazing adventure of wonders. Love you Sue, your book is on the way today. Hope you enjoy it. It really has impacted Martha and I.