Now the mind of the flesh [which is sense and reason without the Holy Spirit] is death [death that comprises all the miseries arising from sin, both here and hereafter]. But the mind of the [Holy] Spirit is life and [soul] peace [both now and forever].
Romans 8:6 AMPC

The mind of the flesh is “sense and reason without the Holy Spirit.” This verse is a piercing reminder of how God views sense and reason apart from His own mind: death. Not a week goes by (most times, not a day) that the Spirit hasn’t convicted me of the faith I have in sense and reason alone. In fact, the recent events in Charlotte brought it front and center.

Faith in Sense and Reason 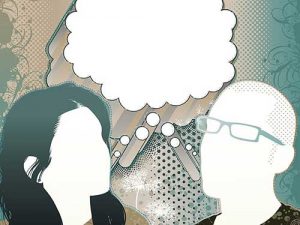 Last Thursday morning the Spirit shut me down when I started pursuing the many ‘whys’ and ‘wherefores’ in reaction to the news of the shooting and violent fall-out. He reminded me that it wasn’t sense and reason that saved me. It was Love. Love and prayer and faith. Why did I think that sense and reason would play any part in solving the crisis in Charlotte? Simple. I still had faith in it.

Not two hours after this piercing encounter, a woman called me. She was ostensibly calling about an order, but really she wanted to talk to someone. Charlotte came up quickly because she has friends in North Carolina. And she said something that I’ve read and heard many times in the last year. “How can this be happening in 2016? Aren’t we done with this by now? Don’t they know that all men are created equal by God?” In light of my earlier talk with the Lord, I realized just how strange that sounded in the mouth of a Christian.

Injustice, rebellion, rage, fear, oppression, lawlessness, hate—until Jesus Christ returns, there is no ‘done with this.’ It doesn’t matter how educated or wealthy or civilized we believe we are, the kingdom of darkness holds the world. “You are the light of the world,” Jesus said. Why light? Because the world is in the dark. “Sense and reason with the Holy Spirit” is integral to that darkness. It cannot and will not solve what it has caused. This dear woman, like me, revealed that somewhere in her heart she had faith in reason and education and civilization.

The Death Inherent in Sense and Reason 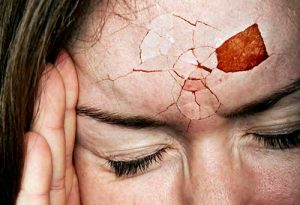 By the end of our call, we were praying together. God had not stirred our hearts for discipline only. He gave us passion and love for a situation boiling over with grief and rage and bitterness and hate. He ignited His own faith in our hearts and called us to look at Him instead of the world. A call that began with respectful conversation ended with a church of two rejoicing in the unfathomable ways of our Father.

When I was lost, I believed in the power of the institutions of western civilization to safeguard my life. I had faith that an ‘enlightened’ intellect could abolish oppression and barbarism. The days of hate and cruelty gaining ground unchecked were long gone because we knew better now. A more soothing lullaby Satan has never yet sung. I am eternally grateful for the Spirit’s unrelenting sanctification of my heart, exposing every tendril of faith in anything that isn’t Him. “Sense and reason without the Holy Spirit” is death, and I want no part of it.

You have heard that it was said, Love your neighbor and hate your enemy.  But I tell you, love your enemies and pray for those who persecute you, so that you may be sons of your Father in heaven.
Matthew 5:43-45 HCSB

” A more soothing lullaby satan has never yet sung.” Reminds me of Jer 6:14 “They have healed also the hurt of the daughter of My people slightly, saying, Peace, peace; when there is no peace.”