It’s undeniable that Christ performed many miracles. He cleansed the lepers, raised the dead, and delivered the demonically tormented. Wherever Jesus went He made the wounded whole, cured diseases and healed sickness. Without a doubt He set the captives free. He was Kingdom liberation, and freedom followed in His wake.

Christ in My Desperation 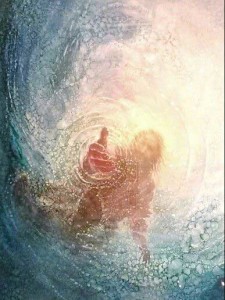 Most of us know that He still performs miracles. Yet how many of us actually see these miracles performed in our most desperate places? Think about the areas that we struggle with the most. The area we would consider to be the place of highest need. This is obviously deeply personal. So, has He visited us there, in our private crises, whatever they may be?

All of us came to Jesus with some form of death—whether it was good leprosy, evil leprosy or carnal leprosy, we came with death. He called each of us while we were still in an unclean state. And He specifically called us in our sinfulness so that He could be revealed as King over and through that very sinfulness! Let’s say you were religiously evil. Christ wants to reveal to you, in that religious evil, that He can overcome it. He wants to be RIGHTEOUSNESS in the face of religious evil. Or for instance, take the carnal sinner. Christ wants to live His RIGHTEOUSNESS in that place void of purity. Christ’s own Life is lived in place of my death, whatever that looks like.

Christ in My Worst Shame 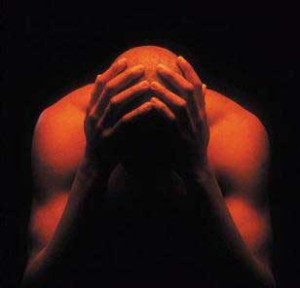 Name your worst and lowest. That, too, is where Jesus wants to be Christ. He wants to personally display His victory over it, in you. It’s as if we are given a personal stage to witness His victory over our depravity.

Many of us dwell in the shame of our condition, which prevents us from His Life. The closed fist of shame won’t experience His liberating freedom. Shame holds onto sin, while surrender releases it to Him. We have to open ourselves to Him in that place of shame, so He can show Himself to us.

I know this all might seem very obvious, but I’m seeing it in a new light and it is exciting to me. Besetting sins are issues over which Christ wants to show us a unique victory. This victory is a personal, individual, and intimate demonstration of which only we will understand the magnitude. He doesn’t care what the sin is; when we’re His, it’s our own living assignment to witness Him as Victor. Our individual sinful conditions are but an invitation for Him to enter in to reveal Himself as bigger than, and able to overcome, whatever sin boasts of its power. These things that seem insurmountable, much too big to conquer, are set up to display His magnitude—a personally handcrafted demonstration of His Life.

This takes the sting from our besetting sin, handing it to the Lord of Life, who can bring resurrection out of death and beauty from the ashes.

But the Law came to increase and expand [the awareness of] the trespass [by defining and unmasking sin]. But where sin increased, [God’s remarkable, gracious gift of] grace [His unmerited favor] has surpassed it and increased all the more…
Romans 5:20 AMP

He took my shame. He overcame my impossibility. He touched the leprous thing, the rags & lessions no one would come near. He saw me His. Everything laid aside in the presence of such Love. Given, to One Awareness. His glory seen, where no one would look. Anointed for burial…before, yet finished in the Lamb…costly perfume & tears in pouring love over His Worth. In plain sight yet no one knew what they were seeing. No man could plan such a moment…God-given, hidden. Breathed into a heart by the Spirit. The disciples had been told. Mary saw HIM. given, in… Read more »

Over today’s failures and disasters, He comes in to be Victor in us. Thank you, Lord Jesus!

This is life giving breath! Thank you!

Thank you, John…as always a NOW Word and so powerfully communicated. You reminded me of something that I recently read by Graham Cook. It was about how we ask God the WHY question when things happen in our lives that we don’t understand. But he said, that is the wrong question to ask. Instead we should ask: “Lord, what is it that you want to be for me now, that you couldn’t be at any other time?” How wonderful to contemplate that the Lord wants to especially reveal Himself to us as we confront our besetting sins.

OH JOHN, this post is an answer to my prayers. Bless you LORD, HOLY SPIRIT, and John for listening and sharing. Thank you for the truth and hope that spring forth!!!!!!!!