I’ve read “Where Has All the Hope Gone?” at least five times, and each time was more convicting than the last, for many reasons but I’ll address one in particular. John said, “Seasons come and seasons go but sometimes darkness is purposed to cause us to seek the Light.” All too often, I see the growing darkness and feel it as a weight on my shoulders, as if I’m somehow called to solve it. Here is a reminder that I welcome with tears of relief and joy: The weight of the world isn’t mine to carry. I am called to shine, not to solve.

“While you have the light, believe in the light, that you may become sons of light.”
John 12:36 NKJV 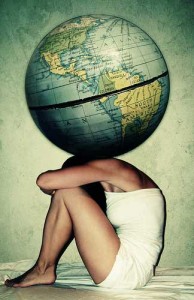 It takes very little to tempt me to follow the white rabbit down the hole and away from reality. The Cross comes to me regularly on this score, and I am more grateful for it every time. Jesus Christ, my Lord and Savior, has never once asked me to solve a problem. He’s never asked that of me because He doesn’t need that from me. As the Solution, there is no problem beyond His reach. He doesn’t ask for my help; He asks for my life.

At first glance, it seems like helping God would be easier than embracing the reality that I’m dead, that “it is no longer I who live, but Christ lives in me.” In fact, once I shrug off the perpetually wounded and hysterical flesh, there’s nothing easier than being “a living sacrifice.” It’s what I was created to be! I am a vessel, a lantern for Christ’s flame. It’s also not my job to attract people to His Light, because even that’s a weight too heavy for a sheep to bear. I am just called to shine, to become a child of the Light.

A Weight I’m Not Made to Carry 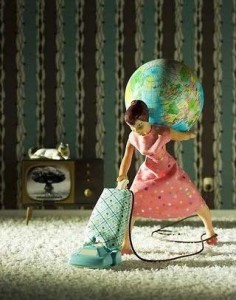 Which is easier for a horse to do: carry a rider or utilize indoor plumbing? It’s nothing for a horse to carry someone because a horse is a powerful animal. But it would be a nightmare to try to train a horse to use a toilet. A horse just isn’t built that way, literally! The same goes for me. I was not created to fix a broken world or save a lost friend, and what a nightmare ensues when I try. I was created to carry the Life of the One who solves and saves. And that’s as easy as breathing when I let go of my delusions of grandeur.

I am called to let the Light shine. That’s it!

And the light shineth in darkness; and the darkness comprehended it not.
John 1:5 KJV

The weight of the world rests on its King, not on me.

So good, Jennifer, for us human ‘do-ers’ rather than ‘beings.’ Reminds me of Martha’s challenge: “Have you stopped trying to be a ‘good’ Christian?”
“Called to shine” — like that! How freeing is that when we choose to walk in His Light?!
Love you, Jennifer.

You say it as it is!!!
The sad, and the wonderful!

Jen, you sure know how to paint a picture with words, what a gift ?, good reminder!

So simple if I keep my gaze on Him and off me. May I forever be empty letting His light shine in and thru me letting Him do it all.

OH Jenn, the Holy Spirit convicted me AGAIN in your post, as well as these pictures. I can’t miss the message.
First, called to “shine, not to solve”, next,”its not my job to attract people to the ‘light'” that is too heavy for me
also. JUST called to SHINE , OH PRAISE HIS HOLY NAME………He is so liberating me in your post.
BLESS you dear one.