For years I have questioned why Jesus used an unjust judge in one of His parables. Our Eternal Judge is completely just even when we don’t understand Him or His ways. So why would He position this parable with an unjust judge? I get the persistent prayer aspect, this is obvious while being convicting, but why an unjust judge? I just questioned and waited. I believe He gave me a twofold answer and below is what I heard.

Then the Lord said, Listen to what the unjust judge says!
Luke 18:6 AMPC

Looking to the Unjust Judge 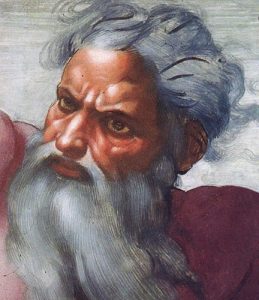 In this post I want to share the first aspect. The parable of the unjust judge speaks more about our approach of the Father and how we accuse Him. In this story, the widow goes to an unjust judge rather than a just King. I know in the past I have personally believed that God was unjust and unfair. He’s used Martha’s booklet The Great Lie to convict me of this and lead me to resolve my suspicions of Him. Not that this lie doesn’t attempt to creep back in during hardship or suffering, but I fight it now rather than accepting it as fact.

Since the beginning, all of mankind has harbored suspicions of God. We’ve believed that He’s not good. This was part of the consequence of wanting knowledge apart from God. We believe Him to be something we are ourselves—not good. 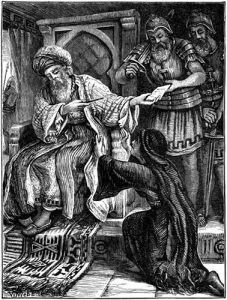 When mankind separated from God in the Garden, we started to come to Him as if He were unjust and unfair. Quite frankly, we believe Him to be at fault for what we ourselves did in the Garden. We go to God as if He has wronged us…hence the unjust judge. Isn’t it merciful that even with our false accusations of God, He’s leading us back to Himself? This parable seems to say, “Even though you believe Me to be cruel and unjust, come to Me like this.”  Jesus is ALWAYS making bridges to Himself for us to cross.

Each of us go or have gone to God accusing Him of being ­– and believing Him to be – unjust. Unfortunately our circumstances can often speak louder than His Word. We believe we have an unjust God, and in this parable He tells us how we are to proceed with this belief system towards Him. And in the end of this parable not only does He receive His accuser, He responds and answers her as well. Our God is merciful! 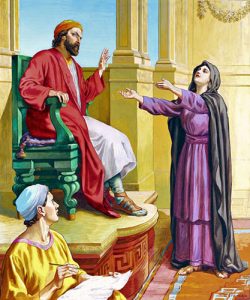 He then told them a parable on the need for them to pray always and not become discouraged:  “There was a judge in a certain town who didn’t fear God or respect man.  And a widow in that town kept coming to him, saying, ‘Give me justice against my adversary.’

“For a while he was unwilling, but later he said to himself, ‘Even though I don’t fear God or respect man, yet because this widow keeps pestering me, I will give her justice, so she doesn’t wear me out by her persistent coming.’”

Then the Lord said, “Listen to what the unjust judge says.  Will not God grant justice to His elect who cry out to Him day and night? Will He delay to help them?  I tell you that He will swiftly grant them justice. Nevertheless, when the Son of Man comes, will He find that faith on earth?”
Luke 18:1-8 HCSB

Thank you so much for this! I never saw this at all but I’m so convicted that I do exactly that, approach Him as not wanting to help me! When I read this yesterday I immediately changed my thinking! I had a very different day!

Truly, it is life or death. Your choice will serve you well and bring much fruit in your relationship with Jesus. We always have to approach Him as He presents Himself not as we would imagine Him to be. Oh, it’s work but worth it all.

I tried to post a question but it’s getting rather long so, I think, I’ll email it

Perfect, talk to you soon.