Therefore one must be subject, not only to avoid God’s wrath and escape punishment, but also as a matter of principle and for the sake of conscience.
Romans 13:5 AMPC 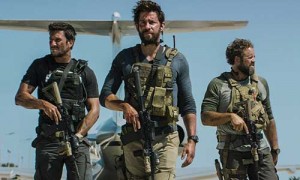 I saw the movie 13 Hours: The Secret Soldiers of Benghazi yesterday, and it was terrifying and heartbreaking and astonishing. I have no interest in touching on any of the political aspects because right now all I see is the principles of authority at work on every level in this story. The innate blessing that accompanies respect for authority was even more evident than usual with the backdrop of total lawlessness that was Benghazi, Libya at that time.

This post doesn’t contain any spoilers, but if you kept up with the news at the time or watched any of the congressional investigatory grillings in the aftermath of the attacks on the US embassy and CIA outpost in Benghazi then you already know the plot of the movie. What struck me the most about the movie was how much authority – or its lack – loomed over everything else.

No Authority Led to Lawlessness 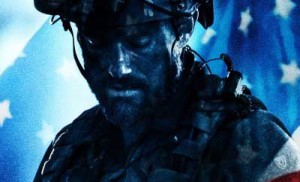 The US helped orchestrate the violent overthrow of Gaddafi, a dictator who ruled Libya for 40 years. We helped remove that authority, but we didn’t have anyone lined up to step in. We told people with no actual experience in how a democratic civilization works to choose a new leader. Chaos and lawlessness ensued because there was no authority and no foundation for the type of authority we were calling for. A new type of darkness descended in Libya, and that’s when the story behind 13 Hours took place.

The six extraordinary former soldiers at the center of this story were men steeped in the principles of authority. They knew what it meant to be under authority and they knew what it meant to wield it, too. It was amazing to watch them move seamlessly from one to another and back again depending on who they were with and how the situation developed. Authority was neither a bogeyman or a royal crown to these men; it was as essential to their survival as breathing, and that was shocking to see on the big screen.

Chaos reigned and ruled and THRIVED everywhere in that city—except for the domain of these six soldiers. The territory that was their responsibility to hold against would-be invaders was shot up, bombed, and hit with RPG fire but it was never breached. In a nightmare situation of being surrounded by the enemy and cut off from any outside help, the CIA compound remained orderly and free of the panic and lawlessness that rampaged through the city. Authority ruled in the hearts of these men and the darkness couldn’t touch it.

I was absolutely stricken by the testimony of these men’s lives. I’ve never seen authority presented so beautifully before, so effortlessly and respectfully wielded and acknowledged. I want that to be part of my life. I’m asking that every impediment to authority’s move in my life be removed from my heart. In the coming days, as lawlessness grows and spreads in ways we never dreamed, I would like to be a vessel of authority—a moving entity with no foothold for the darkness.

My husband is retired military. He understands authority and chain of command. He is the calmest person I know. He also has the calmest faith I’ve ever witnessed. I believe there must be something in the combination of being under authority, yet trusting your Ultimate Authority as Good that allows him to walk in utter faith. He doesn’t get angry at the chaos of the world. He walks through it.
I have much to learn from him.

This is a fascinating comment!
“Trusting your Ultimate Authority as Good” as the basis to be what Jennifer put so brilliantly “a vessel of authority – a moving entity with no foothold for the darkness”.
Authority as an antidote against chaos, panic, helplessness and as a source of faith.
Both of you definitely were vessels of His Wisdom in writing this; so much to ponder about, so much insight and depth. Thank you!

Absolutely. The testimony of Alex’s husband calmness through authority will remain with me. It is a perfect picture.

Thank you Jen. You are absolutely right about this issue, and you told it so poignantly that that film is in “must-see” list. Lawlessness is on the increase because authority is being trampled.

As you say…”may we be vessels of Authority”.