I recently heard the story of someone whose authority figure made judgments that seemed to be rather foolish. Reason and logic were not the mark of this person’s leadership. Yet the person telling me the story had the choice of either rebelling against this authority or surrendering. This is the choice we’re all given.

Doesn’t Have to Be Right to Be Authority 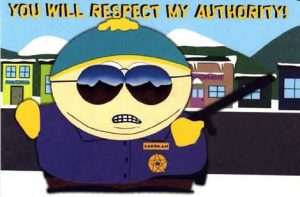 Are we given a free pass when we have authorities that are making blatantly poor choices? Nope, authority is first about God and then man. The fallibility of our human authority only gives opportunity to reveal the core of our own rebellion. Authority is the great equalizer. God specifically uses fallible human authorities to reveal His authority and our rebellion. If our earthly authority was actually a real problem, God is able to either remove them or change their hearts. But the test for us is always the same: do we surrender to God by submitting to our authorities, seeing their authority as from Him, or do we resist? 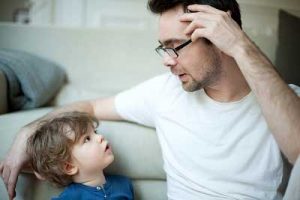 Our first test in this is our parents. Parents make fallible choices. Can they do otherwise? They’re human. They can lead with their opinions rather than God, which can hurt us. As for our response to them, authority is the lesson and the test. What is the test? Will we submit to God in the authorities He chooses for us?

It’s just so clear to me that authority is supposed to err. If they were perfect or did everything as I wished, I’d never learn anything. This life is our training for reigning and how can we be trained if we are never challenged with authority? Authority is about our submission, not the authority being correct or doing it how I’d like.

My friend, whose authority figure was making foolish judgments, now knows the value of authority. Though in the moment they balked and fought, now they see the lessons so clearly. Authority is the great equalizer and ultimate lesson. We are taught by it and trained through it. 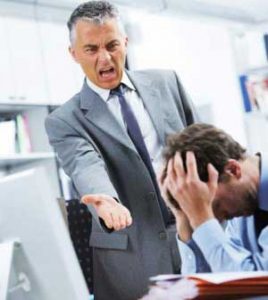 I remember an authority I had as a young man. He was my boss. He openly ridiculed and taunted me in front of the whole company, while demanding my performance. It hurt me deeply but I knew I had to submit. I was a new Christian and I just knew God wanted something from me, so I submitted to this man. If it had been before I was saved, I would have preferred to just punch him and quit. But that was not possible in this situation. I was more interested in the lesson from God than being treated right. It was so obvious God was testing me. Was God being cruel? No, there was a greater lesson to be learned than my comfort. I grew up independent and willful, and my Shepherd was breaking me.

After a few years I was released from this man’s authority. Oddly enough, I had won his favor and he promoted me, even though the jabs still came. I passed the test of God’s schooling and He must have been satisfied. I left this job and was hired by another authority that honored and respected me. This lesson cost me much but also rewarded me greatly. It was amazing but not without pain.

God is Over Our Authorities

God is over our authorities and if we submit to Him in their leadership, He will take care of us. Again, if our earthly authorities are actually a real problem, God is able to either remove them or change their hearts. If we have done the work of submission, God will do the work of provision. He hears our prayers, and will in due time fix anything amiss. If I feel as if my authority is abusing me, I can petition the Authority for help. Look at the Hebrews in Egypt. They petitioned their Divine Authority and He heard their supplication and released them from the bondage of authoritarian abuse.

Because authority is about God first and foremost, it’s always a spiritual issue. There’s usually an authority in situations. All you have to do is read the room. Authority makes itself quite obvious to those under authority. The Pharisees and Sadducees did not read their room when Jesus entered. The Authority came into the temple and then they showed their level of rebellion. Sure, they may have had authority in the temple, but when the head of the company comes into a department, the head’s authority rules. And Jesus came and said to them, “All authority in heaven and on earth has been given to Me” (Matthew 28:18 ESV). Authority is the great equalizer in every life, and the ultimate lesson we each are to learn.

Let every person be subject to the governing authorities. For there is no authority except from God, and those that exist have been instituted by God.
Romans 13:1 ESV

Great post John on a very important principle. I remember when I was first walking with the Lord, one of my mentors taught me to pray for difficult authority figures in my life: “Lord, please improve them or remove them.” I’ve witnessed Him doing both as I trusted Him and learned to yield to His ultimate authority.

“The fallibility of our human authority only gives opportunity to reveal the core of our own rebellion.”

Yes! One hard truth, but Yes!

Knowing He alone is in complete control allows me to rest, to watch, and to pray according to His desires as He unfolds every moment before me.