Many Christians shy from government, believing it will somehow sully them. But what I have learned from Martha is that, “We live in a legal universe.” It’s undeniable that we live under governments. And inevitably our response to these very authorities reveals our heart about God. And this is because God uses authority to expose our hidden heart attitudes. I may not desire this to be true, but it is true nonetheless. No matter how we wish to resist it, the Lord set this earth up under the principle of authority and government. We are intended to be governed, this is inescapable.

Consequently, whoever rebels against the authority is rebelling against what God has instituted, and those who do so will bring judgment on themselves.
Romans 13:2 NIV

Authority on Every Level 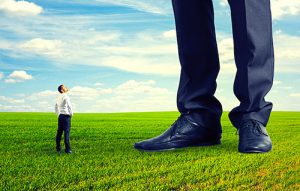 It is shocking, authority hits us on every level. Everywhere we turn we come face to face with someone in authority. Whether on the local or national level, authority is the reality. Even when we gather together, the structure of authority shows itself. And our resistance to this only limits our life.

I was watching a video the other day by Lance Wallnau and in it he said, “Christians in America still don’t want to talk about government, but government is the ultimate issue that can keep you alive or persecute you.” This just threw fuel on a fire in me that was already burning. God is doing something pretty dramatic in these times of crisis over the coronavirus and as I wrote in my last post, it is time for me to hear the Lord about what He is doing, not fight His hand.

Authority is an absolutely fascinating reality. The rebel sees it as abusive, but the man under authority sees the blessing of it everywhere. I can’t even get in a gathering of believers and not see authority rise like the Lord Himself. And in this is incredible safety and order. God leads us through authority. 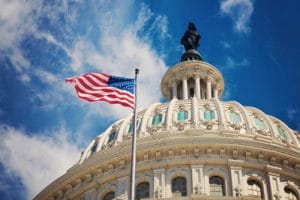 Here is another dynamic of authority. If we are surrendered and submitted to authority, the authority of the Spirit is able to exercise His rule in our lives. Yes, we can watch Him move through us to display His authority and rule. This happens so readily among true believers with their eyes on God. The Holy Spirit will bring words and power with authority through those under authority, not based on maturity. It is a beautiful thing to behold.

Authority is like the brooding of the Spirit over the deep to produce life. (see Genesis 1:2 for this brooding) Brooding is like a hen to develop and keep safe that which is God’s. We can live under such brooding but only as we live in His Will and under authority. Here is the next step from the brooding. And then God said, “Let there be Light!” Yes, all the riches of life come through authority, His authority, established on Earth. May we all submit, and receive brooding and the LIGHT to COME!

Every Christian ought to obey the civil authorities, for all legitimate authority is derived from God’s authority, and the existing authority is appointed under God. To oppose authority then is to oppose God, and such opposition is bound to be punished.
Romans 13:1-2 Phillips

Then Jesus came to them and said, “All authority in heaven and on earth has been given to me.
Matthew 28:18 NIV

Did Acts 5:29 with the Apostles just take a hit here?

Oh Marshall, how exciting! Let me pray whether I should respond through a comment or if I am to do a follow up post. I love it!

Hey, I wrote a follow up post surrounding your comment. It will be up soon. Bless you Marshall and thank you for spurring on the expanding.

Thanks Doug, love ya man!

Spot on John. Thank you!

Bless you Linda! Thank you for the encouragement! Big love to you.