Do we really believe that? Do we really believe that if we don’t forgive that He won’t forgive us? Our God, who is so full of grace and mercy, loving-kindness, who sees and feels and understands the hurt and anger and betrayal—would He really withhold His forgiveness under such unjust circumstances? Surely I have a right to my hurt and anger and justifiable revenge and righteous indignation?

Luke 6:37 AMP
…acquit and forgive and release (give up resentment, let it drop), and you will be acquitted and forgiven and released. 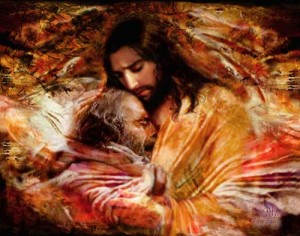 The evidence of unforgiveness in my heart that I am dealing with right now has proved my unbelief in the truth that He will not forgive me if I do not forgive. I am desperate for His forgiveness and cleansing, but His condition stands. Forgive. Simple… but not easy, and impossible for my flesh, this ‘old woman.’

Romans 12:19 HCSB
Friends, do not avenge yourselves; instead, leave room for His wrath. For it is written: Vengeance belongs to Me; I will repay, says the Lord.

The truth of the matter is that my desire to see the offenders feel the same suffering and know the same cruelty they have inflicted on many others, for them to reap what they’ve sown and pay for their offense, has been greater than my desire or willingness to forgive. It is only through experiencing the consequences of my unforgiveness, and realizing the magnitude of my own sin and tormenting guilt, and being in that place where there is no sense of His presence and the heavens are shut, that the Holy Spirit has brought me to my own desperation. My motive to forgive is certainly not noble. It is absolutely base. I NEED His forgiveness and His restoration, His peace and His presence. He has pressed me into surrender by the unbearable consequences of my disobedience and by my desperate need for His forgiveness and reconciliation to HIM. 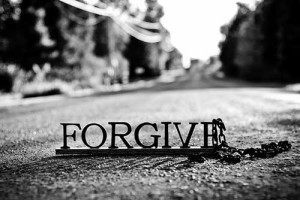 I have chosen to forgive, and that was the beginning. It is first a choice. Letting go and releasing them has been a very real death to this wretched self. Only Christ in me forgives or ever can. And He does and has! Oh, I thank Him.

I know firsthand His wrath through His judgment of my own sin and offences, and through it I was led to deep repentance and salvation. His wrath and vengeance have divine, eternal purposes. I have witnessed Him defend and vindicate His children, His own, far beyond what any human revenge could possibly accomplish. As our Father, He truly does see and He does know and feel our pain through offences and betrayals that come. We have wept together. And He is ready to take them from us as we yield and surrender to His absolute sovereignty and goodness as God.

¨I have chosen to forgive, and that was the beginning. It is first a choice. Letting go and releasing them has been a very real death to this wretched self. Only Christ in me forgives or ever can. And He does and has! Oh, I thank Him.¨

It is glorious when I can see my ¨wretched self¨and can choose the WAY out.

Then His vengance, His pourpose, His salvation, His consolation… “And He is ready to take them from us as we yield and surrender to His absolute sovereignty and goodness as God.¨

Thanks Carole! You explain this so well. It’s so true, there is nothing noble about our motive to forgive, it’s only our desperate need of Him. We experience the misery of being away from Him, not worth it, so we let go, and He takes over. For truly only Christ can forgive and love those who hurt us. And we stand amazed at Who He is in us!

Thank you, Carole. Why is this such a difficult truth to grasp: that His forgiveness is contingent first upon our own of the offences that come to us…and then we wonder why His presence is withheld? Thank you for opening our eyes to the reason WHY!

Carole, wonderfully summed up on each point of this magnificent issue of forgiveness.

Thanks Carole. Beyond my choosing to forgive, I am slowly learning that I will only be able to forgive with the Lord’s forgiveness.

Bless Carole. Thank you. You noticed that forgiveness is really a call to be into His image? When He says “forgive”, He is not asking me to achieve a “work”, and once it is done I shake my hands being proud of it. I myself have tried to forgive that way, waiting for the inner reward of “I have forgiven; so well done, Samuel. You did it.” Well… I am still waiting. Rather He is asking me to free my clutch. That’s MY part. I cannot really go any further than that. I cannot forgive the way He asks to… Read more »

Yes, Sam, that is an excellent point about making the choice, releasing the ‘clutch’.
Thank you for this blog, Carole–it’s the basis of so much, isn’t it…