I want to clarify part of my last post because I think it’s incredibly important and I don’t want any misunderstandings to arise. After reading the shrieking hysterics of a “Christian” fearmonger, I wrote this:

“The entitlement on display in this nation is not limited to skittish unbelievers. I’ve been shocked by the wailing and whining and fearmongering peddled so shamelessly by self-professed Christians since the election. It would be repugnant enough coming from someone who doesn’t know Jesus. From someone who claims to belong to Him? It’s straight up blasphemy.”

I don’t throw around the word ‘blasphemy’ lightly, and I want to be clear that it is the act of fearmongering that is blasphemous. Humanity will deal with fear in one capacity or another as long as they draw breath on this earth. We have all felt fear or faced fear. Dealing honestly with fear is human and not blasphemous, but proselytizing fear is.

A Fearmonger is an Evangelist for Fear 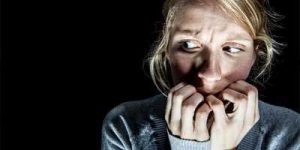 There is an honest, spiritually healthy way to deal with fear when it comes.

I sought (inquired of) the Lord and required Him [of necessity and on the authority of His Word], and He heard me, and delivered me from all my fears.
Psalm 34:4 AMPC

This is what David wrote about dealing with the huge fear that led to him faking insanity before Abimelech in order to save his own life. That’s BIG fear. And to deal with such huge fear, David ran to God in great need and poured his fearful heart out to Him. God heard and delivered David from ALL his fears. All! This is how we are to deal with fear.

A fearmonger doesn’t take his fear to God. Instead he shoves it in the faces of everyone around him. He builds an altar to fear and demands that people worship fear alongside him. He screams to the sheep within his world, “Be afraid! The worst will happen and no one can save you! We have no choice but to fight as hard as we can before everything goes to hell!” A fearmonger doesn’t acknowledge the sovereignty of God; his god is fear and that is blasphemy.

To Fearmonger is Just Plain Blasphemy 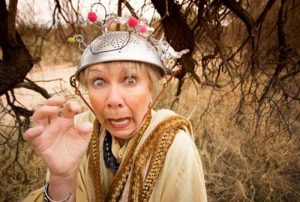 The Holy Spirit has called me on my fear regularly for the last year in the realm of politics. I was hooked and crooked and spanked and hugged and LOVED as I moved through the battleground of fear vs. fear that was Election 2016. My Good Shepherd checked me and kept me, and when I poured out my fearful heart to Him, I was delivered of my fears. It isn’t just a comforting verse; it’s as real as breathing. I get scared. We all do. This is human. But as a born-again believer, I am called to deal with that fear before God lest it rule me. A fearmonger chooses to nurse and propagate his fear in defiance of God’s sovereign choice and in contempt of His sovereign rule. That’s the blasphemy.

I believe, Christ gave us the foundational metaphor for engaging our culture when He told his followers. “You are the salt of the earth, but if salt has lost its taste, how shall its saltiness be restored? It is no longer good for anything except to be thrown out and trampled under peoples feet. You are the light of the world. A city set on a hill cannot be hidden. Nor do people light a lamp and put it under a basket, but on a stand and it gives light to all in the house. In the same way, let… Read more »

Thank you Jennifer and Bruce what a consolation and comfort thee sscriptures are. Bruce, you sounded like
Martha in your statement about the ‘voice’ BLESS you both and thank you LORD for this good word

Good word Jennifer. This reminds me of the contagion of victim-hood.

The voice we “listen to” (trust, hope in) is likely the voice we will heed. Hearing, may not be a choice, but “listening to” is.

Proverbs 29:25 KJV The fear of man bringeth a snare: but whoso “PUTTETH” his trust in the LORD shall be safe.