Recently I was in a meeting where someone spoke spiritual revelations. I believe they were correct in principle but the words fell dead in the delivery. I believe this person was hearing God. God was speaking and she wanted to share what He was saying, but there wasn’t the life flow of the Spirit rising up in power through her words. The breath of God was absent because there wasn’t her own beating heart behind it. She spoke truisms, but they became false because they didn’t have the Spirit bearing witness to LIFE behind those words.

There has to be a beating heart-Life engaged behind His words or they are just words formed together making up sentences. They may be true. They may be from God. But unless His LIFE breathes it through the Spirit, it’s dead.

His Words With Life by the Spirit 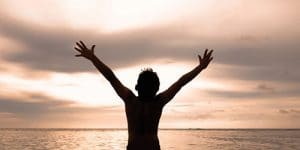 “For the letter kills, but the Spirit produces life.”
2 Corinthians 3:6b

Her meaning was important but there was no ‘there, there!’ I grieved.  I sat there and frowned. “She has fallen short. Oh God, Jesus help!” She was just dead. I was not angry with her. I grieved for her. Then I grieved that true Life was not coming forth for Christ’s sake. It was meaningless and I knew it could have been Life!

So how can something true, ring as false?

Christ’s revelation should be a fire that ignites everyone who hears. The hearers become involved and caught up in a backdraft of the power of the Spirit’s fire. It takes you into His voice personally for you. It’s no longer the speakers’ voice.  It is HIS vibrant piercing to my heart.  From heart to heart—From spirit to spirit—From fire to blaze.

We missed life. Those words were only wind and no breath!  It was tragic. 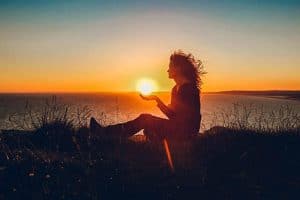 The Prophet Jeremiah said, “The prophets will prove to be full of wind. The LORD has not spoken through them.” Jer 5:13   poof!  Just air!  Nothing tangible.

When God speaks, His words are tangible because they are united with a person He created and indwells. I am one with Him and when He speaks we are in absolute agreement and union to bring forth life.  When you and He are ONE and it is Christ through you, it becomes a creative miracle!  And LIFE comes forth and it is tangible. You can feel it.

But this lady said it but it was dead because her heart and His words were not ONE. They were not bringing forth life. She was like a dictation reporter.

That is not the way Christ works. Not a single one of His prophets spoke this way. They were impassioned and wild. John the Baptist! Elijah. Jeremiah, the weeping prophet.  Ezekiel. Not a single one of them pontificated or dictated. They birthed God into this realm! They brought forth Life because they were incredibly engaged. And they were consumed with God and by God! You can’t do that unless your whole heart is engulfed.

I agree SO much!!! Set your people on fire for You Lord Jesus, our beautiful awesome worthy King!!! He has set a fire in my heart and I intend to very diligently keep it ablaze ? by pressing hard into Him. Jesus help us all to do this and anoint us with Your power and presence. Let us not ever be happy with anything less. Amen

Amen Kimberly. I agree! Glad this spoke to you. Thank you so much for your encouragement and for your following of the blog. Tomorrow is part 2 of this message.

0
Reply
Words With Heart | Get Along With God