When I wrote about courage and fear last week, I used the attempted assassination of President Andrew Jackson as an example of courage over fear. Something else occurs to me in this story that I think is very important: God’s sovereign Hand over it all. Our days are numbered and kept by our sovereign God, and nothing can overthrow His move on when and how we leave this earth. 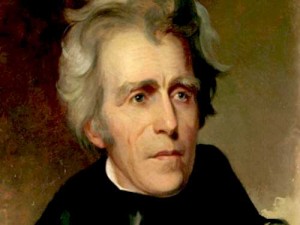 Two pistols misfired when the assassin tried to kill President Jackson. The man brought two different guns and BOTH misfired. When the guns were later checked out, they worked perfectly. A misfire couldn’t be induced! The life of Andrew Jackson was ultimately subject to God, and no mere man, however determined, can change what God ordains.

Doesn’t this bolster your courage? Our lives are not at the mercy of events or catastrophe or murderous attacks; God decides when and how we meet Him face to face. I need to know this, to BELIEVE this, down to the core of my being. When I die, it will be because my sovereign God takes me, regardless of circumstance. He decides!

A Sovereign God Protects Us 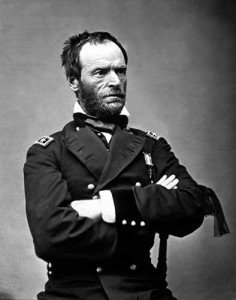 The sovereign move of God doesn’t just prevent others from taking us before our appointed time; it also prevents us from moving beyond His plan. I was reminded of General Sherman and the Battle of Shiloh. Sherman had just returned from home, where he’d been “recuperating” from a mental breakdown. He was near suicidal after having been declared “unfit” by his commanding officer. He was being called “insane” in the newspapers. He was a complete mess. It was his friend, General Ulysses Grant, who took him back on and gave him another chance.

That’s what the Battle of Shiloh was for Sherman: a chance. Maybe his last chance, and Sherman grabbed it with both hands and threw fear and failure out the window. He was going to justify Grant’s trust, whatever the cost. And make no mistake, the Battle of Shiloh was a very costly battle. Sherman had three horses shot out from under him and was wounded twice. He may have been determined to die rather than fail again, but God had other plans for him. Sherman was spared by his Sovereign.

God’s sovereignty is humbling and sometimes frightening but seeing it in this light is so reassuring to me. I’ve known that fear is an assault on the goodness and sovereignty of God, but somehow I missed that the reverse is also true. When I hold fast to the goodness of God and acknowledge His sovereign hold on my life, any fear is obliterated. God Himself is the “Perfect Love” that casts out fear.

The fear of man brings a snare, but whoever leans on, trusts in, and puts his confidence in the Lord is safe and set on high.
Proverbs 29:25 AMPC

We had the sentence of death in ourselves, that we should not trust in ourselves but in God who raises the dead. (2 Corinthians 1:9)

And our faith, hope and trust in Him alone is our life and source, our breath. Weather here today or gone tomorrow we all must cross that threshold. That is where I am today, not sure about tomorrow or even tonight.

Yes. What an awesome reminder of His power over us all. Thank you…

just what I needed today! Thank you.