I used to get a little panicked when I thought about the sheer mass of things that we don’t know. In fact, there was so little balance between the things we know and what we don’t know that the world would start to close in on me a bit. I called it mental claustrophobia and it could lead to a respectable panic attack if I didn’t turn my thoughts in another direction. I haven’t had my thoughts turn in that direction in a long while, but something I read yesterday made me think, once again, of all that we don’t know: the secret cats of Disneyland.

We Don’t Know Disney After Dark 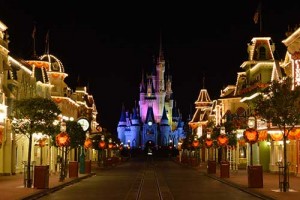 In 1955, Walt Disney built a theme park called Disneyland. It was going to be magical! Except that a rather large number of feral cats began to call this happy place their home. Given the prominence of Mickey Mouse, you’d think this would be expected, but no. The cats were at first considered a problem, and some rather ugly methods would need to be employed to get rid of them. Since this is Disney we’re talking about, I’m thinking roller skating dogs with laser beam helmets and a theme song by Peabo Bryson. Just brutal stuff.

Instead Walt Disney opted to keep the cats in order to fight the hordes of incoming vermin. The crumb-load generated by thousands of little kids every day would have to attract a pretty massive population of rats and mice. And what better to fight an army of rodents than an army of hungry cats? And we don’t know such a violent battle takes place every night after everyone leaves.

Feral cats aren’t interested in making themselves known to humans, so keeping their numbers away from park goers wasn’t too difficult. And now every Disney park has cats lurking in the shadows and corners, resting up for a nightly patrol/hunt that few people even know about. Isn’t that crazy? This is my new favorite “we don’t know anything” story.

We Don’t Know But the World Spins On 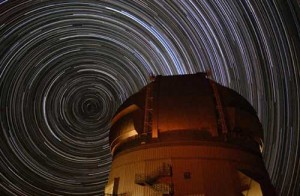 We don’t even know all that we don’t know. Every night, creation fights to maintain a balance dictated by the Creator. Cats hunt and kill vermin, keeping their numbers down. Without the cats, every corn dog and funnel cake that little Tommy and Lulu tried to eat would probably turn into a fight or flight situation. Listen, a well-fed rat with little to fear is more than a match for your average five-year-old. What kind of world would that kind of widespread childhood trauma lead to? A pretty scary one with no funnel cake.

We don’t know MOST of what happens and how it happens and why it happens in this world. And that used to scare me because I really thought that I needed to know. Back then, my motto was pretty close to this: “What we don’t know will surely kill us.” And when you have to save yourself and be God and fix everything, that’s a pretty good model. But when we’re little children with a Perfect Father, what we don’t know can be the beginning of a great adventure, or a really fun story, or reason #64,256,789,211 that God is so very worth knowing.

I, Wisdom, share a home with shrewdness
and have knowledge and discretion.

Thank you Jen. Love your posts

Aha!!! So nice. What a thrill and gladness to read you today. Those Proverbs verses are so spot on, exactly in line with current Martha’s devotionals “Who are You, God?”… focusing now on Psalm 91:14:

Because he has set his love on me, therefore I will deliver him…

The more I learn the less I seem to know. ?

Oh Jennifer!
How I love to start the day with fun!
😉