If Christ is in you, and you are utterly surrendered to Him, it is natural to see what He sees.

I went to a bridal shower. I wasn’t feeling very well, but the Lord said, “Go.” So I went. When I walked in the door, a lovely lady greeted me with a hug. She knew of me but I didn’t know her. Immediately I recognized she was a special person to God and I loved her. Strangely, since that day she has been so dearly on my heart and I have been praying for her. I just know we will meet again. Jesus’ gaze is on her.

The Love in Christ’s Gaze 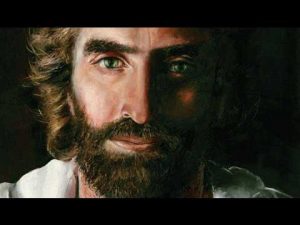 You may have read the travel stories of our ‘ministry to waitresses.’ Four of us were traveling through New England and Canada, and in almost every restaurant we would see who Christ was seeing among the waitresses. Amazingly, when we would recount it later, we all were focused on the same one. We didn’t try, we didn’t expect, we were just there for Christ, and a connection of HIS love would go to that one person. In heaven we will know what was the impact of His gaze through us, not our choice or our focus.

In another trip overseas, I watched one waitress working. She was an outstanding servant and I called her over to compliment her. We went again to that place and when I spoke to her, she just scooted me aside and sat down in the chair with me and put her arm around me. I gave her our website info and a booklet or two.

Such is Christ’s walking through the world. His foreknowledge and gaze fell on the Samaritan woman at the well. “I must go to Samaria.” This is how He lived and moved through His journey of God’s will. And we can watch Him do the same within our common journey. In our designated path are those ones, usually not everyone, but the individual that God wants us to SEE with His own seeing.

The Loving Gaze That Saves 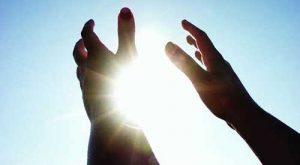 You might remember the one nurse’s aid I mentioned in a podcast. During my ten-day stay in the hospice with my husband, she was one I “saw.” She started calling me sweetie and I called her honey. Once I was led to point my finger at her and say, “YOU are special.” Later, again as I was led, I told her that I knew Christ and it was God Who called her special, not me. Her answer was, “I’ll take that.”

I was in a situation with a person who would persistently warn me against a certain woman. I saw this woman with Christ’s eyes and it didn’t seem to matter even if she was guilty. I really couldn’t take in the report about her, which was malicious. And it didn’t affect how I viewed her. Later, the person who slandered her asked me, “So how do you feel about her?” I answered, “I just love her.” She said rather angrily, “You would.”

No, Jesus would. And that accused lady became personally known to me as precious and guileless.

For my eyes are fixed on you, O Sovereign Lord…
Psalm 141:8a NIV

My gaze is fixed upon You, Eternal One, my Lord…
Psalm 141:8a Voice

I need to meditate on this and process it. It is speaking strongly to my spirit. Thank you so much for all the wonderful sharing you and your team give out to us. I love you Wanda

Here I witness this…a most beautiful praise song.
Sung by one who is loved and loves in return…

Do I notice everything she is trying to say?
Can I feel all the passion in her words?
I do not know for sure…

But, I wish to tell this shulamite one thing…
I can hear your voice. It is calling.
It stirs me and urges me to join in…
May we sing His praises all the way to our last breath!
Because He is worthy…

Thank you… and thank you.

This is so beautiful and encouraging and may HIS gaze be in me as you are sharing!!!!! Bless you!!!!! LOVE

As I read this…” In heaven we will know what was the impact of His gaze through us,…” This is what came to mind…”at least the shadow of Peter passing by might fall on some of them.” Acts 5:15 When one is so “utterly surrendered to Him”… “I was in a situation with a person who would persistently warn me against a certain woman. I saw this woman with Christ’s eyes and it didn’t seem to matter even if she was guilty. I really couldn’t take in the report about her, which was malicious. And it didn’t affect how I… Read more »