I mentioned Worshipping the Ways of God in my last post, and I’m still on that. When I examine the ways of God, I am usually terrified or utterly confounded. And the more I ponder His ways for the purpose of understanding them, the more shocked and frustrated I get. I cannot take the ways of God and use them to paint a picture that is remotely coherent. God’s ways cannot be categorized any more than He can be.

The Ways of God Are Not Civilized 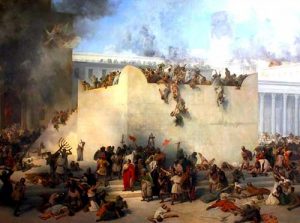 Look up civilized in any dictionary you choose, and you will have to agree that God’s ways don’t fall under its definition. The actions of Phinehas and Jael alone violate the very essence of civilized. Elisha was mocked by a mob of ‘youths’ and 42 of them were mauled by two bears after he cursed them. The Promised Land was fully occupied when God gave it to the Israelites. The Israelites killed everyone and everything in Jericho – men, women, children, animals – except for Rahab and her family. We have a term for that kind of action: war crime. Civilized people would never do such a thing. But our God did and He is Good.

I have struggled mightily with the ways of God, because they don’t always match what I’ve been told is ‘good.’ All of the examples I’ve used so far are from the Old Testament, but there is no scripture where God says, “Sorry, old chap, I really shouldn’t have done that!” God does not apologize for His ways. When asked to explain Himself, He reminds us why we should fear Him alone:

“Woe to the one who argues with his Maker—one clay pot among many. Does clay say to the one forming it, ‘What are you making?’”
Isaiah 45:9 HCSB

The Ways of God Are NOT Our Ways 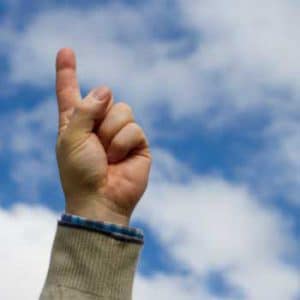 The number of people saying that they KNOW what God would do and what He would NEVER do gets bigger every day. The temptation to shriek right back at them is great because flesh calls to flesh. Human ways (the ways of Satan) are predictable and unimaginative. If seduction fails, then manipulate. If manipulation fails, then bribe. If bribery fails, try blackmail. And if blackmail fails, then murder is on the menu. The enemy doesn’t have to switch it up because he knows he’s dealing with sheep. We’re not criminal masterminds, though we really do think we could be.

The ways of God are just plain bonkers to my sheepy mind. God shows me an evil, twisted, repellant goat-face and says, “Don’t just love her, delight in her!” He zigs where I would zag, withholds when I would pour out, and hugs the one I’d hit. I don’t understand His ways, but I have witnessed the victorious result. I am a victorious result of His inexplicable ways toward the twisted goat-faces of the world.

Now more than ever, I need to be in God’s will and a surrendered vessel for His ways. So-called ‘goodness’ and ‘civility’ is failing. Badly failing. Everybody claims to know what to do but nothing is working. The problems are multiplying beyond the reach of common sense and educated methods. Not surprising, because sheep can’t shear themselves.

Victory in the Ways of God 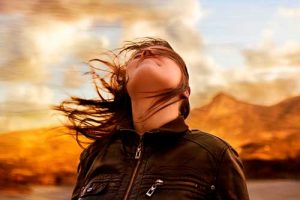 Victory is only found in God, and in the ways of God. I don’t want to miss His explosive creativity in my life or the world around me! I want to live surprised by Him. I want to be a vessel for the ways of God, in all their brilliance and strangeness and triumph.

The Lord who made the earth, the Lord who forms it to establish it, Yahweh is His name, says this: Call to Me and I will answer you and tell you great and incomprehensible things you do not know.
Jeremiah 33:2-3 HCSB

Thanks, Jennifer, for sharing that God given wisdom… I’ve been pondering the verse “our God is a Consuming Fire” (which sounds pretty brutal and horrible too) and I keep seeing a huge fire and if something is placed in that Fire, the only thing that is left will be Fire…I’m being purified as He puts me deeper into Himself and, when He is done, the only identity that will not be burned up will be the Consuming Fire!