1 Corinthians 11:28-32 AMPC
Let a man [thoroughly] examine himself, and [only when he has done] so should he eat of the bread and drink of the cup.

In my early walk with the Lord, my husband and I were members of an Episcopal Church. Our pastor was a Spirit-filled, very wise man. I learned a lot from him about the Eucharist. The Lord’s Supper was a central ceremony of the Episcopal Church at that time. It was offered several times a week.

I came to understand that the Eucharist was for healing and forgiveness. It was the means to reconciliation with God and restoration of all life. I was taught great reverence for the Lord’s Supper.

The Eucharist Should Be Taken Prayerfully 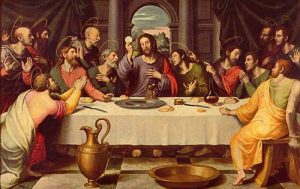 I was often in tears as I received the wine and bread. Sometimes tears of awe, sometimes of repentance. In the latter case, I couldn’t wait to get to the Table of the Lord because I so believed in His Body and Blood as my source of Christ’s Life for all human need. The elements of the ceremony were symbols for ‘remembrance of Christ,’ of all He gave on the cross and for the Holy Spirit to pour His divine life into us.

We were led in prayers of confession and self-examination. And we were taught also that until sin was named and admitted to God, one should not take communion. Just as the scripture above says!

When It’s Better to Abstain from the Eucharist 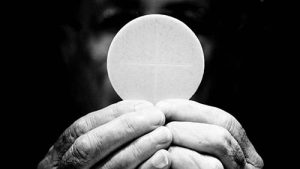 It was not unusual for people to abstain from the communion. I often did so when I was still in the process of ‘judging’ myself. Many stayed in their seats when others went to the Lord’s Table. No one considered it odd. In fact it evoked respect for people who were serious about the Eucharist.

We had learned it was better to abstain than to partake with an unworthy condition of soul. Well, in light of the scriptures, it was just smart.

The second part of this writing on the Holy Eucharist will be posted tomorrow. You don’t want to miss it!

Thank you, Martha. The Word of God is so plain on this. I used to think that this process was being watered down, eliminated or rushed through for whatever reason; maybe it’s not intentional — could it be that many just don’t know the Word?

such an important truth ….. ❤️