Martha’s posts the past two days reminded me of my initial response to spiritual sight in action: “What the…?!” I wasn’t born again and I had no frame of reference for what I witnessed in both Martha and John. How could they possibly be so sure of what God saw? How could they know His mind about a situation? Was this really God and did these people really know Him? 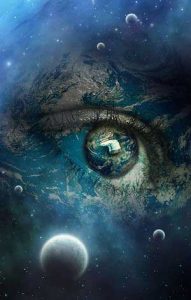 Martha and John were different from other Christians I’d met, something I realized pretty quickly. Instinctively I knew they belonged to God in all truth and reality, but as I wasn’t too fond of God at the time, that didn’t exactly draw me in. I was pretty sure I had God’s number and I thought that the other shoe was bound to drop sooner or later. I kept waiting but it never did. Instead, I was almost always confounded by my interactions with them.

They knew things about me that they had no business knowing, which is incredibly disconcerting. Even more unsettling, they didn’t use that knowledge to manipulate me. They saw me as I truly was and didn’t try to cover me with shame or beat me with condemnation until I cried ‘Uncle!’ What do you do with people who don’t play by the rules you’ve been taught? Being the beneficiary of spiritual sight was equal parts fascinating and terrifying for me.

Years ago I wrote about a conversation I had with John about my love for Battlestar Galactica, and that exchange is a great example of the disarming quality of letting God see someone else through you. I was so sure that God loathed me for loving the wrong things. And I remember that John’s matter of fact declaration of the exact opposite pierced straight into my heart and opened a door to God that had been closed. In fact, it was the straightforward and natural way that John conveyed God’s mind about me that really got my attention.

Spiritual Sight is Natural, Not Creepy 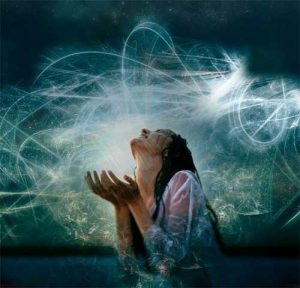 John didn’t milk the revelation of God’s mind and heart for me. He just told me. And when I talked to Martha, she didn’t pull any super-spiritual stunts either; they were both completely natural about knowing the heart and mind of God, and it astonished me. Most of the people I’d known who claimed that kind of divine access had put on quite a show about it. It was creepy and sad, not unlike the gypsy fortunetellers with their crystal balls and singsong voices. This was different. This was real and unadulterated.

The eyes of Jesus looked at me through Martha and John and my whole world changed. My lies unraveled and my buffers were extinguished and my heart was broken open, raw and oozing. When the wheels came off my cart, it wasn’t pretty at all, but that’s not what mattered. My reconciliation to God mattered, and it was the heavenly gaze that moved me in that direction. They gazed at Jesus Christ and then let Him gaze at me through them—such a practical, natural thing, yet it sounds utterly outlandish.

Seeing into the heavens is the spiritual sight that brings the will of the King and His kingdom to earth. And no human can remain unchanged by it. Either they run screaming away from the eyes with spiritual sight into madness and torment, or they drive toward those eyes and watch everything fall apart and fall away until they’re just a poor, naked wretch kneeling in front of God Almighty. And that’s when things get interesting!

And at the end of the time I, Nebuchadnezzar, lifted my eyes to heaven, and my understanding returned to me; and I blessed the Most High and praised and honored Him who lives forever:

For His dominion is an everlasting dominion,
And His kingdom is from generation to generation.
Daniel 4:34 NKJV

Nebuchadnezzar clearly had a broken and contrite heart at the end, but it was his gaze – “I, Nebuchadnezzar, lifted my eyes to heaven, and my understanding returned to me” – that brought him out of madness and into the light. Spiritual sight is so much more than I know, but I know that I want it.

Thank you for your always raw and open honesty. It is such a breath of fresh air!

Spiritual sight should be natural and not creepy! Gonna “chew” on that one all day. Thanks Jennifer

Yes… Jesus Christ always confounding the rulers and powers of this world. His right judgments (righteousness and justice) begin in His House… ourselves. And thank you Jesus for that!

Jesus is an ongoing amazement.
Love abounding to the Body.

“This was different. This was real and unadulterated.”
Yes.

“My reconciliation to God mattered,…”
Such love, Perfect Love…to want nothing more than Christ for another other.

Jennifer, I am blessed to witness His love for you (and me) through the Beautiful Body of Christ.