In my last post, I looked at the consequences of Romans 1 from an individual perspective. Specifically, I talked about the physical degradation of the genetic code that accompanies the spiritual degradation of our souls, and how that degradation is carried in our blood from generation to generation. But it doesn’t stop there, because consequences that are personal can also become national. Did you know that since 1950, the average human IQ has dropped three points? I believe that we are witnessing the effects of generational curses (Romans 1) writ large.

Romans 1 and the Darkened Mind 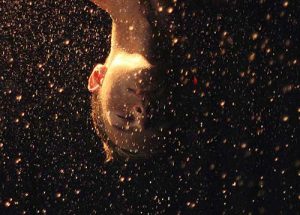 In Romans 1, the very first consequence of hating God is a degraded and darkened mind.

Because when they knew and recognized Him as God, they did not honor and glorify Him as God or give Him thanks. But instead they became futile and godless in their thinking [with vain imaginings, foolish reasoning, and stupid speculations] and their senseless minds were darkened.

Claiming to be wise, they became fools [professing to be smart, they made simpletons of themselves].
Romans 1:21-22 AMPC

I’ve usually understood these verses in the context of behavior and thinking alone, but that may only scratch the surface. What if it’s not just individual thoughts that become degraded but the actual capability for thoughts as well? And what if that degraded capability is encoded and passed down through an unrepentant bloodline? An IQ test basically measures the ability to learn, the ability to process information, and how well one comprehends the information that’s processed. It’s not foolproof, of course, because humans created it and humans are fallible, but it is a general marker of intelligence.

Of the many things that science has yet to prove or even reach consensus on is just how much DNA determines IQ. The range is 50-80% with current data. Any way you slice it, that’s a sizable impact. We operate under blessing or curse in this life, as we choose, and that’s what we pass on to our children as well: blessing or curse.

Romans 1 Illustrates the Rise of Fools 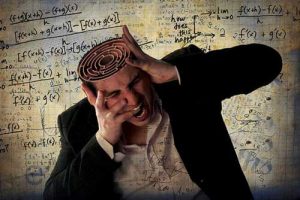 Since 1950, the average human IQ has dropped 3 points. Doesn’t this put a different spin on the corresponding rise in lawlessness during that same time period? More and more I hear people lamenting that there’s no common sense to be found. Well, maybe common sense corresponds to belief in God and reverence for His ways, and that’s much harder to find now than it was 65 years ago. Maybe when people say that the world seems to be getting dumber and more bestial, they’re not far off the mark. If you know your history, you know that the fall of Rome was precipitated by a rise in both lawlessness and widespread stupidity. The world tends to present the lawlessness as a byproduct of stupidity, but Romans 1 clearly indicates that it’s the other way around.

[They were] without understanding, conscienceless and faithless, heartless and loveless [and] merciless.
Romans 1:31 AMPC

It’s easy to watch the news, or read a paper, or simply walk around with your eyes open and find yourself thinking, “Has the world gone mad?” The better question might be, “Is the world going mad?” And the Scripturally-sound answer is yes.

There is hope for the lost while they draw breath. After all, Rome fell but God was merciful and the world carried on. I know firsthand just how merciful God is, so my prayer is for huge repentance. We are not stuck, forced to labor perpetually under the weight of generational curses. Our God is just and He is Love. Through the Blood of Jesus Christ we are saved out of our inherited slavery. And through that precious Blood we have access to the unfathomable riches of wisdom and wonder that exists only within the mind of Christ Himself!

For God hath not given us the spirit of fear; but of power, and of love, and of a sound mind.
2 Timothy 1:7 KJV

Awesome and on point

Oh the profound implications of our choices in life! Thank you so much for this enlightening series Jennifer!

Very deep…and timely. Praising God for His revelation through you

Ah… how true. His Blood is such a regenerating thing. The Blood of Jesus has real cleansing properties. Remember the cross and the lancet: blood and then water. The water indicates that everything washed under the blood is cleansed.

This includes our forefathers sins! THe Blood really gets you into a new lineage. It stops the unsaved curse and it begins to build a new pattern, a new building.

I really appreciate and enjoy this word you are bringing.
Love, Jennifer!