There is a beautiful encounter Jesus and Nathanael had, and I love to think about it. It was the moment that Nathanael’s heart ignited with personal knowledge of God. The Lord in this moment became deeply intimate and personal to him. This Light lit all of his quiet times in prayer with the person of Christ. How I wish I could have seen his eyes on that day when his sarcasm became stunning revelation! Nathanael blurted out, “Teacher, You are truly the Son of God and the King of Israel!” The wonder of that moment is palpable. 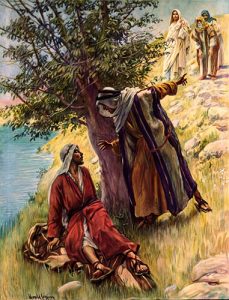 The next day Jesus decided to leave for Galilee. Finding Philip, He said to him, “Follow me.” Philip, like Andrew and Peter, was from the town of Bethsaida. Philip found Nathanael and told him, “We have found the one Moses wrote about in the Law, and about whom the prophets also wrote—Jesus of Nazareth, the son of Joseph.” “Nazareth! Can anything good come from there?” Nathanael asked. “Come and see,” said Philip.

When Jesus saw Nathanael approaching, He said of him, “Here truly is an Israelite in whom there is no deceit.” “How do you know me?” Nathanael asked. Jesus answered, “I saw you while you were still under the fig tree before Philip called you.” Then Nathanael declared, “Rabbi, You are the Son of God; You are the king of Israel.” Jesus said, “You believe because I told you I saw you under the fig tree. You will see greater things than that.” He then added, “Very truly I tell you, you will see ‘heaven open, and the angels of God ascending and descending on’ the Son of Man.”
John 1:43-51 NIV 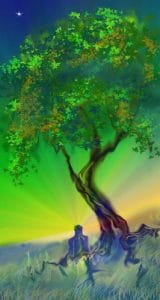 Because Jesus became real to Nathanael personally, he knew He was the Son of God and King of Israel. We can bow to Lordship by choice, but for it to be truly real, it has to become personal. Nathanael bore witness to the One who was with him in his quiet times. Jesus was revealed to be the presence in His quiet time. Yes, God revealed Himself to him under the fig tree.

I have called this happening “figtimacy” in the past. It is in this quiet moment where a man seeks His God and prays to Him. This deeply intimate, completely personal moment where Nathanael brought his heart to God and looked to Him. How many of these moments have you personally had? I know they are not rare. But the igniting of Nathanael’s knowledge of the “Who” he was praying to happened in that very moment with Christ. Jesus turn on the revelatory light switch for Nathanael and redeemed all of his quiet times with the deeply personal message: “I saw you!” 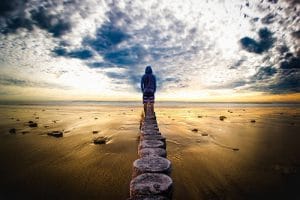 Many of our quiet times are done in stillness and silence. We enter these moments in faith that the One we are praying to hears and is aware of us. It is a step of faith because we don’t always feel or sense the Lord’s presence. But we come day by day out of desperation and longing to touch the heavenly realm and the Creator of all. Yet on this day with Nathanael, Jesus put a face on the presence in the prayer time. Jesus made all of his quite times deeply personal. I can just hear him proclaim, “It was You, it was YOU I felt!” I can’t imagine the exhilaration he must have felt in that moment. He was seen by his God! And in his being seen, he saw the One to whom he was praying.

Do you now see why I love this encounter between Jesus and Nathanael? It set ablaze all the faith-filled fodder Nathanael had invested in prayer. Jesus became Source because Nathanael was touched and seen personally. It is so beautiful!

To be known by Him is to know Him. Under our fig tree, where life lays open our heart, He is the One we commune with, our prayer reaching out. And sometimes a strange new sense comes in these laid open places..so new..not ‘thought of’ but rather infused. Only a heart can take it in. And He unfolds it in our lives till we see how very known we are by Him…and we see HIM. Oh, His eyes of Love. Prayer is deeply personal and intimate, the knowing of person and Person. The Spirit will attest to it. And isn’t… Read more »

It is truly beautiful and I long for it with all my heart!