God and Life on the Moon 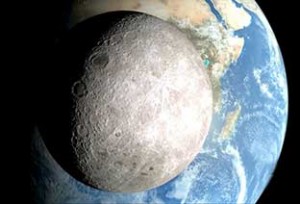 “You develop an instant global consciousness, a people orientation, an intense dissatisfaction with the state of the world, and a compulsion to do something about it. From out there on the moon, international politics look so petty. You want to grab a politician by the scruff of the neck and drag him a quarter of a million miles out and say, ‘Look at that, you son of a b*#%@.’”
Edgar Mitchell (1930 – 2016), 6th man to walk on the moon, describes seeing the earth from the moon

For though they knew God, they did not glorify Him as God or show gratitude. Instead, their thinking became nonsense, and their senseless minds were darkened.
Romans 1:21 HCSB

You may be wondering what a history-making astronaut has to do with this terrifying verse in Romans. I wasn’t sure myself until the Spirit brought me back to the repentance and deliverance that I’ve experienced of late. I don’t think that there is any spiritual dealing that isn’t shot through with our response to the sovereignty of God in that place or moment. Our life rises and falls on the choices we make, but maybe the Romans 1 principle of humanity’s response to a sovereign, good God has more to do with the consequences of our choices than we comprehend.

A Mind on the Moon 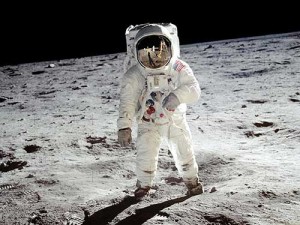 Edgar Mitchell died last week at the age of 85. He was a highly decorated astronaut who took part in the longest walk on the lunar surface during the Apollo 14 mission. I haven’t looked too deeply into his life, so he may have experienced redemption before the end (I hope so), but what I do know of him is “their thinking became nonsense” writ large.

This MIT graduate and fearless Navy pilot went on the record many times in his post-NASA years to discuss his belief in the existence of aliens and UFOs. He was a big believer in New Age mysticism and ESP and remote healing. This man slipped the surly bonds of earth as few ever will in this life, and this is where he went with it. Is it possible that the greater the expanse of the heavens you’re exposed to, the quicker your mind slides down when you refuse to acknowledge the sovereign God Who created them?

My Own Moon Sickness 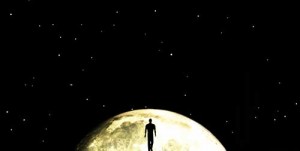 This is incredibly sobering for me right now, because I can see that it is the sovereign goodness of God that I bang my head against in a million different ways. I’ve told you about carrying the weight of the world and the drive to “fix.” Look again at Mitchell’s most well-known quote and tell me what that sounds like. A bit familiar, no? This is a man standing on the surface of the moon, gazing out at the blue, green, and white orb of the earth, and what he feels is “intense dissatisfaction with the state of the world, and a compulsion to do something about it.” The wonder is all but drowned beneath Mitchell’s imperative to play God and “fix” it.

By all accounts Mitchell had a high intellect; it didn’t stop his descent into madness and idiocy. The Romans 1 principle cannot be bypassed or escaped or fooled. Is my struggle in certain areas precisely because of this principle? Am I ungrateful to God for the parts of my life that I don’t like? Is my refusal to glorify Him in these very places the main obstacle to making peace with them?

When I look up into the night skies and see the work of your fingers—the moon and the stars you have made—I cannot understand how you can bother with mere puny man, to pay any attention to him!

And yet you have made him only a little lower than the angels and placed a crown of glory and honor upon his head.
Psalm 8:3-5 TLB

“Am I ungrateful to God for the parts of my life that I don’t like?” This question stands out for me also, on many levels. Do I fool myself when I ‘believe’ I am grateful to God for all the parts of my life – the good, the bad, and the ugly? I even go so far as to to take the stance that because it is ALL from Him and He is GOOD that it doesn’t matter what label I put on life’s parts, they are all GOOD. Is it an honest statement for me to say that even… Read more »

Am I ungrateful to God for the parts of my life that I don’t like? Is my refusal to glorify Him in these very places the main obstacle to making peace with them?

What a piercing question today, today so tempted by the displeasure of my own.

THANK YOU
(In Colombianish it would be “a million thanks”.)

Wow… you are so right, and verses are so spot on. That’s amazing how “not showing gratitude (to God being God)” brings mental unbalance. Well, in this case I believe the mental and bodily unbalance comes because of spiritual unbalance!!