Think with me a moment. Would God spend the life of one of His disciples just to express His love to a single person? Could He prepare a whole banqueting table so just one could eat? Would He be this wasteful, this extravagant, and this excessive? The answer is yes. And if we don’t understand why, then we might be judging things with human eyes! 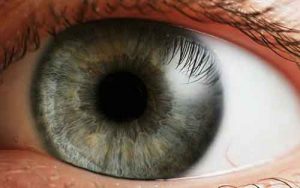 I don’t understand the economy of Christ. I look for ROI (return on investment) with strategy but He sees eternity. While I can view His use of resources as a life wasted, He sees it quite differently. He sees that even the very last breath was worth it all. Imagine, a single breath for Him could be worth it all to Him. Do we understand that? A breath?

Would God invest a lifetime for a single breath directed toward Him, His ways and His Life? This is profane and grotesque to me. And that’s because I am human with human eyes. His Ways are not my ways; they’re much higher. His plans don’t fall in line with mine, though they are incorporated all the while. Why? Because I, too, am His focus. He sees my life in totality, while I see only my moments. Why waste the whole life to secure a single breath at the end, when God could have orchestrated this life to produce the whole time? Because He is God, not I! 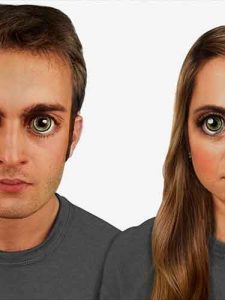 This post isn’t necessarily about salvation, but I have an example of salvation that expresses the economy of God. I witnessed this in the death of a friend. This woman spent her life frivolously running about with sentiment and foolishness. She was a churchgoer with no real depth or reality. Her life was a series of bumper sticker sayings, and her fruit was trivial at best. But at the end of her life, I heard a surprising word from the Lord. There she lay on her deathbed, being fed with a milky white substance through a tube, and she repented. At the end, she called on the name of the Lord. And what I heard the Lord say to me about her was this: “I am so pleased to finally have her!”

He did not say, “Look at the life she wasted!” or “Finally, stupid!” No, He communicated His joy to me that she was now His. Her life was spent to come to that one decision, a single choice, and that was enough for God. It was so contrary to my do, do, and produce mentality. But He was satisfied. Does this offend your sensibilities, too?

It reminds me of the scripture about the workers in the vineyard. You remember, at the end of the day when the workers were getting their wages, the first to be hired complained. “Hey, wait a minute! We bore the burden of the labor in the heat of the day, and those who only worked for an hour get the same as us?!” The economy of God is not my economy. Thank God! I don’t get what I deserve either but instead receive according to His pleasure.

Judging His Will With Human Eyes 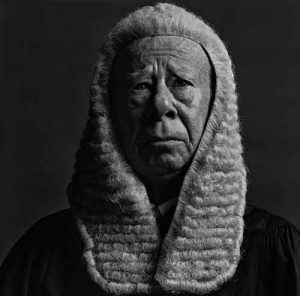 In the past I have struggled against His Will. I have looked at things with human eyes and questioned some of His choices. But I know now that He ALWAYS knows best. All is God’s, and how He chooses to spend what is His is up to Him. This post is about His Ways. And as we, His yielded vessels, surrender to say yes, He brings forth His pleasure and His glory.

Don’t let foreigners who commit themselves to the LORD say, “The LORD will never let me be part of His people.” And don’t let the eunuchs say, “I’m a dried-up tree with no children and no future.”
Isaiah 56:3 NIV

*As one who’s been judging with human eyes most of my life, I would have to say one of the most helpful resources that has addressed this is a small booklet Worshipping the Ways of God by Watchman Nee. I should read it every six months. If you don’t have it I highly recommend it, if you do, it might be a good time to reread it. It is absolute LIFE!

Well I must also say that the Blogs, MK and Podcast are also LIFE. I agree about this booklet totally. Thank you for sharing what God is given you!!!! This makes me want to cry out to be completely yielded to God’s WAYS and worship them. He always knows what’s best!!!!!

I haven’t read this, so I ordered it!

Thank you, John and Pauline for sharing Him and His preciousness and Love for His own. i have a very elderly dad in a nursing home and This is Pure Hope. Thank you so very much. Gosh – His ways are not my ways ! Thank you, Lord for sharing Your View. Love!

John, that statement that you heard the Lord speak to you is so God-awesome! (Can’t think of a word for it.) What a privilege to hear His heart! I asked Stephen if he would comment regarding a scenario he went through regarding His ways, His vessel but he’s too ill right now and said I could relate it — true story: Just before we were married, he was working as a CNA at a small nursing home. After about 2 years, because of false accusations, ridicule, and just plain hatred on the part of his supervisors for no reason he… Read more »

What a precious gift He gave you John. To witness this ones life as lived and then to share in her greatest moment of all in her passing.
No life created by God is wasted. Even if sadly never surrendered to Him it is not a waste for that life has impacted someone, somewhere, in some way. Look at the impact this ones last breath had on you and in turn has come to impact each of us who reads this post. She left this world in a last breath surrender to Him and her story is still being told.

Such a cool way of viewing that! It is my honor to be the witness of His miracle and wonder. He is sovereign!
Love you Tammy.