Jesus is inescapable! No matter how hard we try, Jesus is the inescapable force whispering to us as we make our every step. I can deny Him, try to ignore Him, even attempt to rewrite Him but assuredly I can never escape Him.

The world was fashioned for Him, by Him, and we remain powerless to extract ourselves from Him. He is inescapably imprinted on all things. Every one of us is created in and from and by His own Living DNA. Whether Jew or Gentile, Muslim or Christian, Buddhist or whatever religion I choose, still Jesus is inescapable. He remains the intrinsic element of my entire world. 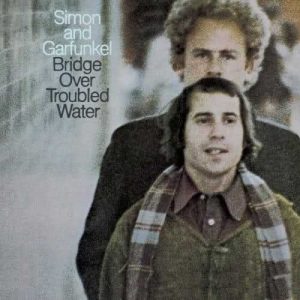 The other night Martha and I were having dinner and our conversation meandered like a stream until we found ourselves in deep waters. I love when the Spirit does this—a simple conversation suddenly plunges into the vast expanse of the Spirit’s presence. And oddly enough, our topics led to Simon and Garfunkel and their song, “Bridge Over Troubled Waters.”

Two Jewish boys from Queens found themselves trapped in the quandary—Jesus is inescapable. And blindness doesn’t refute the fact of His inescapability. These two may not have known that they sang about Him, but how could they help it? He is in their DNA. Simon and Garfunkel are both captured to their own human DNA, which was created for, from, and by Jesus. Their DNA is written with their Messiah engrafted into them, and all their equations end with Him as Source. Jesus is the “bridge over troubled waters, I will lay me down.”

The hope is that the Light of His inescapable presence overshadows our blindness. Even through our bitterness and struggles, He is the reality, one that comes erupting to the surface. Our individual life-songs remain intrinsically tied to the fact that Jesus is inescapable. And even in our free-will choice to be apart from Him, He is nonetheless inescapable.

Jesus is Inescapable: My Path 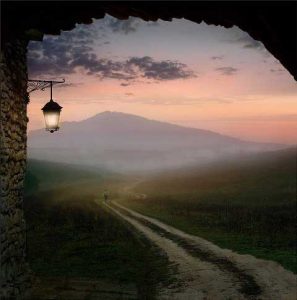 No, there’s no unification of paths—all roads don’t equate Jesus. But all paths can lead to Him. Not as some may preach, but because He created me for Himself, from Himself, and by Himself, He is inescapable by me.

I can tell you He has always been in my face. When I made my bed in hell, there He was, and when I rose to the heavens, He was there also. Jesus is inescapable! It would be easier to remove all my bones than to escape Him. Though He will allow me to choose hell if I desire, what I can’t do is escape Him. Jesus is inescapable! This is His universe, His world and I am His creation. Everything I do and say is about Him—directly or indirectly. It’s either acknowledgement of Him or resistance to Him…but it is all about Him.

Simon and Garfunkel became a simple object lesson to us. Because even if we don’t call ourselves Christians, we will find out that all of our stories have the inescapable Christ present and knocking. Jesus IS and He remains in our lives inescapably.

[…] Jesus is Inescapable: Bridge Over Troubled Waters Courtesy of Get Along With God […]

“Everything I do and say is about Him—directly or indirectly. It’s either acknowledgement of Him or resistance to Him…but it is all about Him.” This is so frightfully honest, John!
There is a post on the youtube link you uploaded that says: “YESHUA is that BRIDGE over TROUBLED WATERS.” And one other: “I feel this is JESUS singing for me….Nobody can sing this for me except HIM alone.”
Listened to this many times, never really heard it like now – Bless you, John!
Love

Such an incredible week of sharing you all have given.. Thank you thank you all. This took me back to my 7th grade bedroom and as a confused and anxious and frightened little girl listened to this album over and over and never heard Jesus callings. Oh He was there. He was so there! And here and now. Bless you for this and an incredible week of heart rending blogs. Bless you and thank you.