I was 27 or so. I had the most wonderful life – no problems, only blessings. I had three beautiful children, I was married to my prince…but a despair set in. How could I, of all people, be (what I called) dissatisfied? I had it all and it was not enough.

I began to see myself in a strange light of exposure. The heart of me. The soul of me. And I was, in myself, without any redeeming quality. Even my despair I felt was utter ingratitude and despicable. But I couldn’t stop feeling the need of that “something more.” I was raw, I was devastated, and I couldn’t think of a single person in my life to whom I could turn for an answer. 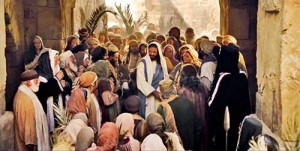 I began to consider that the solution might be Jesus. Either He was who He claimed to be (and there was hope) or He was an utter fraud (you just survive until you die). I had experienced God as a teenager, but that memory didn’t suffice for this day.

I needed the ONE answer: WHO is Jesus? 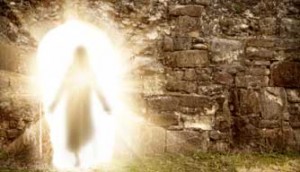 No preacher had a more rapt listener than me in those days. In the Episcopal Church, where we were ‘good’ members, I waited on the edge of the pew to hear about Jesus, but I heard only about oughts and deeds. Not the Person. I searched for the light of God on some face. I looked and watched, but I saw no light.

And I began to cry and cry and cry. I didn’t know the word ‘repentance’ nor did I know that this sorrow was actually God, moving and shining! I began to read the gospels – Matthew, Mark, Luke and John – over and over. I read for hours and then began again. As I worked, as I walked, I read about Jesus and I began to know Him. He was the most exquisitely beautiful being. He was stunning in His words and ways. He was dazzling.

Somehow He became real.
More real than real.
Alive. More alive than life.
More present with me than any person had ever been or could be.
And I loved Him with the deepest love I had ever felt… 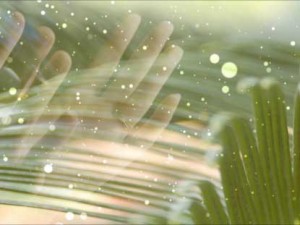 I didn’t know how to express my discovery because no one had spoken to me about Jesus. I tried and it seemed no one wanted to hear it. And they didn’t seem to approve of my enthusiasm, rather some would pat me on the head as though I was imagining. I considered that maybe you aren’t supposed to tell.

But I realized that the Episcopal Church was dead. No one knew the Jesus I knew, not even the priest. And I couldn’t bear it. So I began to pray, “Oh God, open the windows of heaven and pour out the blessing you have poured on me.” My spiritual understanding was so limited that this was all I knew to pray, but I prayed it like a child, asking with excited anticipation.

Easter came, and a tiny French woman stood to sing “The Holy City.” She sang with a beautiful French accent and a clear soprano voice, in a reverent classical style.

Last night I lay a-sleeping
There came a dream so fair,
I stood in old Jerusalem
Beside the temple there.
I heard the children singing,
And ever as they sang,
Me thought the voice of angels
From heaven in answer rang.

Jerusalem! Jerusalem!
Lift up your gates and sing,
Hosanna in the highest!
Hosanna to your King!

And then me thought my dream was changed,
The streets no longer rang,
Hushed were the glad Hosannas
The little children sang.
The sun grew dark with mystery,
The morn was cold and chill,
As the shadow of a cross arose
Upon a lonely hill.

Jerusalem! Jerusalem!
Hark! How the angels sing,
Hosanna in the highest!
Hosanna to your King!

And once again the scene was changed;
New earth there seemed to be;
I saw the Holy City
Beside the tideless sea;
The light of God was on its streets,
The gates were open wide,
And all who would might enter,
And no one was denied.
No need of moon or stars by night,
Or sun to shine by day;
It was the new Jerusalem
That would not pass away.

Jerusalem! Jerusalem!
Sing for the night is o’er!
Hosanna in the highest!
Hosanna for evermore! 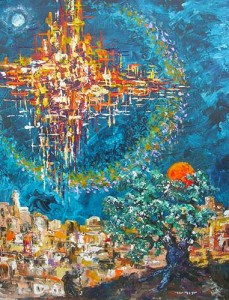 I didn’t understand the meaning of the amazing words: the entire story from the Cross through Eternity. I just saw Jesus and His Cross. My heart wrenched and I began to cry for Him. Suddenly God came into my whole being with such indescribable power that I could have shouted. I knew nothing about the Holy Spirit, but I did know it was clearly the presence of God invading me and taking me over. And I was changed…

Later, when the heavens opened over that church, I would come to understand both the words and the experience. I had been baptized in the Holy Spirit.

There was such prophetic meaning for my life in that song. God would grace me with an intense love for Jerusalem and take me there many times as a tour leader, something I would never have dreamed. That rugged City is the center of the world, the pivot of all human history, and the scene of Jesus’ tears of pleading love (Matthew 23:37).

God would later tie me to that City and call me to watch for Jesus’ earthly return. I sat on a rooftop and gazed in wonder at the mount where His feet will touch down…someday soon! (Acts 1:11) 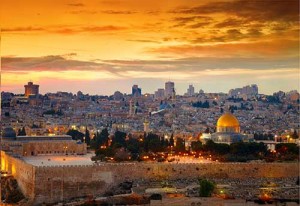 From 1988 the Father would also give me an ongoing, many-faceted message about the return of Jesus to His Eternal Reign. And I gave my life to the preparation of His bride for Christ’s return.

And I saw the holy city, the new Jerusalem,
coming down from God out of heaven
like a bride beautifully dressed for her husband.
Revelation 21:2 AMP

This Easter, as I listened to ‘my song,’ I wanted you all to hear it and I am praying – again like a child – that God will bring His presence to you in a mighty way through these amazing picture-words of

His crucifixion, His resurrection and His eternal glory,
where ‘Hosanna in the Highest!’ will resound for…ever.
And we will sing it together, Hosanna for evermore!

*Here’s a wonderful version of “The Holy City.”

*** We are considering leading a trip to Israel in September 2016: Are you interested, in going with us? If so, will you please let us know? This is still JUST a prayerful consideration but we have the earnest desire. Will you join us in this prayer? ***

Ahhhhh I would count it all joy to go. Will pray for you all and Iif God says “yes” then yes. Bless you for this lovely post

YES, YES, YES, YES! Alexandre and I both had the same reaction. Jump into the water!!! We would love to goto Jerusalem with Shulamite again! And, bring the next generation!! He is Risen Indeed!
Love to you all,
Ed

See Ed’s comment. 🙂
Thank you for the Pierre version of the song! Beautiful
Happy Easter! He is risen, indeed!

I hear His song for you, Martha, and the voice of Jesus resounds with zeal all over it…

A song of Love and Zeal unmatched.

What a wonderful testimony and a glorious ending with Jerusalem! !Thank you – further set the tone OF LIFE IN HIMSELF forevermore!

Will trip to Israel be to pray more than sightsee?
Longing for His return

Every tour we have lead to Israel is more like a Shulamite Conference with the backdrop of Israel. There is teaching and fellowship through the Holy Land. We follow the Spirit’s desires and leading as we journey through the Land. One year, for instance, we had moments of deep prayer, intercession and worship on the Sea of Galilee. The journey will be following the Shepherd where ever HE wishes to go. Yes, there is a schedule because we are not traveling in a car and accommodations are made ahead of time but we are not in a breakneck pace to… Read more »