Some people talk about the music while others are played as an instrument. I have met many people who discuss the beauty of Christ. They speak about the beauty of His music and their enjoyment of His sound. But what they are missing is being played as His instrument. Yes, being played as His instrument to make music. He doesn’t just desire us to talk about His Life; He yearns for us to experience Him as He blows His Life through us.

The Secret to Life – Being His Instrument 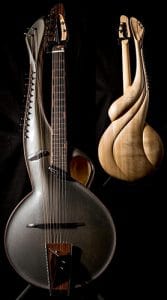 Be an Instrument and Struggle Not 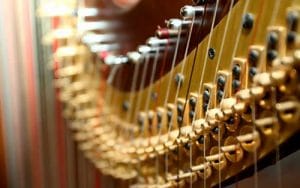 Hallelujah, my endless struggle to be godly is over in His fulfillment! I am but an instrument for Him to play His life through, and while being played, I learn who He is. He didn’t just give me a theoretical example of His Life – He is my life. Up close and personal I get to see how He would respond in my life situations. This is so beyond just hearing how it would work; it’s seeing how it does work.

The Boy Who Just Talked About It

This reminds me of a story I heard about a little boy who visited the mountains. A day had been planned where all the children would go tubing and then have lunch. Everyone got loaded up and proceeded to the river. When they arrived, all that could be seen and heard was squeals of joy and arms flailing. This was going to be so much fun. All but one child got into the river and began to float and splash. This little boy chose to stay on the riverbank and walk along the side. He watched, he giggled, and seemingly enjoyed his time. Later at lunch, as the event was discussed, this little boy described the event as if he had participated as well. You would’ve thought he was leading them all down the river. In his mind, he was in the river though he never even got wet.

This is how many Christians live today. They talk about the Life of Christ while failing to ever get in the river. This is tragic because everything has been provided for our adventure. We are to experience the Gospel as He lives it through us.

Now unto Him that is able to do exceeding abundantly above all that we ask or think, according to the power that worketh in us, Unto Him [be] glory in the church by Christ Jesus throughout all ages, world without end. Amen.
Ephesians 3:20-21 ASB

The reality and depth of this is just beginning to enter into my spirit and understanding! What relief! What hope for despair!

I am so pleased you were ministered to by it Tina. Perfect hope and relief for sure. It was such a joy to see you at the conference and I praise God for you!

This is a most probing and challenging word. Many today live their lives in front of a flat screen TV, vicariously experiencing life without actually touching other lives. This is a most insidious and subtle deception. There is the sin of doing FROM ourselves for Him, but there is also the sin of seeing Him do, and yet not acting on it. Jesus said, “I DO as I see My Father DO.” I must be led by His Love to speak, and to DO… to REALLY walk with Him.

That is powerful Bruce! Thank you for commenting. So glad you could come to the conference, I personally just got home tonight PHEW but it was so amazing! Bless you brother! And thank you for your encouragement.