I ever have to learn how to petition God. By default I revert to coming to Him pleading with “pleases,” which is more akin to groveling than supplication. And when I’m in that state, I’m not in faith; I am in self-pity. The tone is more accusative even if it’s not fully stated. 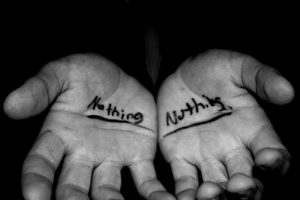 The truth is that I am completely poor. Poverty is my actual state. I have nothing that God Himself doesn’t give me. But there’s a big difference between knowing my utter dependence on God (and prayerfully requiring His supply as my vital necessity) and pitifully coming to Him as if He neglectfully withholds from me and is not good and generous. In reality, some of my pleading prayers feel more like a heavenly arm-twisting rather than relationship. This is never supposed to be the intention of our prayer life.

My internal heart position should be requiring from God in faith, because He does answer. He has all the supply and is my living source. But I have to confess: this isn’t my naturally defaulted state. By nature I can be a bit insulting to Him. I can address Him as if He were miserly and withholding rather than generous and joyful to supply me. Again, He is my only Source, and He supplies with zeal and excitement. He desires me to come to Him in faith of His supply. With this fact in mind, why would I go to Him as if He were tightfisted? It’s just sin!

Okay, here’s a scenario in a prayer life. Say you were given the responsibility and the authority to perform a task, but the completion of the task required the participation of other reluctant people. Or what if it isn’t even others. What if it’s frustrating inanimate objects that just won’t cooperate? In these cases, I’m going to God and pleading with Him to make it happen. I sound like this, “Please God, I’m begging You!” My temptation in this can even be to get angry. And here, I believe, is the rub: We don’t like to feel powerless. Powerlessness makes us feel vulnerable, which makes us afraid. We humans, as a bunch, usually resist this at all costs. But I find myself in this situation very often. So what am I to do? Jesus didn’t take up power to control people or matter, nor did He get angry with God and try to control even Him. That said, what does His prayer life look like in me? 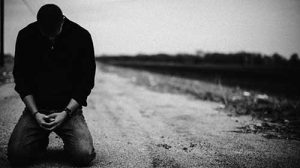 To research this, I went to Jesus’ interactions with those who were petitioning Him and where He commended them. Amazingly, each of them were Gentiles. They each had need and each required His answer as their vital necessity ­– and He answered. In faith they went, not in anger or frustration but insistence for Him to be their answer. Their insistence was shameless; He had their answer and they required it of Him. It wasn’t an angry demand, or groveling display of self-pity. It was a knowing He had the answer and was able to give it.

If our God requires something of us, He also has the provision for its fulfillment. He is not unfair nor does He desire to randomly frustrate us. But our faith is the only thing that pleases Him. And the faith that requires with insistence is met with His answer. He longs to be every answer and every fulfillment. We connect with Him, as our answer, with faith-filled persistent insistence.

When Jesus was on earth He had ALL the power yet used none. He relied solely on the power of the Father. This is opposed to me, who has no power and tries to exert it. Jesus lived His earthly life powerless to show me just how to live.

Again, I connect to Him and His answer by faith. It isn’t my will that moves Him, nor is it even my persistent prayer. It is my insistent faith that yields to Him as God and knows Him as Answer.

To know Him as Answer!!❤

I’m almost sure you’ve said that somewhere before! It is SO beautiful! So poetic!!

Your love for Him is beautiful to behold!

I have been doing the final edits getting The Sovereign Touch ready for print, sooooo close now! I use that phrase several times in the book. I am so pleased I know Him as my Answer. And thank you for celebrating that reality and knowing it too. Love you Sandy! Thank you for you!

But asking with that insistent humility that comes from knowing God’s heart and ways through relationship…BAM!

May our hearts be tuned and adjusted, so that our prayers are answered, and His joy in us fulfilled.

BAM indeed! You got it clear! Bless you Pamela, I join you in your prayer. Thank you so much for commenting and sharing your heart in this.

You know, John, I’m getting to see and experience that knowing God as Father is the greatest motivator for change of heart and attitude, as you have detailed — even transformation. Have been getting re-acquainted with Him for the last few months – John 14-17 over and over. I haven’t counted but so many times Jesus speaks of “the Father,” “My Father,” “Father” in just these few chapters. How amazing that, even at our lowest point of failure, He is not ashamed to be our God, as this ‘prodigal’ Father runs to us when His Spirit moves us to “come… Read more »

Dear John, your words, “If our God requires something of us, He also has the provision for its fulfillment”, reeeeally jumped out at me today…
But even the rest of that paragraph was exactly what I had forgotten regarding a very difficult situation I find myself in…I find myself “powerless”… Demanding an answer, not wanting the “Answer”.