The Lord reigns! He is robed in majesty; The Lord is robed, enveloped in strength. The world is firmly established; it cannot be shaken.
Psalms 93:1 HCSB

As we were proclaiming this scripture at one of our meetings, I looked intently at this phrase: “The world is firmly established; it cannot be shaken.” I thought it strange and asked the Lord what He meant by what He said. I mean, I know that anything built and based on the world’s standards is but shifting sand. Obviously this is not what He meant. But when I heard the actual meaning, it gave me tremendous hope – God is in control.

First, God reigns on His throne, now! It’s not in the future but currently – now. Even though situations and circumstance tempt me to believe otherwise, the actuality is that Our Lord is Reigning!

God is in Control – Borders 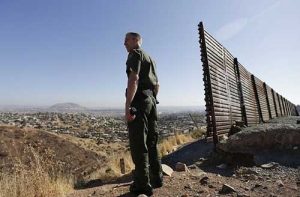 His reign establishes all things, and all things means everything. Everything in this world has borders. The sea, the land, countries and nations, even the time of rule for any ruler – everything has limits. All things have borders that the Lord Himself establishes. My examples were of big things, but even things as minuscule as a leaf or a drop of rain have an edge that limits the space they’re allowed to cover, and not a bit more. Wow, even my own body is contained in the walls of His limits. Nothing is allowed to run haphazard in the Lord’s creation; everything in every way has borders.

As I left the meeting and was driving to the office, all I saw were the edges of everything. Lines set by the Creator who rules. This brings me such enormous peace. Even if I don’t like the bounds, limits, and restrictions of any given thing, they still exist. He still is over ALL. Nothing extends beyond His reach nor exceeds His limitation. Now this sets in place a whole new array of issues. “God, if You could’ve limited that, then why didn’t You?” But that is a wrestling with His very sovereignty, and I’m about to launch into that in my upcoming book The Sovereign Touch. But for this post right now, I’m proclaiming the securing yet frightening fact that nothing moves beyond its limited, given space. Nothing!

God is in Control – A World in His Hands 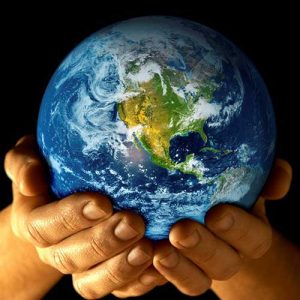 So does this gives me comfort and peace? How can I be at peace within the hands of the Creator who limits things according to His Will and not necessarily for my present wellbeing? This is precisely why I can. Sure, I’ve had that thought many times, but it’s more a reflection of my heart than the heart of my Heavenly Father. As I stated in my post Witness of Perfection, we are often more myopic than clearly sighted.

As I was writing this post, Martha brought me the ending.  She made this statement:

“If we really knew the Father’s sufficiency, His commitment and His presence, then we would be content no matter what the situation. And not only content, but in ecstasy.”

Wow, God is in Control!

This coupled with a quote from one of her devotions on the word “Let”:

“There was never a problem outside of God’s will and Jesus’ dominion.”
(#33 God’s Perfect Order, Let)

I think the whole point of this post is that though I might not be able to manhandle God nor force His limitations, He’s still my Abba. He is in control and even if I don’t like it, I’m still safe in His safety. I can live at peace in a world that is contained by His parameters rather than whirling about in seemingly chaotic happenstance and false witness. And if I will surrender to this, as Martha said, I will not only find contentment but also can live in ecstasy.

“Being entitled is putting blinders on your eyes and refusing to see. Entitlement is about “what I deserve!” rather than openness to receiving God’s choice.” Read this in your former post! So confirming some things the Lord has been leading me out of! His choice for me, not my choosing! Yet it does become my choice in Christ! Amazing Love that He has! Beautiful goal to have, waiting on Him for the ecstasy of choosing His will,as Martha says! Blessings

Thank you Nancy. So pleased you went and read the linked post. I try to link posts that expand the thoughts and more often than not, they are just gems, especially when connected to the current post. So glad it touched you.

I am standing with you for that ecstasy of choosing His perfect Will.
Love you!

Bless you John (and Martha), God’s plan is bringing about some pretty profound changes in our lives…none of which we initiated. I’ve struggled with how to share these changes with co-workers, friends and loved ones. Even though “I” don’t have to understand all or even any of His reasons and purpose behind what He does, sometimes it’s difficult to articulate that to others. I trust His plans are perfect and marvel at the way He moves things into place if I just wait. This message not only gives me reassurance, but an opening way to share with others what God… Read more »

That is silly awesome Tammy! Thanking God for that reassurance and opening!
Blessing and loving you!

All the world testifies to who God really is. All he ask is for us to believe and be obedient. Good word John

Reading this just now gave me such a sense of peace and safety. I also was reminded of Ps 16:6 The lines have fallen for me in pleasant places; indeed, I have a beautiful inheritance.How comforting He is over all!!

Time and space are our present boundaries, clearly outlined and limited.

HE is The Mystery to behold! The Secret that becomes our very own to charish!!