“Let not your heart be troubled; you believe in God, believe also in Me.”
John 14:1 NKJV

To believe in Jesus is the work He asks me to do; He takes care of the rest, including the impudent faith I need when I’m asking God for something. My post on impudent faith was just the beginning of what He’s showing me. I didn’t just believe that Jesus could solve my problem; I confidently believed. And that confident belief was born of two things: obedience and authority.

Obedience Helps Us to Believe 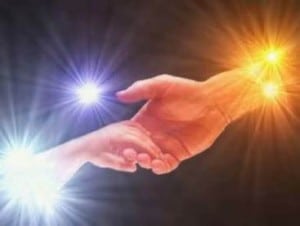 I knew that I was in God’s will when I was burning those CDs. I was where He wanted me to be, doing what He’d asked me to do. I was absolutely sure that I was obeying Him in that task. There was no room for doubt in my mind. There was no fertile ground for unbelief to bloom. I could believe confidently precisely because I was being obedient.

If I am assigned a task by God, then He has every intention of performing that task. That means that there will be grace and power in abundance to overcome any obstacle to His will being carried out. I know that in the case of the glitchy CD, the obstacle was intended to call out my belief and fire up His own impudent faith in the Father’s goodness and might. Jesus wanted me to experience His heart in that situation. He wanted me to know Him in that moment. And I did!

If you’ve been reading Martha’s current devotional series, The Power of Obedience, you’ve been made keenly aware that obedience is deeper and richer than we really comprehend. Last week I was given the gift of seeing that one of the great rewards of obedience is an unassailable belief when calling on the Lord. The enemy had no foothold to impede my choice to believe because I knew that what I was doing was obedience to God.

UNDER AUTHORITY? ABLE TO BELIEVE! 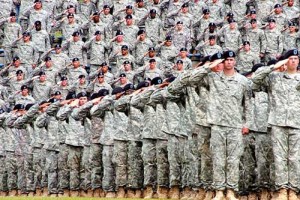 Authority also played a large role in my confident belief. I knew, without question, that I was under authority in carrying out my responsibility. John had given me the responsibility and care of the Shulamite Ministries office. I was in the position he’d assigned me, doing what he’d asked me to do. I wasn’t out of line in any way. Not only was I righteous in my obedience, I was righteous in my position. Knowing that I was under authority fortified my will against any accusation or doubt that might arise.

Authority is a sticky-wicket of an issue, but this protection is one of the great rewards that too few people ever talk about. You can confidently approach the throne of grace all day long but if you’re in a position of rebellion, you’re out of line and out of luck. I could believe that Jesus would solve my problem because it was, in every way, His to solve. Being obedient and under authority gave me confidence to believe that my Shepherd would take care of His sheep. And in impudent faith, I told Him that I was waiting for Him to handle it. And He did.

Jesus said, “Let not your heart be troubled; you believe in God, believe also in Me.” I did so, without obstacle, because I was in His will and under the authority He’d delegated.

Praise God, He is so good and wise and our hearts overflow!

It is true, Jennifer. All our fears and unbelief are solved in the Authority of Christ through obedience. Authority as balm to the heart is not well known. There was one who knew it. David did well know it…

“Your rod and your staff protect and comfort me”.

Reading you today and watching you so comforted (helped out) by the Authority of Christ, I thought that’s a privilege to see and even more to experience.