There is a calling on my life that has become one of my biggest blessings, yet at times, it’s been the stuff of nightmares. I wish I could say that I’ve never struggled to receive this calling, but like all of God’s eternal plans, the process of surrender and the work to embrace it takes time. I share this with you in hopes that you will see yourself in these words. We have all been called to live for an audience of One. And notably, it is the mark of my life and something I can’t escape. Though I have tried, it doesn’t leave me.

I was present when a dear friend of mine, Yvonne Peters, delivered a message called the Audience of One.  At the time, it skewered me because someone put into words, with a visual picture, a message I had resisted most of my life.

Yvonne is a professional dancer and choreographer.  For years she directed the pageantry and worship at the Feast of the Tabernacles in Jerusalem, Israel. I have to say, I have never seen her dance when I’ve not been drawn into that worship myself. She expresses the heart of deep worship with the movements of her body. It’s beautiful to see. 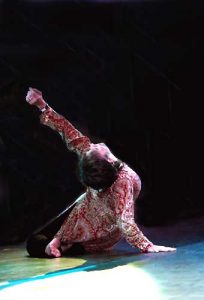 Yvonne related a dream she had. She was in an empty theater where she was practicing a dance before going into a worship event. After some time, she noticed a man towards the back of the theater sitting all alone. She entreated him to come to an adjacent area where there were tons of worshippers worshipping. At this point, the man revealed Himself as the Lord. He asked her one of those simply piercing questions which the Lord loves to pose:

“Would you be willing to dance just for Me?”

I have had many similar questions from the Lord. I know that they’re not uncommon to His children. But His recurring question of me is, “Will you live for My pleasure alone? Will you do it just for Me?” I am aware of some of the blessings in this calling. I can also see the benefit of accepting this call, but it is not without sacrifice.

For His Pleasure Alone 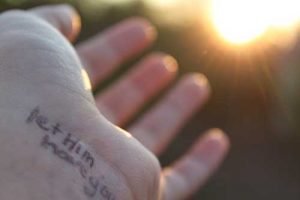 To paint a picture of my particular circumstances, here’s a brief history. As a child I reluctantly lived a solitary life. I was an only child and a bit awkward. I had few friends and spent much of my time by myself. After I became a Christian in my early 20s, the Lord asked me if I would remain single for Him. Though my preference was always to have a wife and children, I said yes. I share these things with you to show that I was marked from the beginning—my life was set for an audience of One.

God laid a foundation of circumstances to bridle me into a calling: “Will you do it for Me alone?” Of course in living this, I’ve had the ache of loneliness and the pain of neglect. But in actuality, the only reason it was a fearful place is because of my unbelief in Him—His choosing of me, His pleasure in me, and His presence round about me. 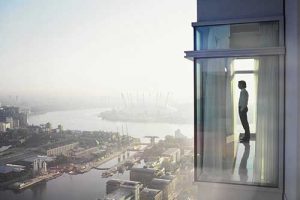 Though I have at times resisted my solitary life, God chose me to live for an audience of One. All my resistance to that has made me susceptible to attack. And amazingly, those assaults and due chastening were the repercussions of leaving my audience of One. Yet each blow has been the Lord helping me to fulfill my call. The reason I am even on this today is because His whispering voice just stirred the pot: “Would you do it just for Me even if you see no other fruit?”

I made the ultimate choice of YES long ago, but today I’m being asked to reaffirm my commitment. Each of us in varying degrees knows this call. The Lord is a jealous God and He asks each of us, “Will you do it for Me alone?” While everything in our world calls for us to socialize, present, and perform for the eyes of the masses, God remains in the back of the theater as our audience of One.

You know, Rocky Balboa of the famed Rocky movies had to have a passion-charged theme to root him on. I have a similar one on this day.  It is not a Christian band but it does link my desire with a melody.  This song was introduced to me called ‘All I Need’ by AWOLNATION. I hope you enjoy it.

Yes! All I need is You smiling at me….

Agree with the many comments- -and blessed by the music- ty

I have repented more times than I can count…
” Forgive me Lord that I don’t believe that you alone are enough for me.” Thank you John for your transparency for it helps me stand in His light of revealing my own nakedness ( in being taken up and clothed with so many other things) and allow Him to sanctify me and clothe me anew in His Truth and the singleness of His divine pleasure and right to me as being His alone!

Oh goodness! This touched a tender spot. YES Lord…. My answer is yes!

Oh, how He must love you.
He keeps you for Himself then without your knowing He feeds His Body… with His fruit… produced in the life of one John Enslow. Dance on.

You may not see the fruit John – but I see the bowl is full to overflowing.