On Monday I wrote about worshiping the true God rather than having idolatry of Him. In essence, I described how serving a god who is your idea of God rather than actually God is idolatry. This is a frightening reality because it is far too easy to do. If we aren’t seeking the Father for Himself, we’ll affix almost anything on His image to manipulate Him to be what we want. We’re broken, and our problem since the Garden is we think we know. In actuality, everything we know must come from God. This is why we must remain inquiring rather than assuming in our relationship with Him.

My Idea of God 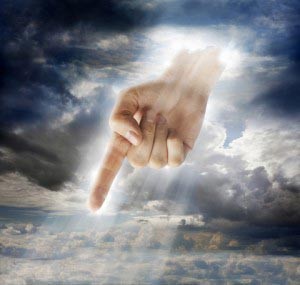 Why would we do this? What motivates our preferring a veneer of God to God Himself? Control! We fear a God who is unpredictable and some of us prefer a delusion to losing our control. I don’t say this as if I were someone who has never done this. I too have tried to force clothes on God to make Him be whom I thought I needed. Funny, it’s like a child trying to put baby clothes on a cat so they can have a living baby doll. This usually doesn’t work out too well, often resulting in a clawed face. My experience of doing this to God has been devastating and usually has humiliating consequences. God won’t fit into my baby god clothes.

We have a God who fashioned us into His image from the dirt, not vice versa. We’re called to yield to Him as sovereign God, The Author of our reality. With our imperfect vision and limited understanding, we can fail to grasp the scope of what He is doing. Again, this is why I must remain inquiring rather than assuming – or projecting.

While writing this post, I remembered something Martha wrote in her booklet, The Great Lie.

“You are living out,
and living by,
and expressing,
and manifesting,
and creating…
your concept of God.

My Idea of God is ME 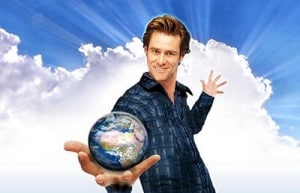 These words have rocked me so many times! I’ve personally had unworthy thoughts of God, believing Him to be something He is not. And the point of these last two posts is to emphasize my need to worship God rather than idolize the Him I think is, could be, or should be.

The reason this is so paramount is because, as Martha said, my life will be an expression of my idea of God. Imagine, I am the walking billboard of who I think God is. This being said, it gives me all the motivation I need to make sure that it’s truly God I’m worshiping rather than a simple idea of Him. 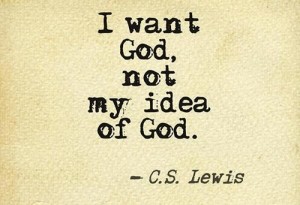 ~ While looking for the images for this post i found this quote by C.S. Lewis.

John,
I have appreciated those two posts very much! Thank you for writing them.
This is so paramount indeed. As you point out from the start, our problem from the garden is that we think we know, when the reality is we have no clue. The more we walk with the Lord, the more we realize that we don’t know anything, and remainig inquiring of the Lord is a must, if we want to live in the truth and not live in the lie. Thank you again!

That inquiring rather than assuming is an all encompassing place of surrender if we are to walk with Him and in love. He is teaching me all the various ways that my assumptions, perspectives, lens in which I view everything has to be surrendered…because I don’t know. It is a great humbling and yet freely place of rest because I can “cast all of my cares” and fears, effort, and control and “trust the Lord with all of my heart and lean not to my own understanding” and yet still believe for His victory to overcome all…He is Lord over… Read more »

Yes John. Yes yes yes. Those words of Martha and the whole of it is so poignant. Right now comes to mind “Shepherd”. The real God is a hidden Being —a thrill— that makes Himself available in the quality of a Shepherd. He has also appeared in many different disguises and He is revealed in a thousand different ways. But I believe the one that really defines Him and His heart is what David lived out. He wants to SHEPHERD and be followed as Shepherd. That’s His office… and ours is “sheep”. A sheep doesn’t initiate anything. A sheep depends… Read more »

With “disguise” I mean “hidden ways”. Probably it is not a fit word to talk of Him at all…