In the midst of all the wrangle and mania and tragedy on the news, a few days ago there appeared a story that pierced through my frustration and angst. It brought me to tears and my knees and directed my focus back to the Kingdom and God’s rule. 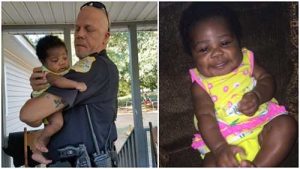 You may have already heard this story, but I believe it is well worth the recap. As I was watching Fox News a couple of days ago, the commentator asked, “Would you like to hear some good news? I responded with a big shout (at the TV – ha!), “Yes, oh PLEASE!” Martha MacCallum was reporting on an amazing incident that took place in a small town in Georgia. It was a live interview with Police Officer Kenneth Knox, who responded to a call on September 28. What happened next was incredible. 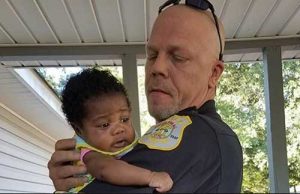 A two-month-old baby girl named Ma’Yavi was choking to death. Her parents had tried everything, including CPR, to no avail. When Officer Knox arrived, Ma’Yavi was turning blue and was not breathing. He laid her on the couch and said at that point he had no idea what to do. Then he heard, “Suck it out.” And that is exactly what he did! As soon as the blockage came loose, little baby Ma’Yavi opened her eyes and smiled at him. She then began to cry, and Officer Knox said, “It was music to my ears!”

As it turns out, Officer Knox is a born-again Christian. He declared afterwards, “THE LORD GOD ALMIGHTY touched me, and I knew what to do.” He heard!

A week later, little Ma’Yavi’s parents asked Officer Knox to be her godfather. He humbly accepted and said, “She will be forever a part of my life…”

Bringing the Kingdom to Earth 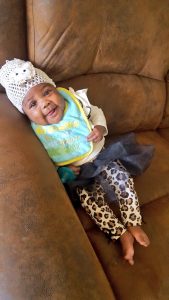 The details were much more vivid and passionate in the live interview on Fox than what was written in other news reports that I read. I wept as Officer Knox told the story of God’s intervention. I wept in gratitude and wonder once again over Who Our God is. This true story stands as a mighty Testimony of how intricately involved He is with us. He sees and guides and responds with life to His children and is passionate to bring the Kingdom to earth through His own. Officer Knox was a vessel for the very Life and healing of that precious baby as he brought the Kingdom to earth.

I shared the story with Jennifer and Martha, and we all cried. The next day John came into the office with a post he had just written, “Love of the World: the Presidential Election.” As Jennifer read it aloud to all of us, I was pierced and indicted by my own enmeshment in the world and this election. Absolutely, without doubt, I am called to pray for our leaders and this election. But how easy it is to be distracted from God’s Kingdom and purpose and brought ‘down to earth…and hell’ by all the twisted half truths, outright lies and lust for power at any cost. The human condition without Christ and His Kingdom!

Gazing at the Lord 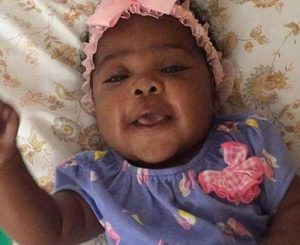 This story about Officer Knox and little Ma’Yavi captured my focus back to Him and to His absolute sovereignty and rule. It is good news, Martha MacCallum! As Jennifer was reading John’s post, I realized once again how passionate the Lord is for our hearts and our eyes to remain fixed on Him, on Who He is, and on His Kingdom. JESUS CHRIST IS LORD over this world and its distractions and chaos!

Psalm 16:8 AMP
I have set the Lord continually before me; Because He is at my right hand, I will not be shaken.

FAITHFUL IS HE WHO has called you, WHO will also do it!
1 Thessalonians 5:24 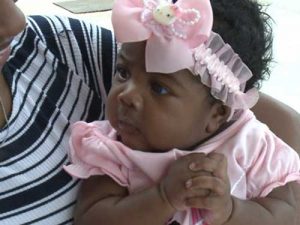 What a precious little princess come from God. Thank you Carole for sharing this story. Praise You Lord for big and small blessings. Made me cry too Love to all the Shulamites

Oh Carole, I saw the story on Face Book, not live on TV, but I love your re-telling and bringing more focus on
the officer ‘hearing’ from the LORD, what needed to be done to save this precious little girl.
Bless you and John for bringing the word to focus on our LORD and HIS Kingdom, not on this world!!!!
Always fresh and new are all of you Shulamites posts!!!!