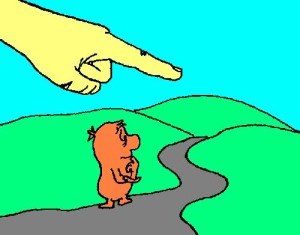 Not relegating ourselves to the Will of God will leave us paupers. That’s a straightforward sentence, huh?! I’m just seeing that so many of us find ourselves grasping greedily for more than the Will of God. This keeps our hands busy trying to fill them while making us unable to actually receive what He wants to give. God’s Will is highly relegated to specifics. He has in His mind just what we need. But when I run about trying to gain more than He wants to give, I’m robbed of that which He wants to give. In essence, my greed prevents me from receiving.

If God confines me in some way, yet I try to go beyond that confinement, I’ll lose all rather than gain any. And weirdly, though I might possess more, I’ve diluted the significance of everything, including that which God wants me to have. Having many things can never be better than having His Will.

Greedy for All, Possessor of None 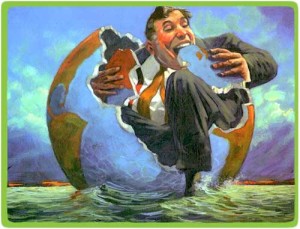 Let me give an example. Say the Lord has given me a mentor, yet I run about gathering council from every Tom, Dick and Harry. In my greed, I’ve flooded my soul with words – making none of them effective or special. My glut of council has made a dearth of actual meaning in the words God wishes to give.

Here’s another kicker. Through my greed, I more likely than not will have profaned that which I’ve acquired with my greediness. It is a filthy business going beyond the Will of God for my life. Looking to amass friends, possessions, and position outside of the Will of God is destructive – not only to me but also to those around me.

I’ve done this countless times in my life. My ingratitude has egged on my greed to get more. I may not like what I have, it may not satisfy me, so I go about getting something different. Or it might be the old lie that if one is good, twenty will be better. But God doesn’t bless my willful greed because it’s rebellion.

Every time this happened in the Bible, it was disastrous. Look at King Saul. Being king wasn’t good enough; Saul wanted to be priest, too. And his greedy grasping led to the loss of all. Then there’s Achan. Achan wasn’t satisfied with the Lord’s provision, he wanted more. Many died as a result of his greed and hidden booty. And the result was the destruction of Achan, his family and everything he owned. The Will of God is sufficient as His perfect order and provision. My resistance to His Will simply annihilates.

Choosing the Will of God 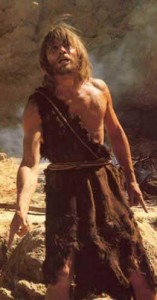 John the Baptist is always my perfect picture of being content with the Will of God. To the miniscule, he relegated his life and doings to the Will of God. Even his food and clothing were chosen for him. But John was a man increased by the confines of God. The greatest of all born of women! The limits of God’s Will made him great.

The Bible also says that the least in the Kingdom of Heaven is greater than John; so how much more of an incentive can be held in the Will of God? We born-again believers have so much motivation to relinquish our grasp and confine ourselves to His Will and His Will alone. His Will isn’t a substitute for something better; it’s the best that can be had.

Many thoughts there be in the heart of a man; but the will of the Lord shall dwell.
Proverbs 19:21 WYC

“If God confines me in some way, yet I try to go beyond that confinement, I’ll lose all rather than gain any. And weirdly, though I might possess more, I’ve diluted the significance of everything, including that which God wants me to have. Having many things can never be better than having His Will.” This resonates in my spirit so loudly.Very well said! If we would grasp this we would quit grasping for everything else we think we need!!!

Me too. Thank you.

In my case when I fought the confinement the Lord had placed me in I didn’t lose what He had in mind, I merely postponed it. Forty years! So instead of learning at 40 I got it at 80. Great. Now at 80 I for sure haven’t got another batch of waiting allotted as near as I can tell…Love you, Jack

JOHN, YOUR sharing this morning post gives such clear pictures to my spirit: I have been so guilty of “greedy grasping”;
Oh, the “filthy business of going beyond God’s Will for my life” ; the destruction in that path. ONLY the Blood of Christ can cleanse me and those in my life. ONLY GOD’s Will: YES AND AMEN. So agree with Sam. THANK YOU BLESS YOU