I’d like to blame Elvis for romanticizing fools, but I’m pretty sure he wasn’t the first to do so. Just the dreamiest. There’s never been a shortage of fools in this world (Proverbs is proof of that!), but I wonder if they’ve ever been so idolized before? Seems everywhere I look, there’s a fool on a pedestal. And these fools were given a pedestal because they rushed in where angels fear to tread.

(Quick aside: Fools come in every size, shape, and color. They are average humanity, and in their midst I once was queen. If you call yourself Christian, then you were right there with me – base, worthless, low born, useless, contemptible, common, and despised. And if, like me, you were surprised to find that out, you can join me in adding ‘lacking self-awareness’ to the list. The Lord loves saving fools, and I’m grateful! It’s important to remember all of this because it’s really easy to say, “What is wrong with THOSE people?!” But it’s more accurate to say, “There went I until the grace of God intervened.”)

Angels Fear to Tread on the Poor 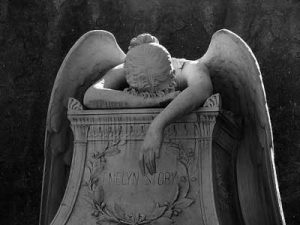 “We live in an era of fraud in America. Not just in banking, but in government, education, religion, food, even baseball. What bothers me isn’t that fraud is not nice. Or that fraud is mean. For fifteen thousand years, fraud and short-sighted thinking have never, EVER worked. Not once. Eventually you get caught, things go south. When did we forget all that? I thought we were better than this, I really did.”
Mark Baum, The Big Short

Some of the wealthiest, most successful, and most admired people that ever lived on this planet rushed in where angels fear to tread: onto the backs of poor people. These greedy fools lived on a pedestal, and many still do. When the financial house of cards came crashing down, it landed on the poor – not the idolized fools. The fools are still rushing in, and as a whole, this world still lets them. So less than a decade after swelling the ranks of the poor, another crash looms. When foolish behavior is rewarded, fools will multiply. 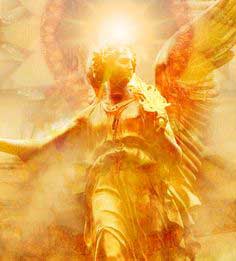 Yet Michael the archangel, when he was disputing with the Devil in a debate about Moses’ body, did not dare bring an abusive condemnation against him [Satan] but said, “The Lord rebuke you!”Jude 1:9 HCSB

God created this universe and gave it order. His principles and authority undergird all and even angels fear to tread on that order. A fool rushes in, however, and is surprised when there are consequences. From the silly (RSS Boaty McBoatface) to the deadly serious (female soldiers on the front lines) to the downright macabre (legally marrying a pillow!!!!!), the fools are hailed and regaled for attempting to subvert the Creator’s order. Civilization unravels in response and instead of repudiating the fools, they’re thrown a parade so that their invisible clothes may be admired by everyone. Clearly angels fear to tread on God’s order, but no fool ever has.

Angels Fear to Tread on the Holy 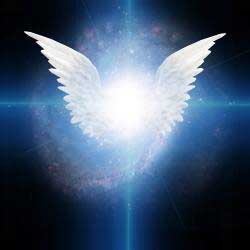 There is nothing out of bounds any more. No subject is off limits, no age is too young, no thought is too evil, and no place or person or thing is too holy. Not in this world. The fools have defiled every sacred ground and razed every consecrated separation—and the world lifted them onto their shoulders and called them courageous.

A church in Canada is helmed by an atheist pastor and my response is a tired sigh. The fools appear to be winning and that can be exhausting to witness. But appearances can be deceiving and the state of the world is one big lie. The fools cannot – DO NOT – win. We know how it ends: “That at the name of Jesus every knee should bow, of things in heaven, and things in earth, and things under the earth; And that every tongue should confess that Jesus Christ is Lord, to the glory of God the Father” (Phil. 2:10-11 KJV).

A fool’s lips walk into a fight, and his mouth invites a beating.
Proverbs 18:6 ESV

Thank you, Jennifer — amid all the fraud, moral decay and idolatry, it’s easy to forget that before Jesus showed Himself to us, we were no different; sin is sin no matter how you label it.
But thank God that He chose the “foolish things” and still does.
Tammy, I appreciate your last sentence: “Bless Him for His Holy Spirit.” In Martha’s series, “The Wind and the Spirit,” I remember her stating, so matter-of-factually, that all we need is the Holy Spirit.
What a precious Gift Jesus has left to us.

What a centering and encouraging word. Thank you for sharing.

I cannot recommend enough this message regarding the counterpart (opposite) of this foolisheness you talked here about. Some of you may remember the message, which ran deep within me:

(I don’t know if link will work out, but, PLEASE, for all of you who didn’t listen to it, do not miss that message).

Love to the Body of Christ,
Sam

Didn’t work out… so, please, copy&paste in your navigator:

(Or click on it… it seems if you paste any “http address”, links are automatically converted… hurray!)

oh this brought to mind Psalm 36:1-2 “Sin whispers to the wicked, deep within their hearts, They have no fear of God to restrain them. In their blind conceit, they cannot see how wicked they really are.” Oh this was my ‘old man ‘. Yes, HE has shown us the end: every knee shall bow to the God, the “one and only” LORD of the heavens and earth. Thank you for reminding me that LORD loves to save us ‘fools’ and give us Christ in my foolish place. Oh may we have eyes to cherish the HOLY and Awesome LORD… Read more »

“There went I until the grace of God intervened.”
And if I am not constantly connected to Him there I too could be once again. Any time I allow other than Him to be my thoughts, words, deeds, I jump right back into the pool of fools. It is my prayer and desire to not breathe a single breath without Him being in control of it.

Bless Him for His Holy Spirit…