Face to Face with My Concept of God 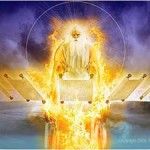 While I was looking for some pictures to be used on this blog and in the Shulamite Podcast, (view podcasts along the right side of this page) I came across a slew of images attempting to represent the Most High. Each of them was a simple perception of who God is or what He could possibly look like if He was one of us. The range went from ethereal to downright demonic. So, what does God look like? 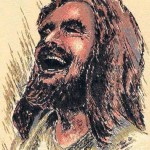 Our concept of God varies so much. As I looked through these depictions, I realized what I was seeing. I was witnessing the artist’s own mirrored reflection as an image of God. Our creativity is usually limited to our scope and view. And who we look at the most is ourselves in a mirror. We believe God to be just like ourselves. So who do we think God is? What does my God look like?

These things you have done and I kept silent; you thought I was once entirely like you. But [now] I will reprove you and put [the charge] in order before your eyes.
Psalm 50:21 AMP

Our perception of God actually reveals more of who we are than who He is. And it’s formative. Our literal destiny and personhood is created by our concept of God. 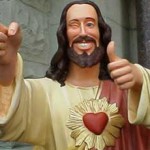 So, if He were just exactly who I think He is, who would I see if I stood before Him right now? Would God be my earthly father, a cruel taskmaster, an insipid impotent, Santa Claus, a squalling baby, an ethereal ball of light, a cool hippie, a buddy, the myriad of authority figures I’ve known in my life? Who does my God look like? Who is He in my actuality? Remember, if my life is formed by my concept of God, I better know. 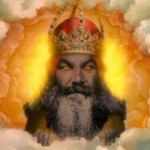 Now let’s view this in reverse. If I look deeply into the mirror, who is my God? My reflection reveals my belief of God. Who am I? Am I mean, cynical and unforgiving, complacent or indulgent, pastoral, loving, gracious and merciful? Who I am, is who I believe Him to be.

My Idea of God – What Does God Look Like

As I write this, I’m reminded of the life-changing booklet, The Great Lie by Martha Kilpatrick. In it she says these amazing words: 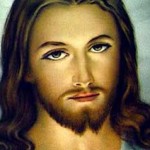 These words have pierced me every time I have read them. “My life is an expression of my idea of God!” My idea of God has certainly morphed in my 47 years. I can say at certain points He was indistinguishable from my earthly father—the two were one. Then as I walked with God in an actual relationship, I realized He was very different. As long as I responded to Him as if He was my dad, we didn’t really make a great connection. Then He became a friend as I sought Him in a seeker-friendly church. Jesus was my buddy! But this image didn’t work either. Though He is a friend, He was so different than a common buddy. Onward His image evolved and as Martha’s quote implies, so have I. As I changed, so did my concept of God…or has it been as my concept of God has changed, so have I? 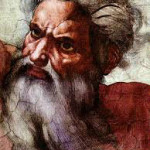 Reflecting back over these pictures of man’s concept of God, I just began to think, “Am I locking Him into an image of myself?” Do I let Him be Himself? Does He have the freedom to manifest Himself as He wishes or do I contain Him in my perception?

2 Corinthians 3:18 says: And we all, who with unveiled faces contemplate the Lord’s glory, are being transformed into His image with ever-increasing glory, which comes from the Lord, who is the Spirit.

The amazing promise is that I am being transformed into the image of Christ. I’m literally having my life become the very expression of my view of God. My vision of God is who I am to my world. I reflect and display my concept of God. And when I see Jesus as He truly is, I am transformed to be like Him and represent Him to my world.

This means as He makes Himself known to me and I see Him more clearly, naturally I myself am changed as well. It happens by seeing Him. I resemble Jesus as I come to know Him in His reality. He longs to reveal Himself as He erases my opinions, suspicions, and concepts of Him.

So all of us who have had that veil removed can see and reflect the glory of the Lord. And the Lord—who is the Spirit—makes us more and more like him as we are changed into his glorious image.
2 Corinthians 3:18 NLT

…and have put on the new self. You are being renewed in knowledge according to the image of your Creator.
Colossians 3:10 HCSB 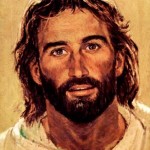 Why does god not listen to me

Hey Joe, thank you for commenting! I understand your frustration. I would ask are you hearing God? Are you hearing His voice? This would be more important than being heard by God. He knows you and your concerns, but your greatest need is to hear Him. I don’t say this indifferently, but with great compassion. Bless you Joe!

there is a god and he’s the one and only

Hmmm… thank you John. Many things to ponder. I was reflecting upon John’s vision at Patmos right now.