Why do I have to bear the consequences of another man’s sin?

How can I be held accountable for the deeds done by Adam and Eve? Is it just through my potential to sin that I am held accountable? Yes and no. When Adam and Eve fell, they fell with all of humanity inside of them. We, every one of us, as a collective, were IN our parents Adam and Eve as their seed. Their choice was our choice, because we all fell together.

Through this one act of man, our allegiance to God was traded for life under the dominion of another (the devil). From this choice forward, each of us was born into the state of sin. It was like physically moving to another country with different laws; the whole thing is legal and binding. We all went down together to live in the land of the fallen.

In the same way as a child born in Pakistan is subject sovereignly to the laws and order of Pakistan, so is it with each of us in our fallen world. We were born into the state of sin and have to face God as citizens of that sinful state. Its fairness is a moot point, as it is simply our reality.

Sure, as far as potential, I am capable of doing any of the litany of sins which man has the capacity of doing, but potential is not my only qualifier. We, the people, are one and we fell together. This is how sovereignty works. Unfair? It could be seen that way if you resist sovereignty. But it works both ways, for and against us.

Therefore, just as through one man sin entered into the world, and death through sin, and so death spread to all men, because all sinned—
Romans 5:12 NASB 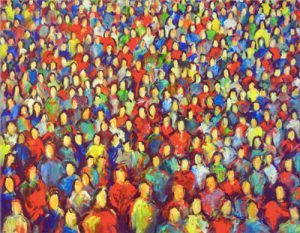 Yes, I was a part of the we collective of mankind. The consequences of Adam and Eve’s acts rest on us now. But we were redeemed in the same way. Christ died so we might live. We, all of us called to be children of God, as a collective, died with Christ and rose with Him, too. This reality doesn’t only indict, it also acquits. This is the world of God’s sovereignty.

…for until the Law sin was in the world, but sin is not imputed when there is no law. Nevertheless death reigned from Adam until Moses, even over those who had not sinned in the likeness of the offense of Adam, who is a type of Him who was to come.

Sins of the Fathers 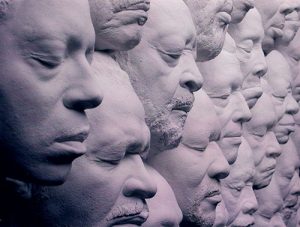 The sins of the fathers shall rest on their sons and daughters (Exodus 20:5). “You shall not worship them or serve them; for I, the LORD your God, am a jealous God, visiting the iniquity of the fathers on the children, on the third and the fourth generations of those who hate Me. How is this fair? How can I be held responsible for the mess another man made? “Hey God, why don’t You hold them accountable for their deeds and me for mine?” Because that isn’t the way our universe runs. No man is an island unto himself. We are our brother’s keeper, and our actions do reverberate with life-altering consequences onto others. We’re mankind, a collective; we all fell together but we also have the opportunity to be redeemed through the deeds of the Last Adam, Christ.

For if by the transgression of the one, death reigned through the one, much more those who receive the abundance of grace and of the gift of righteousness will reign in life through the One, Jesus Christ. So then as through one transgression there resulted condemnation to all men, even so through one act of righteousness there resulted justification of life to all men.

For as through the one man’s disobedience the many were made sinners, even so through the obedience of the One the many will be made righteous. The Law came in so that the transgression would increase; but where sin increased, grace abounded all the more, so that, as sin reigned in death, even so grace would reign through righteousness to eternal life through Jesus Christ our Lord.
Romans 5:16-21 NASB

You see, in God’s sovereign order, while we all fell together, He also establishes the redemptive stage by becoming the very solution for the sin we, as a collective, chose. And it sure is easier to accept our fall through the first Adam because of the redeeming work of the Last Adam. We weren’t left helpless but given a Holy Solution in Jesus Christ. Seems completely foolish to not receive and embrace the whole package God has laid out.

For since death came through a man, the resurrection of the dead comes also through a Man.
1 Corinthians 15:21 NIV

The Father had the redemption story laid out prior to our ever falling. Christ was the Lamb slain before the foundation of the world (Revelation 13:8). And while our sin separated us from our Heavenly Father, this same God already had performed a resolution which would make us closer than we ever were in Eden. We were born fallen with the ability to be unified in an intimacy that is closer than the Garden fellowship Adam and Eve enjoyed. The whole story of man is utterly amazing, even the fall that seemed to be a disastrous detour works to potentially bring us closer to God. Without the fall, there could be no redemption. And without that redemption, there could not be union. The story of God, the one He sovereignly ordained, is beautiful beyond words. Easy? No! Perfect? Yes!

“We are our brothers keeper”. This is only rightly understood when we’ve met & embraced the sovereignty of God in our own lives. We begin to see how we are sent into the stream of things, where God has interest & purpose. This takes an engaged heart. I can’t help but think of Joseph’s wisdom & weeping as he dealt with his brothers. We have received just such care. In Christ, we are humble participants in His “Sovereign Touch”. The sovereignty of God brings puzzle pieces askew, into their fitting places. Your last paragraph..wow! “Without the fall there could be… Read more »

Without God’s sovereignty we are sunk, huh?! I love that statement as well, it elevates the Lord in our thinking to the correct place—sovereign Lord with a sovereign plan. Blessing you!

Beautiful, John! I heard this statement recently, not sure but I think it was John MacArthur, (not verbatim): that God loved His Son so much that He gave Jesus — not so much for us (though yes), but so that He could give His Son a love gift: redeemed humanity.
Love and blessings!

That’s beautiful! Thank you Pauline! Love you right back.