The scene of the epic battle was in place – a night of cheering and rooting on the team. These modern gladiators: heroes of the day. They live life for spectators and fight many battles. Vicariously, onlookers have expressions of their hearts played out; hearts whose flames only flicker in the entertainment of a mock war — Warriors Without A Battle.

Being Warriors Without A Battle 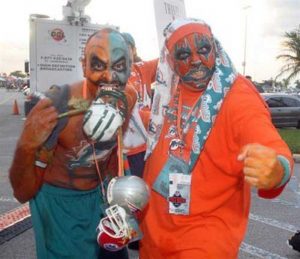 I grieved as I watched these men sporting team jerseys and adorned with war paint in the airport.  They were all returning home from their games, back to their lives. My heart sank and I asked the Lord, “What am I seeing and feeling?”

He stated clearly, “Warriors without a battle.”

These men were sick, with the signs of stagnation: a civilized nation’s pursuit of comforts, leisure and luxury. Extreme sports, violent surreal movies and endless games all played out before the eyes and minds of soldiers without a cause. The virility that strengthens a man’s bones is wasted on hollow adrenaline rushes of a mock war.

We were created to be warriors. Our hearts beat for the crusade, thrive with the conquest. In the True battle, only our eternal Commander and Chief can give the marching orders, but I wonder if He simply isn’t heard. Is our direction fixated on self-pursuit? On our pleasures? On our wills? On our own causes?

We’re dead men walking. Battles are raged to the wind, and the fight takes our breath but leaves our souls and spirits vanquished.

Just Another Arena for Warriors Without A Battle 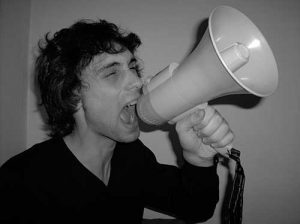 The operations of the religious also have rules of engagement. Vulgar words and dicey movie scenes featuring blood and guts are eliminated from the theater of battle thanks to an R rating. Yet a more destructive field of blood captures their attention. “We’re children of the King so this gives us obvious first position, right?”

Self-appointed “generals” clash over self-exalted opinions. Superiority, as a spear, lacerates anyone who opposes. Doctrine-sharpened dogmas are crafted into weapons of war. Nonetheless, these implements are simply wooden, fashioned from the tree of Good and Evil.

These religious fighters attack with “The Law”—traditions and standards—bludgeoning with the club of rules and regulations.  This battle is not more or less real, just a different arena, and supposedly nobler. Too long, too short, too much, too little – all opinions fused with the God-given instinct to wage war. The casualties are laid waste: a friend, co-worker or family members, they all bear the scars of misguided passion.

Yet this religious hunger for blood is more dastardly. It is RIGHT, not just a game. This warrior has exalted himself above the Most High and is supported by the one who is “LIKE a roaring lion.”

We are to be Warriors 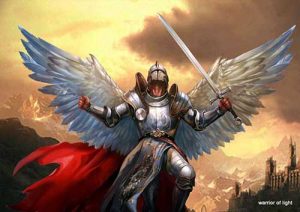 We are warriors. We will fight and campaign. The drive for the expedition will not be denied. Our choice is in which arena: the mythical war or the Kingdom conflict. Which one will gain our allegiance? Both vie for the spot.

[…] was the name of it? (John) It was called – the picture’s hysterical on it, but – “Warriors without a Battle.” And that basically, there’s the picture. Remember the picture? (Martha) Oh, yeah. […]

0
Reply
The Archer And His Arrows | Get Along With God

What grace to view what you are SEEING, John! Also blessed by the pingback.

As with Irene, at the fourth/fifth time I began to catch what the Spirit is saying. You can only enter in this one by letting Author’s pursuit vanquish your own heart. It vanquished mine.

You are right John, the difference between worldy mock wars and religious engagement in “war for God” is just an issue of gramatics.

The narrow path of God (that we must submit to daily) comes at the cost of rules and regulations being conquered by Jesus.

My rules and regulations, of course.

Lord, forgive me too.

0
Reply
Heretic Inerrant Infallible are You Sure? | Just Thinking

How in the world are we to bring our Jewish brethern to the state of jealousy as we go on with our foolish “in house” verble scuffles.

Oh my! There is so much insight crammed into these few paragraphs. I have read it four times and this is where I find myself focusing: “In the True battle, only our eternal Commander and Chief can give the marching orders, but I wonder if He simply isn’t heard. Is our direction fixated on self-pursuit? On our pleasures? On our wills? On our own causes?” Oh Lord, Your will be done in me today. Open my ears to hear Your voice and give me grace to follow.

Wow haven’t seen that one. Heard about the R rating however. Received a short synopsis if it. I like yours better. Wonder if shepherds stood against the wiles of our enemy in the pulpit the need for such a movie would be necessary. Problem is too many if the sheep haven’t been told what the enemy even looks like in the spiritual realm! Nor the unseen battles that go on around us continually!