In order to survive and thrive we have now been made utterly dependent on the Voice of God. My belief is that layers of His protection have been rolled back as a consequence of our rebellion. Just to shoot it straight, when you want your way more than God’s Will…it often is a painful proposition.

While this is not something new for the spiritual man, it has become a necessity rather than just an option. Unlike anytime in my lifetime personal hunches and impressions of people will now not cut the muster. Labels and titles, categories and appearance don’t necessarily guarantee Truth. Just because someone says they are something or makes a good appearance to convince you doesn’t mean it’s reality. We have come to the place that we must judge each man by the Spirit and according to God’s Voice.

Depending on your motivation this might seem like a terrible inconvenience. “Can’t I just take people for face value?!” Nope, less now than before. We can not entrust ourselves to any man, or even trust what they say about themselves. 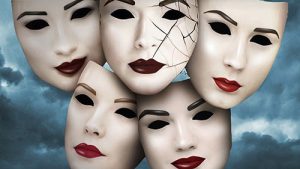 If 2020 has revealed anything to us…it’s that people lie. Not a shock for the discerning, but boy has it been completely exposed. Sharp dressed leaders with smooth tongues have unearthed mountains of corruption through their actual actions. “But WAIT, you said you would…!!” Yet within the shadows the reality of their deceit is revealed.

I know this is all a bit of a downer. So what is the bright side of this reality? We have been give an amazing opportunity to draw in just that much closer to Christ. More and more His Voice will be our necessity. We get to let Him decide who we vote for and who we fellowship with. Just because someone appears to check all the “good” boxes, doesn’t mean they actually are in fact decent and honorable.

Think about China. For years the Chinese Christians have had to live dependent on the Voice of God. If they share their faith with the wrong party, they could find themselves dead or in a work camp. This was the case for the first century church as well. Dependence on His Voice kept you in His Will whether that was being thrown into the colosseum or kept in safety. It is just now more important that we be men and women who live by the Voice and in the Will of God.

Again, it isn’t like this hasn’t always been important. But for anyone who has traveled outside of the USA, you know the safety we have been afforded under the blessing of God has given us a wide berth of grace. I am just saying those parameters could be tightening. And with this restriction and confinement, we have the opportunity to come closer to Jesus.