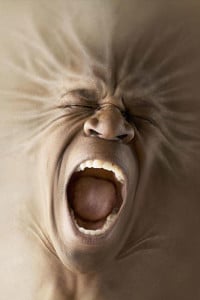 It might be an inner demand softly whispered in our thoughts, but our demands are heard loudly to every passerby.

“Give this to me NOW!”
“I have every right to demand this of you and of God.”

Entitlement is seen and heard by everyone; it’s the 800-pound gorilla in the room. Entitlement is the LOUDEST voice in the world—undeniably loud. It’s so consuming that everyone in its vicinity can feel it.

How does it affect those within its reach?  In a word: LOUD DEMAND!

And yet . . . no one can ever meet these expectations.  Funny enough, all must fail to satisfy these desires. Why? Because my fantasies of their fulfillment have been so exaggerated in my mind.  Not a soul could possibly placate them.

Why will entitlement not be satisfied? People who’re entitled ensure failure to make slaves and subjects that serve their requirements.  Entitlement is a vendetta on everyone for not being allowed to be God. When my wants roll over into entitlement, I no longer want satisfaction. I want vengeance!

Though I might idolize you today, tomorrow you’ll be pitched from the pedestal. 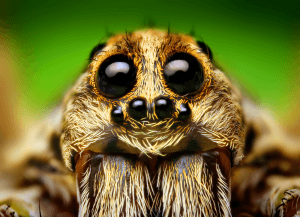 I spoke to a woman by phone who stated that she was a spider. I thought it was a strange confession, but as I got to know her over the months that followed, it was clear she knew herself.  Her calls became more and more frequent.  Ostensibly to place orders for teachings, but somehow I was the one who paid for the product with my time.  She complained about the fact that her children hated her; that they abandoned her after hearing the slander from an adulterous husband.  The tale of woe was deeply sad.

The slander continued about her church and pastor and their unwillingness to assist her.  She was either the singly most abused woman in the world – or she was amiss.  As I continued to interact with her, I began to feel as if she was draining my life away.

Every interaction was a bloodletting in which I was the donor.  Eventually I had to say “enough” and establish boundaries.  At this point, she turned from pitiful to vicious. No one would tell her NO!

Alas, the spider was revealed.  She webbed persons and felt completely entitled to suck time, energy, and life.  She was DUE because she had been wronged.  I wasn’t her abuser, but I would pay.

She began to attack because my reasonable “no” met her unreasonable demands.  She would have me pay, one-way or another. 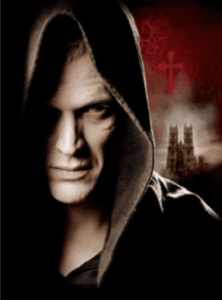 We hold to our demanding perspective and evangelize to make converts. Our goal: to prove that my entitlements are valid and right.  We’ll defend what we’re entitled to, hell or high water, and punish all who stand opposed.  Oh, entitlement makes us such an evil vessel of Satan’s hatred of God (Isaiah 14:13, 14).

Our opinion of reality creates our world of thought.  My entangled beliefs become a doctrine of accepted rules, a special “tree of knowledge,” with every branch carefully inspected for my approval.

‘This is okay, and that will have to GO.  This is right, that is wrong.”  Because I say so!

The audacity and arrogance of man who red-marks God’s choices!  ‘This doesn’t suit me or fall in line with MY design!” Because it’s OUR reality, we defend it tooth and nail.  This falsehood I built is fortressed with my feelings. The walls are my deferred hopes and heart sickness.  We murder some and reward others, depending on whether they maintain our dogmas or not. 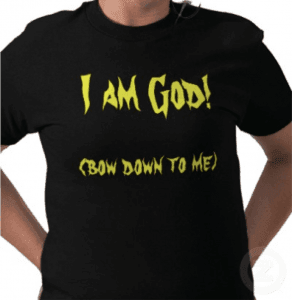 The Standard is ME!

The creed is ME.  “I will be pleased with you if you yield and serve me—but if you don’t, oh, the darkness that I will make.”  I will punish you.

Someone will pay with my fury! “My needs were overlooked, I deserve retribution.”

Click to the beginning of the Series Deadly Pandemic

This is definitely uncovering places in my heart. Thank you.

Great insight and message John, thanks. Spiritual leaches, blood suckers and black widows always bring out my boundaries too.

(Deep sigh!). John, thank you for these amazing posts . Your words today have given me new insight into to a relationship problem I have been dealing with for decades. You described it to a “T”. I am so grateful to our Abba Father for gifting you and for your faithfulness in edifying the Body.

“This falsehood I built is fortressed with my feelings. The walls are my deferred hopes and heart sickness.”
The timing of this message is so perfect.
Please pray for me

I, too, will pray for you Diane.

Diane, there is prayer going out with this message, you are certainly covered specifically and corporately.