This morning I awoke to a request from one of the readers of Get Along With God. She’s a precious, beloved sister and a long time friend of Shulamite Ministries. And when I say request, I don’t mean, “Hey, could you help me move this weekend?” It was a request like someone calling into a radio station asking for the DJ to play a song. Oh, it filled my heart with joy! Not only were the messages on royalty being read and enjoyed, but also someone was requesting more. To this, how could I say no? All I have to say is, I will have to do it from beneath a huge ear-to-ear grin.

How to Be Impartial 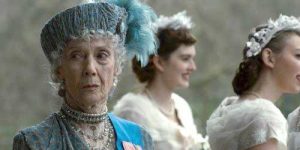 I feel like Casey Kasem (hehehe). Robin wrote, “Oh, I am so glad to see you all talking about The Crown.  I have been waiting to hear you write on this one conversation between the Queen and her grandmother.  The scene was the next day after The Queen had met with Mr. Churchill and she was going to dismiss him as Prime Minister but she did nothing.  So the next day she met with her grandmother and this was their conversation. After I heard it I thought…they have been talking to Martha…LOL!”

Queen Elizabeth: What if the fog hadn’t lifted? And the government had continued to flounder? And people had continued to die? And Churchill had continued to cling to power? And the country had continued to suffer? It doesn’t feel right, as head of state, to do nothing.
Queen Mother Mary: It is exactly right!
Elizabeth: Is it? But surely doing nothing is no job at all.
Mary: To do nothing is the hardest job of all, and it will take every ounce of energy that you have. To be impartial is not natural, not human. People will always want you to smile, or agree, or frown, and the minute you do, you will have declared a position, a point of view and that is the one thing as sovereign that you are not entitled to do.  The less you do, the less you say, or agree, or smile…
Elizabeth: …or think, or feel, or breathe or exist…
Mary: …the better!

Impartial is Not Natural 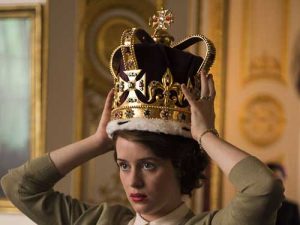 In this scenario, Elizabeth felt powerless in her role as “head of state.” She had to watch as a toxic fog was killing her people and do nothing. Elizabeth’s role was not to be a political or executive ruler; her role was something so much higher. Her life stood for the crown and the life and identity of the nation.

You could easily go through this TV series and just enjoy the story. But ever so often, God seems to descend upon something from the world and then hijack it to deliver His own message. Sure, some may say, “God doesn’t use the world to speak to us, He only uses His Word!” But I think this is rather limiting to a God who did CREATE this world and all that is within it to make Himself known. If you relegate His speaking to the reading of The Word, you will miss some of His Voice. Though everything must line up with The Word, the delivery of His message might just come by an extended carrier. For me, and obviously this requester, The Crown seems to be His current delivery service.

Dear Robin, yes this dialog was piercing. We, God’s Royal children, must not live in our opinions. People in our lives will beg us for our opinion, our stance, and our reaction, but I am not afforded such an indulgence. My life is not my own, which includes all of my opinions.

Being Impartial with No Opinion is Not Natural 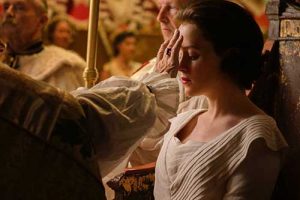 Look back at my above example. If I’d had the opinion that I described, I would’ve missed God, His Voice and His message to me. Opinions about anything from presidential candidates to where He chooses to speak are simply death. It’s the choosing of the tree of knowledge (my opinion) rather than Tree of Life (Jesus Christ). To be impartial is not natural or human—it’s Divine. As a priest of the Most High, I am an ambassador of His Great Mystery, which is Christ in me the hope of glory. With this comes the terrible responsibility to let Him be my life rather than being the life myself.

People will always want me to declare my position and point of view as if truth. But the danger is that they then attribute my opinions to God Himself. They aren’t wrong. If we reflect Him, then He should be what they see, not me. As His, my personal opinion is one thing to which I’m not entitled. This is the hardest job of all, and it will take every ounce of energy I have. Living dead to self and alive IN Him is a supernatural work and one that must transpire.

Do you not know that your body is a temple of the Holy Spirit who is within you, whom you have [received as a gift] from God, and that you are not your own [property]? You were bought with a price [you were actually purchased with the precious blood of Jesus and made His own]. So then, honor and glorify God with your body.
1 Corinthians 6:19-20 AMP

This is getting long so I will follow it up on Thursday with WHY Queen Elizabeth had to remain silent.

smile, agree, frown…familiar ground. To be ‘keeper of me’ in any way…to brace against forces of influence around me, will end in disaster. I will be braced against God at the bottom if it. Being embroiled.. keeps me from sensitivity to the Spirit, & so, insensitive to others. All expectation, belongs with Christ, there is no other. God had spoken this verse to me. “The lines have fallen for me in pleasant places; yes, I have a goodly heritage.” (Ps.16:6) Oh, I wondered what He would bring in my day. Such mercy given. But I’d braced myself with a little… Read more »

Bless you John for your response and you Robin for your pursuit of more. I find that once God has one positioned… “We, God’s Royal children, must not live in our opinions. People in our lives will beg us for our opinion, our stance, and our reaction, but I am not afforded such an indulgence. My life is not my own, which includes all of my opinions.” …it is the most curious thing to realize you TRULY have NO THOUGHT towards an opinion on subjects/ideas/actions/ANYTHING, if He has not ordained it. Most often there is (for me anyway) only a… Read more »