Our United States military normally promotes high-ranking officers based on a number of qualities. There is, of course, the ability to command, the performance of his job, and the unavoidable politics. But there’s also another factor the officer is weighed by—his family. Wives and children can make or break an officer’s promotion. The reason for this is because a man’s family can reflect his deep inner life. A family is a reflection of the life that may not necessarily be seen in the performance of a man’s duties. Ultimately, it’s the rest of the story, which completes the portrait of the officer. 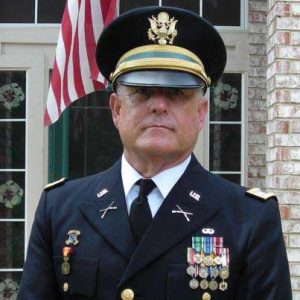 The inner life of a man is exposed by his choice of spouse. Most of the time, a spouse is chosen out of our core values. This choice reveals who we are in private. On a deeply psychological basis we choose a spouse out of our own sense of worth and value. It isn’t necessarily what we aspire to, but how we see ourselves when we look into the mirror. A man with low self-worth will choose a baser woman for a wife. And a man of noble character will choose a wife of elegant character. Your choice of spouse reflects the heart you have about yourself.

Many, many factors play into this—childhood, parental issues, ego, self-esteem. But the choice of spouse reflects the inward heart of a person. I know of a few military men who were looking for advancement into high-ranking positions. These men were passed over again and again by officers whose families reflected their greater character. An officer’s wife must behave as an officer’s wife or that officer gets passed over for the promotion. An officer’s children must behave or their father will lose the chance for promotion.

Now, I am not blaming the wife in this scenario; the man makes his choice based on his value of himself. He chooses a wife out of a deep inner standard, a personal reflection of how he sees himself. With that said, can you blame the military that withholds advancement if the soldier can’t even manage his own household? We are talking about positions of great responsibility and high honor, and the military looks at the whole of the soldier, not just their job performance. A family is a view behind the scenes of a man. The military does its best to ensure integrity all the way through a man when they are laying so much on the line. They have command over billions of dollars worth of equipment and have power over the lives of the many soldiers under them. 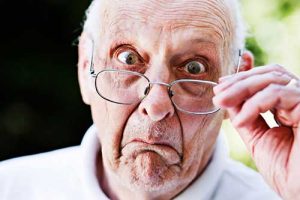 What does this have to do with the Christian life? Most, if not all, of our choices are made from how we see ourselves. Not just the choice of a spouse but all of our choices. We live our lives projecting how we see ourselves. My life is literally a billboard to the world revealing the picture of how I see myself. Like the emperor with no clothes, we walk about thinking we are covered, but all the while the world is witness to our inward parts.

I know I have personally made poor choices that were a reflection of how I viewed myself. I’ve judged myself by old concepts and values and then lived out choices that reflected the old man rather than my new man in Christ. This is the hope of Satan. How he longs to capture us to the thinking of our old man rather than the New Man with a new nature!

Though grace is amazingly present this side of the cross, I still don’t want to be passed over for my heavenly promotions because I’m maintaining a wrong view of myself. The good news is the new creation is a New Man altogether. I have been saved from the old nature into a totally new reality. It’s foolishness to continue to think and choose from that old life. My new creation is NOT constrained by the old nature and my divine destiny is His promotion.

This means that our knowledge of men can no longer be based on their outward lives (indeed, even though we knew Christ as a man we do not know Him like that any longer). For if a man is in Christ he becomes a new person altogether—the past is finished and gone, everything has become fresh and new. All this is God’s doing, for He has reconciled us to Himself through Jesus Christ; and He has made us agents of the reconciliation.
2 Corinthians 5:16-18 PHILLIPS

John, I’m reading this for the first time and it’s absolute divinely inspired, even though we do discern this inwardly & amount ourselves! Deep thoughts to ponder & consider since it bears out the reality of our lives and is deeply humbling. Praise God for this.

This post is chock full of uncomfortable truths, John! I am pierced and exposed by it, but it’s the kind of pain that leads to freedom, so THANK YOU. I’m especially grateful that you ended with the unending hope that is the New Creation. Total, outlandish grace for all of us!