I had a life-altering encounter and revelation today. Here it is: There’s no thick wall between God and I – there is only a thin veil separating me from His heavenly reality. Yes, just a thin veil, like cellophane or tissue paper or perhaps even a vapor. All my work to take down the thick wall of separation between God and I is illusionary. It just does not exist for the born-again believer. It’s only in our thinking. 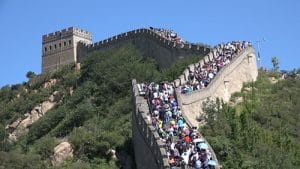 I was praying for Martha this morning as she writes one of the most powerful books I have ever read (Altogether Forgiven). There has been such war against this book, and we all have suffered the effects of the battle. But today I began to pray in the Spirit and within moments, the apparent obstruction was gone. It was like the ripping of a thin veil and on the other side was the presence and perfection of Christ. What had originally boasted as a great wall of separation was annihilated within a second. I believe it could’ve been destroyed with a single breath. Poof!

On the other side of this prayer, I knew it wasn’t just for today’s crisis and this book; it was for my always. Christ took down the great barrier between the Father and I and now my believing is the only thing that separates me. And this thin veil is easily demolished, as I said, with but a breath.

It is Just a Thin Veil 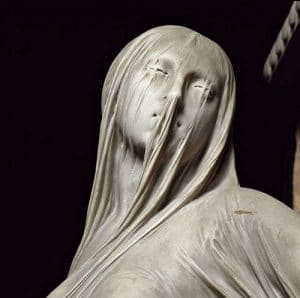 The reality is I am His and He is my Life. I can touch heaven with a simple reach because my life is in the heavens. All the enemies hocus-pocus is just that: smoke and mirrors. He has been defeated with Christ’s work on the cross and now His life is my reality.

Another visual to illustrate this revelation is the picture on a movie screen. The enemies lies are just a projection, not reality. It’s the appearance of a reality projected onto a thin veil of unreality. Yet faith pops it like a bubble.

When I was praying, I felt it break and after it did, the clarity was remarkable. I was in the heavens (because that is where I dwell) and could deal with things in Christ’s reality. The clear focus made things specific rather than vague. I repented of something specifically and I saw reality as Light and Revelation. This is OUR REALITY. As born-again believers truly surrendered and living in the Will of God, we live from the heavens.

Satan Lies About the Thick Wall 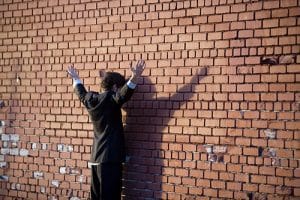 Satan tricks me, saying, “God is always displeased with you, your life is too hard, and you will never be anything but wretched.” But these are all LIES, and praise God they are. We live beyond that thin veil; we live in Him. The trickery is just that: deception. I am choosing with all my heart to resist that veil because it is fake news and a façade. I refuse the thick wall narrative. The reality is this: all that Satan has is his lies.

This doesn’t mean I can start to live in unreality; what it means is that I live in Christ’s reality. You see, today when I got beyond that thin veil in prayer, I immediately faced something I had to repent over. I came to His reality and His views with clarity and integrity about the situation and me. Another thing was His Light and Revelation, which was true meat and Life.

I choose my life by faith in Jesus Christ rather than entertaining the subterfuge. His Life will keep me in His Life. And though the lies are prevalent, they are only prevalent because all that the devil has is deceit.

I have been crucified with Christ; and it is no longer I who live, but Christ lives in me; and the life which I now live in the flesh I live by faith in the Son of God, who loved me and gave Himself up for me.
Galatians 2:20 NASB

Regarding a significant decision and path for our children, my husband and I were anticipating God’s favor despite natural circumstances. I was declaring by faith that God could grant favor and open doors to our children’s appointed destiny. I asked Jesus to be through me His desired confidence and submission in the situation. I wanted the ‘bewilderment of a child’ Martha spoke of at the Atlanta Conference. What transpired was disappointing & disillusioning because it seemed a total lack of favor; I concluded it so as I asked the Lord to interpret it for me as I surrendered my girls… Read more »

Bless you Heidi! I don’t know the particulars of your story but your statement “I am so dependent on living each day, each moment as a child, knowing nothing except what He shows me. It is certainly an adventure!” says it all. This is the place of His glory and Life. I thank you for commenting and bless you in the Way. What a testimony of trust and reliance! WOW, “only simple shift in seeing the ‘lack of favor’ as unseen favor.”

John, this post has such light and truth revealed………while pondering this revelation you shared I wondered if this is also connected with the scripture in Matthew 27:51 “At that moment the curtain in the Temple was torn in two, from top to bottom”? So grateful for your reality in Christ’s reality that you all share that it begins with repentance is some how a great comfort to my spirit and resonants that you are seeking HIM with your WHOLE HEART. Your prayers are being answered……..already have friends asking about this new book “Altogether Forgiven” is it ready. May the Lord… Read more »

Bless you Sue, yes I do think it has everything to do with the rent veil. Christ’s sacrifice brought my heavenly reality into my reality. Now all there is, is the lie of Satan that Christ’s completed work is not complete in my life. Just WOW huh?

Martha and I are working to complete the book by the end of the month and get it edited by Jennifer and on the the printers. Please stand with us for Christ to finish the work He started. Love you Sue! Great to see you at the conference!

Oh bless you for your hearing and writing and praying for Martha, I have been praying for her to have the zeal, strength to finish the book on forgiveness. We all need it and are hungering and thirsting for it.
Yes, I am dealing in realities also, and they “ain’t always pretty!!!!”
Oh this wisdom brings us such freedom in HIS reality.
Oh that conference was so spectacular………..praying for you to have time to edit the messages!!!! You are a wonder