There’s nothing so solid as my opinion when it becomes my conviction. This is especially true when I feel I’ve formed that opinion on my own. I can even be lead to draw a conclusion, but when I feel my deductions are my own, they’re more established than if someone tells me what to think. If someone outwardly influences my opinion, there’s always the chance that another’s argument might sway that opinion back. But if I make up my own mind, it becomes more than just my opinion: it becomes my personal conviction. 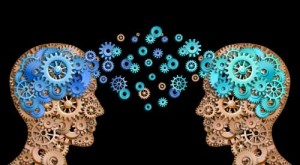 I have recently seen this reality during our current political race. I guess it’s the art of persuasion. One can imply something of another and not even have to outright state it. This influence is all that is needed to lead the masses to make an assumption, then form an opinion, and cement their conviction from their conclusion. The accuser can get away scot-free because they “officially” didn’t say anything derogatory or slanderous. In this case, my opinion is fixed, assuming that it’s my own, even though I was LED by another.

Satan has used this tactic against us since the Garden. He led Eve to draw her own conclusions about God. The devil knew she had to own the thoughts in order for them to have devastating power. She had to ingest his accusations against God to make them her personal conviction. She concluded, “God is withholding from me something that I need! He lied to me about the consequences of my actions! God is not good, He just wants to keep me beneath Him and stupid!” 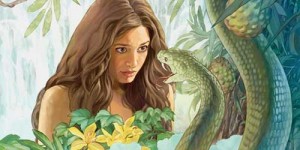 Now the serpent was more crafty than any of the wild animals the Lord God had made. He said to the woman, “Did God really say, ‘You must not eat from any tree in the garden?’”
Genesis 3:1 NIV

Martha makes the point in the booklet The Great Lie that Satan didn’t call God a liar. Rather, he led Eve to draw her own conclusion about God by saying God told a lie. So crafty!

Satan also tried to do the same thing in his dealing with Jesus. “The tempter came to Him and said, ‘If you are the Son of God, tell these stones to become bread’” (Matthew 4:3 NIV). Satan was attempting to cause Jesus to question His own sonship and to use illegitimate power. This is a tactic the enemy uses on us all the time.

Why is this true? Why are the conclusions based on my opinion so cemented? Why, people will even die for their opinions! Because when I form my assumptions, they’re connected to my pride. My opinion, which is influenced by subtle suggestion, is shielded and fixed within the walls of my pride–it has become MINE, I made it! Look at Eve. When she owned the serpent’s accusations against God, they became her own accusations of God and her justification to go against Him.

Immunity to My Opinion 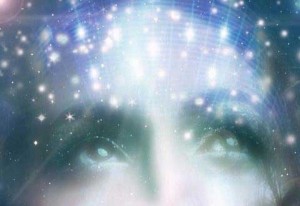 There’s only one way of immunity to this – the Mind of the Spirit. We always have someone painting on our canvas with the art of persuasion it tempts us to independent. With all the voices out there vying to influence our convictions, we must hear correctly. If they lead my opinion, they can direct my vote, my money, and my life.

My safety is to surrender all my thoughts to the Mind of Christ.

It isn’t just for the US political race; it’s my vital necessity for life. Sure, I witnessed this current persuasive speech on the campaign trail, but in reality, my opinion has greater scope of influence than just my vote in November 2016. It leads my whole life. This is why the directing voice of my life must be my Shepherd’s Voice, rather than the chatter of humanity.

My sheep hear My voice, I know them, and they follow Me.

They will never follow a stranger, but will run away from him, because they do not know the voice of strangers.
John 10:27 HCSB; John 10:5 AMP

At the first Shulamite Conference I ever attended I met a women. During one of the breaks we sat and visited. She shared much with me about her life, her choice of church non-attendance and the fact that she was attempting to daily walk with NO OPINION. I was hooked! I spent time seeking the Lords thoughts about my own opinions and whether He intended for me to have them. Praying for every thought to be held captive to the mind of Christ was/is my answer. Over the years the Lord and I have revisited that topic. However, I am… Read more »

John, I had to go look through all my MESSAGE SERIES to see if I already had the MIND OF THE Spirit. I did not but have just ordered. Bless you for this post, “my Shepherd’s Voice” helped to bring to my mind, the quiet voice that HE has used to graciously lead me as well as the booming voice to “awaken me” May the “Shepherd’s Voice” always be this precious to me. Reminds me of HIS promise in Isaiah 30:21 “Whether you turn to the right or to the left your ears will hear a voice behind you saying,… Read more »

Love you John. While you wrote about the serpent and Eve, it came to mind how precisely the Scriptures call Satan “the liar”. What he vomited on us was a lie about the CHARACTER and NATURE of God… Satan called God a liar and we completely bought it to COVER ourselves with our own thoughts and our own protection and power… barely none, so we came under Satan’s influence, not God’s. Through a lie driven to attack God’s love and character, we bought independence through our pride. Our pride was the fuel that bought independence… because we saw with good… Read more »

And then Jesus Christ came to be dependent again through God’s character: humility.