John is writing current posts about royal versus royalty. Several of us are watching the series The Crown about the British royalty. Fascinating!

The series has given me great compassion for those figures in the public eye, to see their very human pains and troubles. In the story, a clear distinction is drawn between those royals who will die for the good of the nation and those who use the titles for selfish indulgence and neglect their position of profound responsibility.

John’s post reminds me of one small incident that has never left me though it happened many years ago. It was an experience of meeting royalty among common folk. 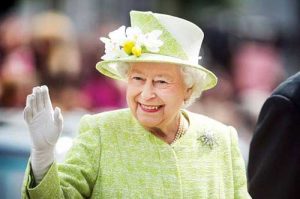 At the time, my husband was the youngest senator ever elected to the Georgia Senate. We attended many functions at the governor’s mansion – some were dinners, others were formal dress occasions. And I was always by far the youngest wife. I had red hair then, not white!

At one of those dinners we were seated at a small round table with several senators and their wives. I was acquainted with one of the couples that sat next to us, because my husband greatly admired the man. He was held in high honor because of his integrity and wisdom. They both walked in very high society, not only in Atlanta but also throughout the state and beyond. He was considered to have great promise for high office in the state and even Congress.

I’ll call them David and Mary. (They asked me to call them by their first name!)

I was a bit overwhelmed by such a grand occasion. They sensed it and engaged me in conversation as though I were equal to anyone in the room. They were careful to include me in every conversation with my husband, giving me respect and deference. I was the youngest and the least, just a wife and a new mother. Yet they treated me as a person on their level of social and political importance. No, it was more than that. They treated me as having value in simply who I was. Their interest and kindness were genuine and I could sense that. It was not political.

That night I got something in my eye and I was struggling with it, trying to be discreet but very embarrassed. Mary noticed as no one else did – she was simply aware of others – and asked me about it. David rose from his chair, came over to me, took the corner of a napkin and very carefully removed the speck. He came to help…as a servant.

They were not condescending to me or to anyone. They seemed to understand that “to whom much is given, much is required.” From the position of privilege, they saw it as a responsibility to give and serve. What I saw in them both was that rare humility, coming from those who are truly important.

It’s strange that such a small incident has remained vividly with me though I have forgotten thousands of memories. I always felt I had met what true royalty looks like and…how it behaves.

Answering the Call to Royalty – Or Not 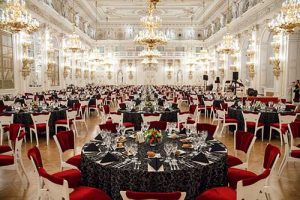 I once sat next to a presidential candidate at a luncheon. I was close enough to hear all his conversation and observe his ways. His talk was laced with profanity and his manner was unmistakably arrogant. He was not royalty!

Later he did become president. I always felt that his pride defeated him and robbed the nation of a man who had the makings of a prince.

(By the way, I won’t tell his name and you probably would never guess who it was anyway. Not our president from Georgia.)

We met many noble men in the Georgia Senate. Men who were genuinely giving enormous time and effort to their country – (at that time) without any pay or compensation. In the fires of our government-by-the-people, there were those who proved they had no personal agenda, willing to work and to fight for the right things. We were amazed that such men of business and integrity would sacrifice and work so hard to improve life for all. They were men and women who made LAWS under which we live – to this day!

Kenneth and I knew from the inside what time and sacrifice it took to serve. And mostly, it was thankless endeavor. The only reward was that you felt you had made a difference for your state. 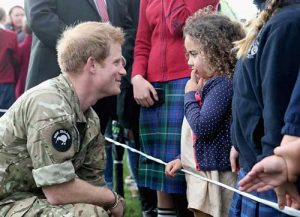 On the other hand, during that session of the Senate, four or five men went to prison. They were charged for crimes against the government they claimed to serve and against the people they promised to represent: things like fraud and theft, felonies and corruption, all from a shocking lack of character.

Strangely, the senators knew each other. The crooks were known before they were arrested. Those who would take a bribe from special interests could be seen in the halls spending too much time with lobbyists. The senators known for integrity were not offered bribes. It all became obvious within the Senate chambers, but not so much known to the public. Yet it all came out in the end…as it always does.

There were two kinds of people in that Georgia Senate. Those who GAVE and those who TOOK. That’s true in every group, be it government, church or family.

I have often wondered if that has changed now for the nation. It seems hard to find a true patriot and statesman, a Giver. Have the Takers taken over our country?

God bless ALL those who are taking the hard path of royalty.

Whether great or small, may we see our King and be made like Him.

I hadn’t been to church in a long while. So long I had clearly been estranged. during prayer they even announced in the kindest way that they would prefer strangers and riff raff attend a different church. I knew they were refering to me because there was very poor attendance numbers that day. And she looked right at me. I took it in stride and pretended not to notice. They were so snewty that they did not allow the collectoin plate to pass me in fear I might steel from it. I politely didn’t pay it any thought on the… Read more »

That is such a precious memory, Martha! As you know, I never had the opportunity to move in circles of high society; quite the contrary, but I would not change a thing. The Author has many different stories, all with the same glorious Signature. When Stephen and I were first married, we helped at a coffeehouse every Saturday evening where he played the guitar while a few of us ladies would bring pastries and keep the coffee going during a short, topical bible study. Many just came in for the food, but that was OK. This coffeehouse doubled as Brother… Read more »

Dear Pauline,
Your story is poignant and precious. We wept! And your part in it is precious to the Lord, I’m sure. Thank you so much for sharing this treasure!

Thank you for your keen awareness of God’s perspective and sharing HIS ways.. Bless you for your walk that is marked by Christ own life of servanthood and love for the brethren. OH this post humbles me and I so appreciate and join your prayer, “may we see our KING and be made like HIM.”

one can meet royalty in the most unlikeliest of places ….. such as waiting in line at the grocery store …..
a gentle yet deeply powerful encounter I will never forget ……

Dear Andrea, could you tell the story?